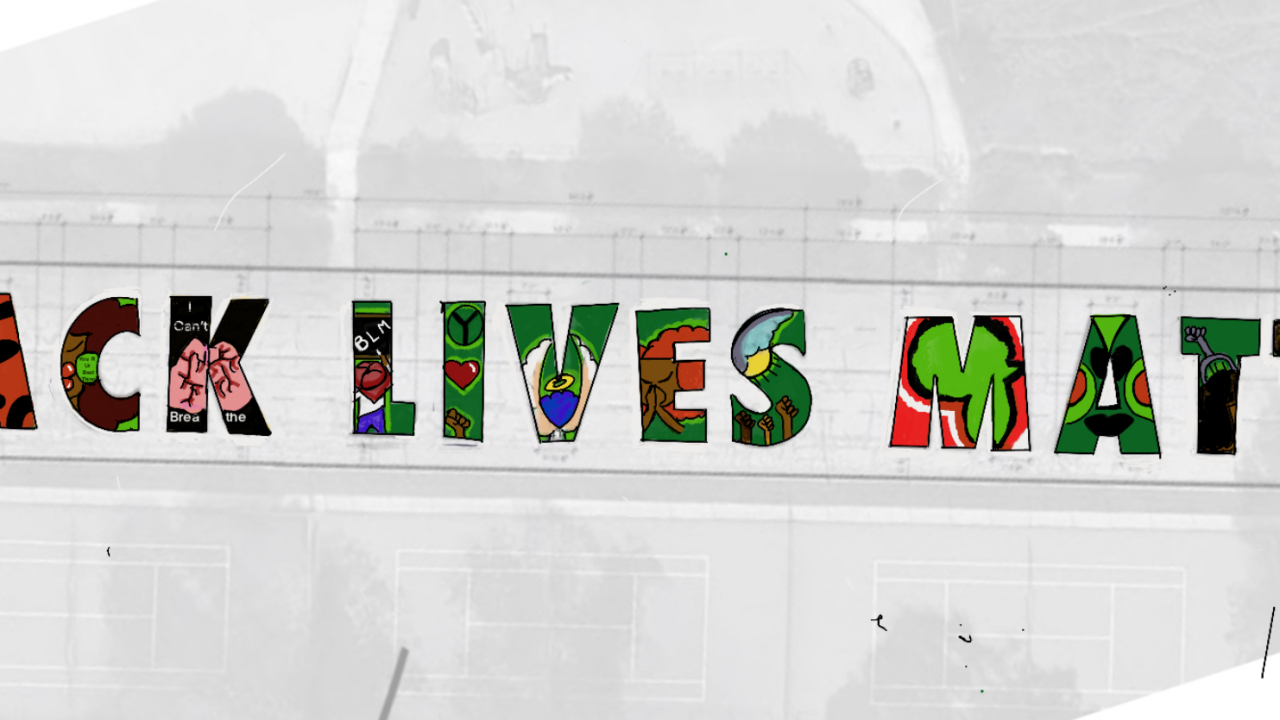 Copyright 2020 Scripps Media, Inc. All rights reserved. This material may not be published, broadcast, rewritten, or redistributed.
KSHB
Six Black Lives Matter murals will be painted across Kansas City, Missouri, over Labor Day weekend, including this mural planned for East 63rd Street and Brookside Boulevard

The KC Art on the Block effort is a partnership between the city, the Troost Market Collective, the NAACP Kansas City Missouri Branch and the Urban League of Greater Kansas City.

It's taken a lot of work and communication with the city, but organizers are confident the project will be a success. Barricades will go up at 6 a.m. Saturday at each location and painting should begin around 11 a.m.

"We went and asked these commercial corridors if they would be OK with us putting a mural on the street," Crissy Dastrup, with the Troost Market Collective, said. "We didn't want to go into communities in front of businesses and do this to them, as if we were lecturing them. The intent was to ask and invite. We're excited to have six sites that said, 'Yeah, let's do this.'"

Volunteers will help the artists paint the designs on the streets.

Dastrup said they received an overwhelming response from people wanting to help out. Other people can watch the event in progress.

"We are only able to allow so many people in the painting area at a time," Dastrup said. "They'll have to have a face mask. We have cleaning protocols. We have a sign-in sheet, so we can do contact tracing. So, we really want to be good stewards of our people and volunteers."

"This is ultimately for the next generation of kids," Justice Horn, project leader for the East 63rd Street and Brookside Boulevard site, said. "This for them to think and look and see that someone in the community took time out of their day to say, 'Hey my life matters.'"

Organizers are excited to kick off this event, but also have plans to protect the artists' work, including private security details.

"What we're making sure is that not only is there a sealant but there are people watching and protecting this site, because this is something important for not only the people coming out to paint it, but the community and generation after us," Horn said.

After everything is finished, the sealant will be applied to each of the murals to ensure the art will be safe to drive on for vehicles.

There also will be voter registration booths and census takers at the six mural sites..