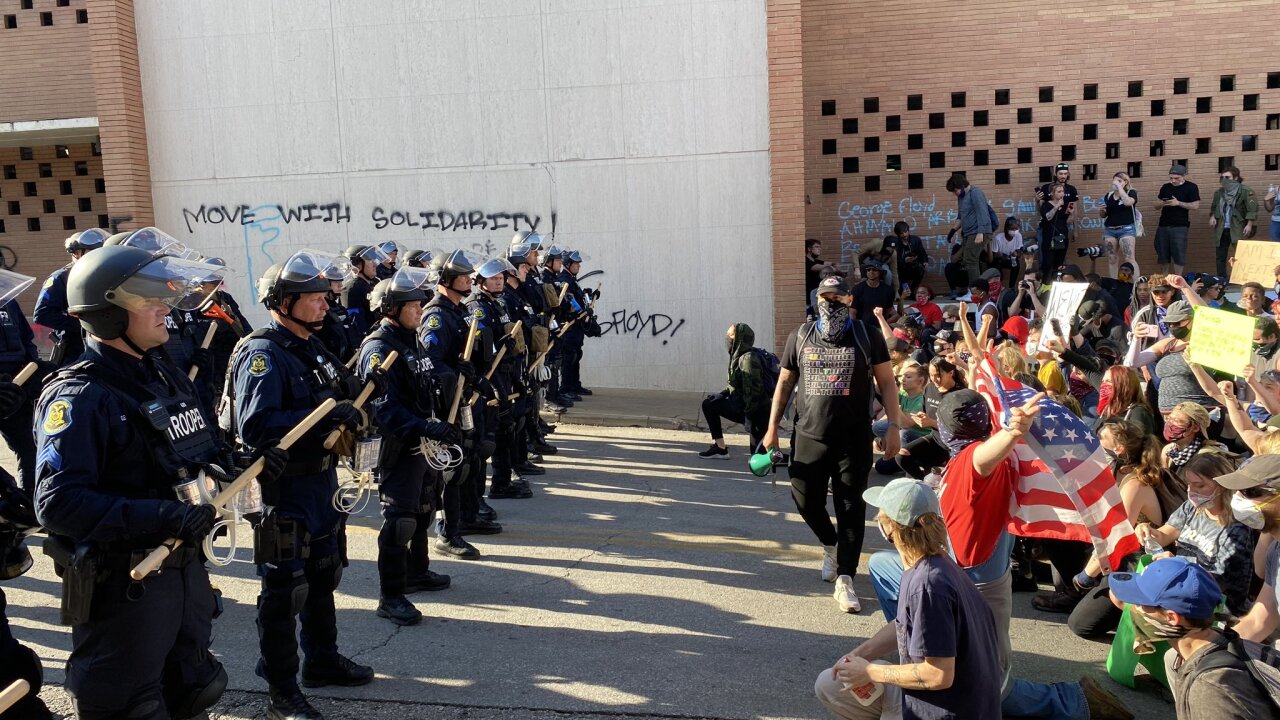 Aaron Ladd/KSHB
People protested police brutality gathered at the Country Club Plaza for a third night. Police lined the streets in efforts to keep protestors on the sidewalk.

KANSAS CITY, Mo. — Kansas City, Missouri, police accumulated millions of dollars in overtime and other expenses during the protests that took place near the Country Club Plaza after the death of George Floyd in Minneapolis.

A spokesperson confirmed the days of protests cost the department $2.1 million.

The protests began on May 29 and lasted over a week.

Police were most heavily present during the first weekend of protests, as officers in riot gear to corralled protesters and deployed tear gas and rubber bullets to keep the crowd from damaging property.

A few officers were injured in the first weekend of protests, including concussions and a liver laceration, due to objects being thrown by protesters.

The expenditure comes as the city is looking to cut the budget across city departments due to economic losses sustained during the COVID-19 pandemic.