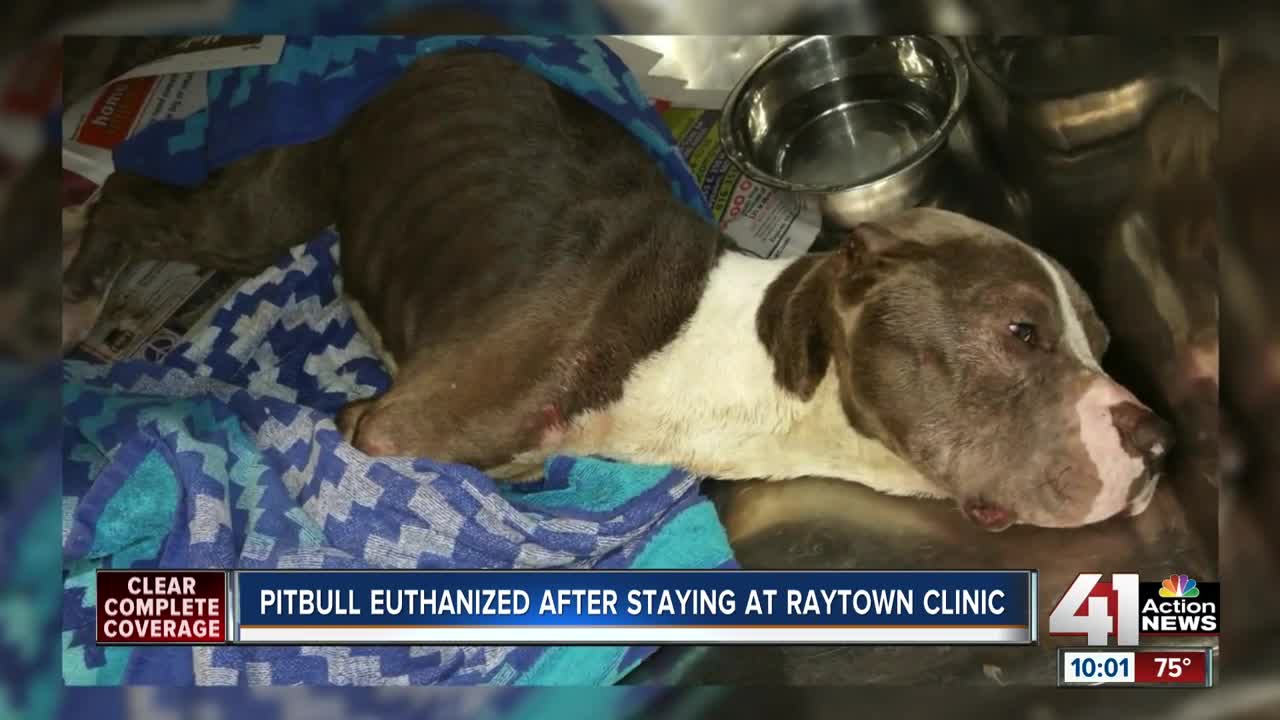 The City of Raytown and their contracted veterinarian each blame the other for the flaws in the process that led to a dog being euthanized. 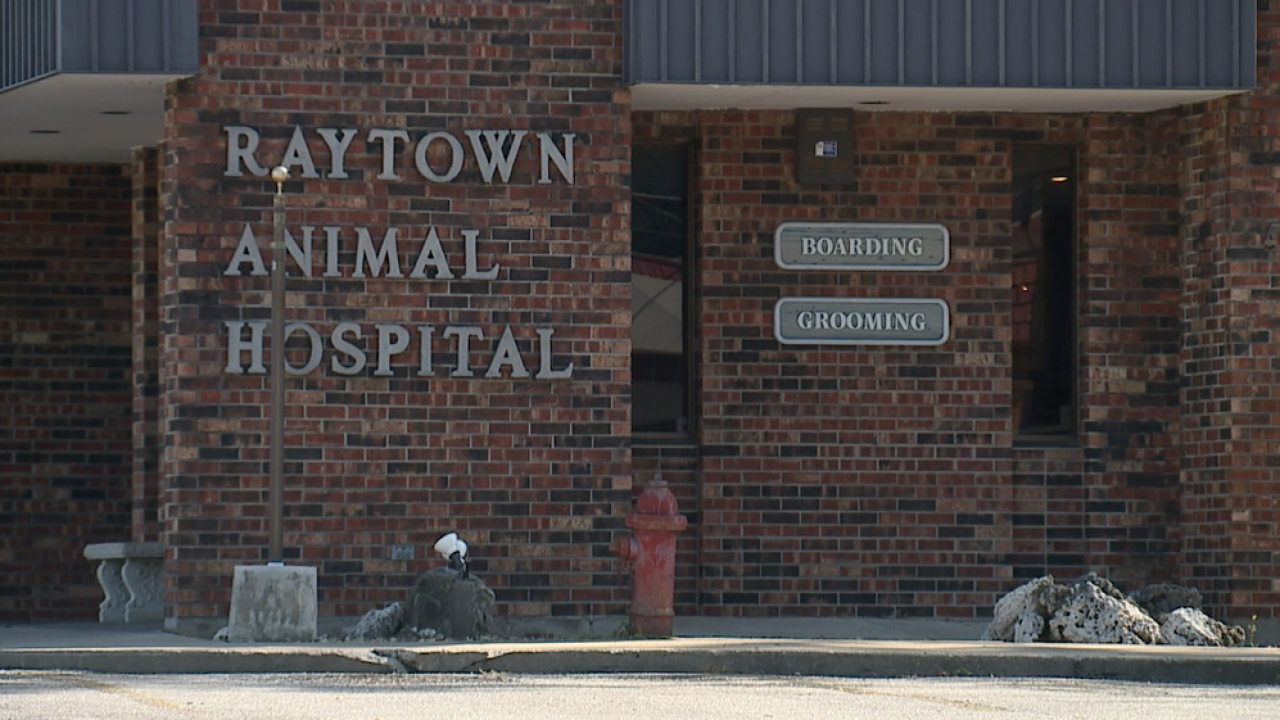 41 Action News obtained the itemized records for 2017-2018 that detail Dr. Rose's medical expenses charged to the city. The services add up to $80,000 for the year, with the majority of expenses going toward rabies vaccines for impounded animals.

As of 9/1 the city said it would implement a new procedure requiring medical records to be sent with an animal when its released from stray hold and into MARQ's care. Previously the rescue group had to request those records from the city.

A city-contracted veterinarian talked to 41 Action News about what led up to a pitbull being euthanized last month.

"I think a lot of this could have been avoided if somebody would have reached out with questions first," Dr. Heath Rose of Raytown Animal Hospital (RAH) said.

As part of his contract with the city, Rose boards dogs and cats picked up by animal control.

In July, a severely emaciated pitbull named Butch was picked up by an officer and taken to RAH.

"At that point in time, the dog had been eating," Rose said.

Butch stayed at the clinic for 15 hours, receiving food and water but no medical treatment. When he was released to Midwest Animal Resq (MARQ), an emergency vet found Butch was suffering from sepsis and shock. The decision was made to put him down.

The question 41 Action News has been pursuing for more than a month is, why didn't Butch receive medical care at the city-contracted RAH?

Rose maintains he was not authorized by the city to initiate it. He walked 41 Action News through the impound process from his perspective.

The veterinarian said any medical care begins with the city asking him to first examine an animal.

"That's typically the way it has been. They would flag a case or call us or contact us and authorize us to do any treatment," he said.

City Administrator Damon Hodges previously told 41 Action News "the decision to further treatment is made after initial assessment and observation by the vet and their staff," which can take 24 to 48 hours.

A key part of that process is tracking down the animal's owner, especially in a life-threatening situation.

"During the typical time frame, the vet and staff at the animal hospital are utilizing their professional judgment for the care of animals," Hodges went on to write.

The confusion over the medical care has been frustrating for MARQ Founder Erin Morse.

"Both parties say the other is responsible, and in the meantime not a lot happens," she said, "That's why we have tried to step in and say we'll take medical responsibility for these animals."

The city said talks are ongoing with both RAH and MARQ in the hopes of clarifying the process.

"We've talked with them a couple times as far as trying to get a better communication aspect going forward as far as what they want done with animals," Rose said of his interaction with the city's administration.

Previously, MARQ said it had never received medical records for animals released from RAH into its care. Rose said they would have to obtain that information from the city, not directly from him.

Itemized records for 2018 through 2019 show $30,000 spent from November through June. Microchipping and rabies vaccines made up the bulk of medical expenses for animals.

Rose said the same records are available for 2017 through 2018, which 41 Action News requested from the city. MARQ said staff and board members have previously been unable to obtain such detailed records.