Reports: Pompeo will not seek Senate seat from Kansas 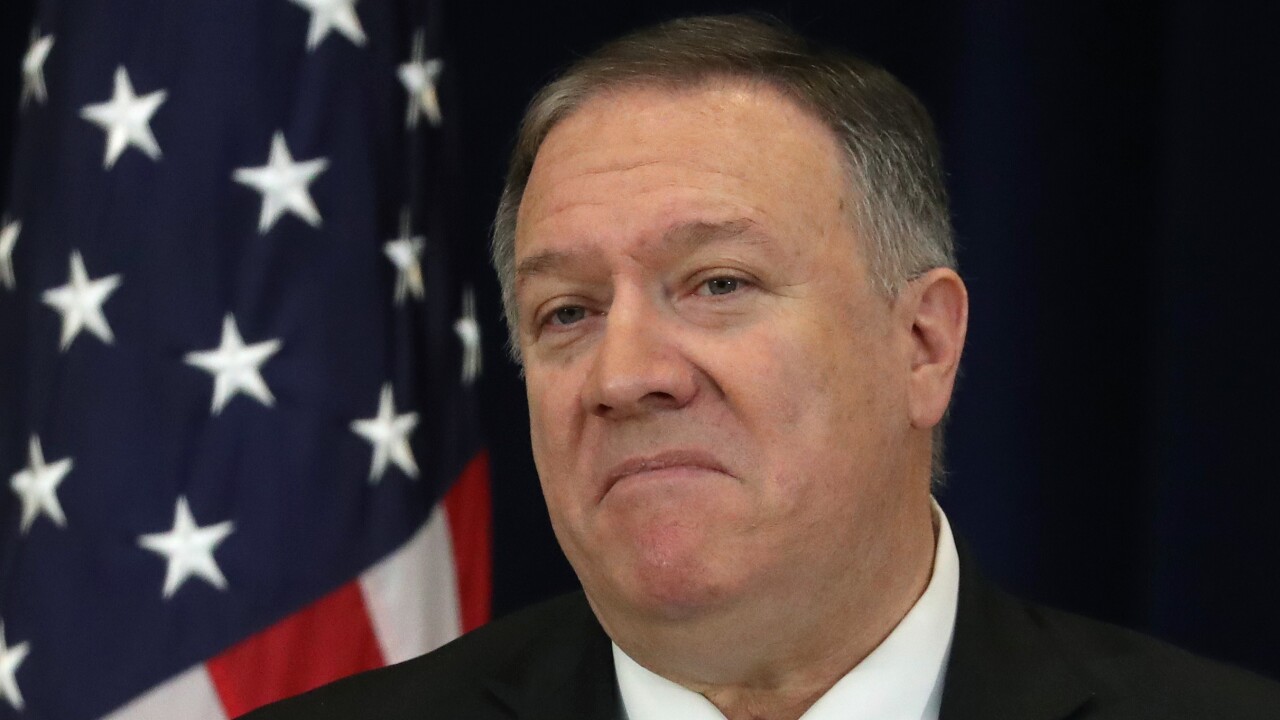 KANSAS CITY, Mo. — U.S. Secretary of State Mike Pompeo will not run for a soon-to-be vacant U.S. Senate in Kansas, according to multiple reports.

Pompeo, a Republican, reportedly told Senate Majority Leader Mitch McConnell, a Kentucky Republican, about the decision Monday, according to reports from The New York Times, Wall Street Journal and other outlets.

Sen. Pat Roberts, who has represented Kansas in the U.S. Senate since 1997, announced in January 2019 that he would not seek reelection for a fifth six-year term.

Several trips to Kansas — including meetings with prominent Republican donors like Charles Koch — fueled speculation that Pompeo was gearing up for a Senate bid.

President Trump has encouraged Pompeo to consider running, especially if the seat seems vulnerable to being flipped by a Democratic challenger.

Kansas state Senate President Susan Wagle released a statement following the reports that Pompeo would not run for the Senate.

"As we have been reminded in recent days, our world is a dangerous place and we need steady leadership now more than ever," Wagle said in the statement. "Secretary Pompeo has provided President Trump a steady foreign policy hand, first at the CIA and now at the State Department. I commend Secretary Pompeo for putting our nation first during this time of international turmoil. Our nation is lucky to have leaders like Secretary Pompeo in positions of national leadership and Kansans can be proud to call him a native son."

No Democrat has been elected to the Senate from Kansas since 1932.

Former Kansas Secretary of State Kris Kobach, who lost a gubernatorial bid to Gov. Laura Kelly in November 2018, is arguably the favorite to win the Republican nomination.

Pompeo is plenty busy in his current role as U.S. Secretary of State after the administration’s decision to launch an airstrike that killed Iranian Gen. Qassem Soleimani last week.