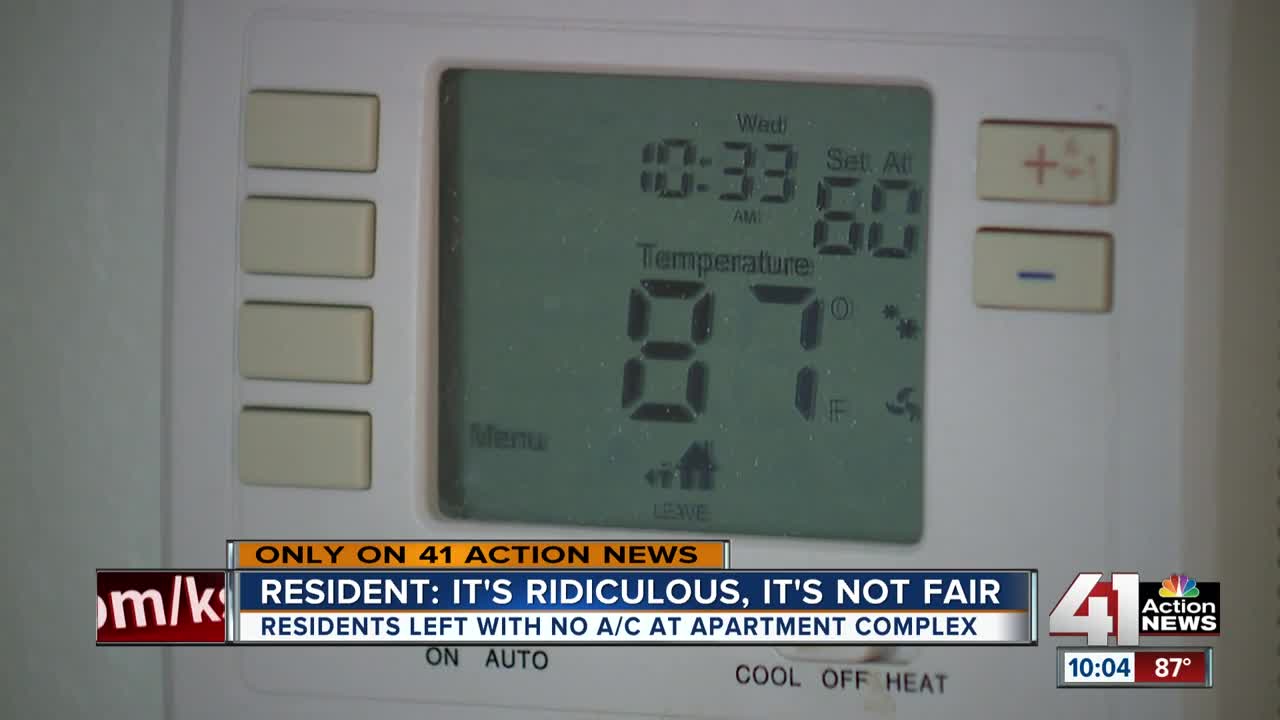 As temperatures rise amid the first heat wave of 2019, residents of a south Kansas City, Missouri, apartment complex continue to suffer without air-conditioned units. 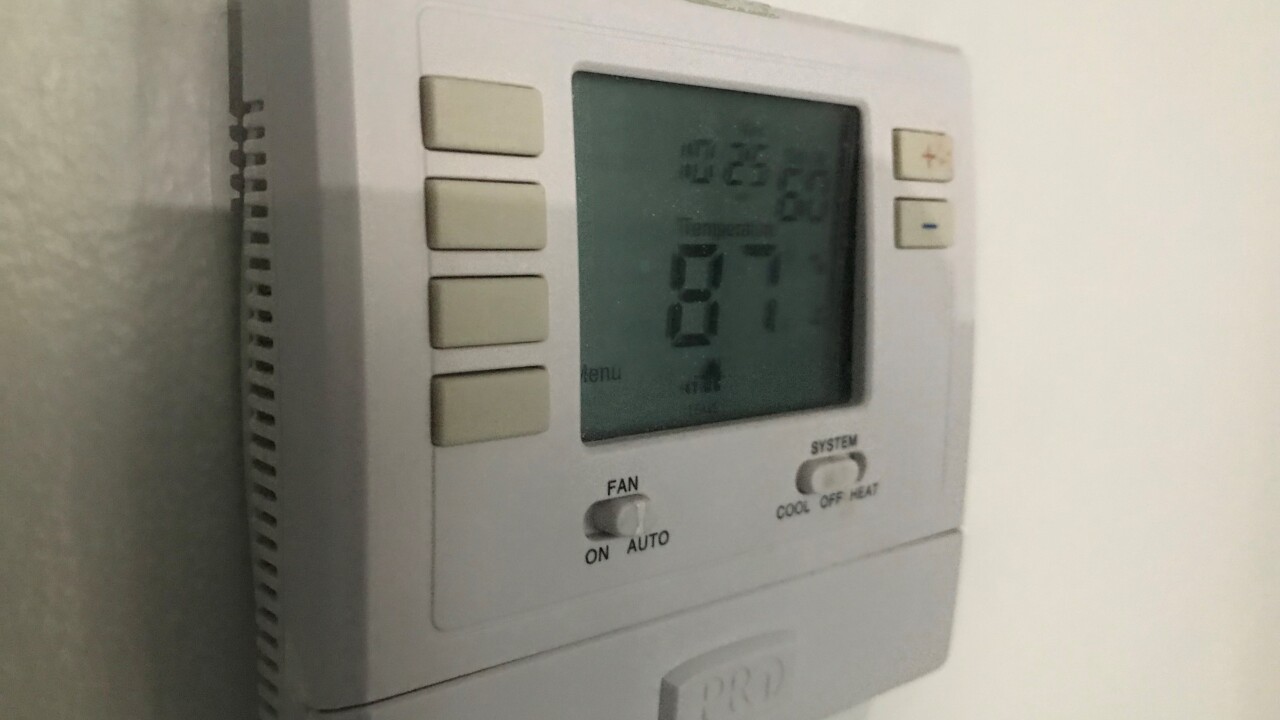 More residents at Ruskin Place Apartments contacted 41 Action News on Thursday, a day after we first reported on the issue.

One resident, who did not want to be identified for fear of retaliation from the apartment complex's management, said she recently discovered she does not even have an air-conditioning unit despite paying for cool air every month in her rent.

"It's ridiculous the amount of people that don't have air in here," she said.

Tiyonna Watkins, who reached out earlier in the week, said she and her two young children have been living without AC for about two months. She's notified management several times, but they have taken no action.

TEH Realty owns the Ruskin Place Apartments and several other complexes in Kansas City and St. Louis. The company is based outside the U.S.

Owner Michael Fein told 41 Action News by phone Wednesday he was "surprised" Watkins has been living without air conditioning since May and promised to send someone to check Watkins' apartment Thursday and install a window unit, in accordance with what he said was company policy.

According to Watkins, no one from the apartment management tried to contact her Thursday.

Calls from 41 Action News to Fein on Thursday went unanswered and unreturned.

"It makes me feel like all they want is our money and they don't care," said Gladys Payne, who has lived at Ruskin Place for a couple of months.

Payne said her air conditioning broke down a few weeks after she moved in. She complained at the complex's office every day for two and a half months before filing a report with the Kansas City Health Department.

"The day before the Health Department came, they fixed my air," she said.

Residents who have filed complaints with an apartment complex only to see no action taken also can file a consumer complaint online with the Missouri Attorney General's office.

Individuals who qualify for Section 8 housing can file an additional complaint with the Housing Authority of Kansas City.

Finally, those who pay their entire rent can file a complaint with the KCMO Health Department.

According to a spokesperson, the Missouri Attorney General has received three complaints against TEH Realty. Two complaints have been resolved through mediation and one complaint is still pending.