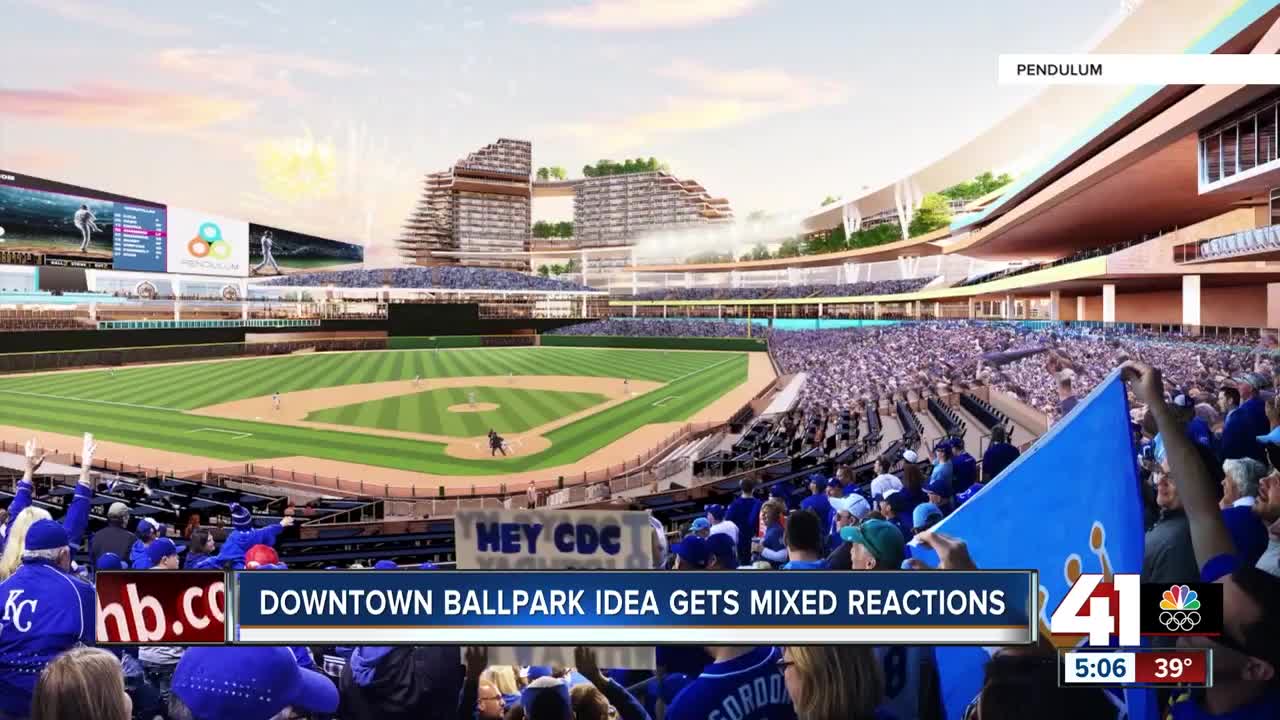 A Kansas City architecture firm is pitching its vision of a downtown ballpark. Its proposal puts the stadium in the East Village between 10th and 12th streets and Cherry St. and U.S. Highway 71. 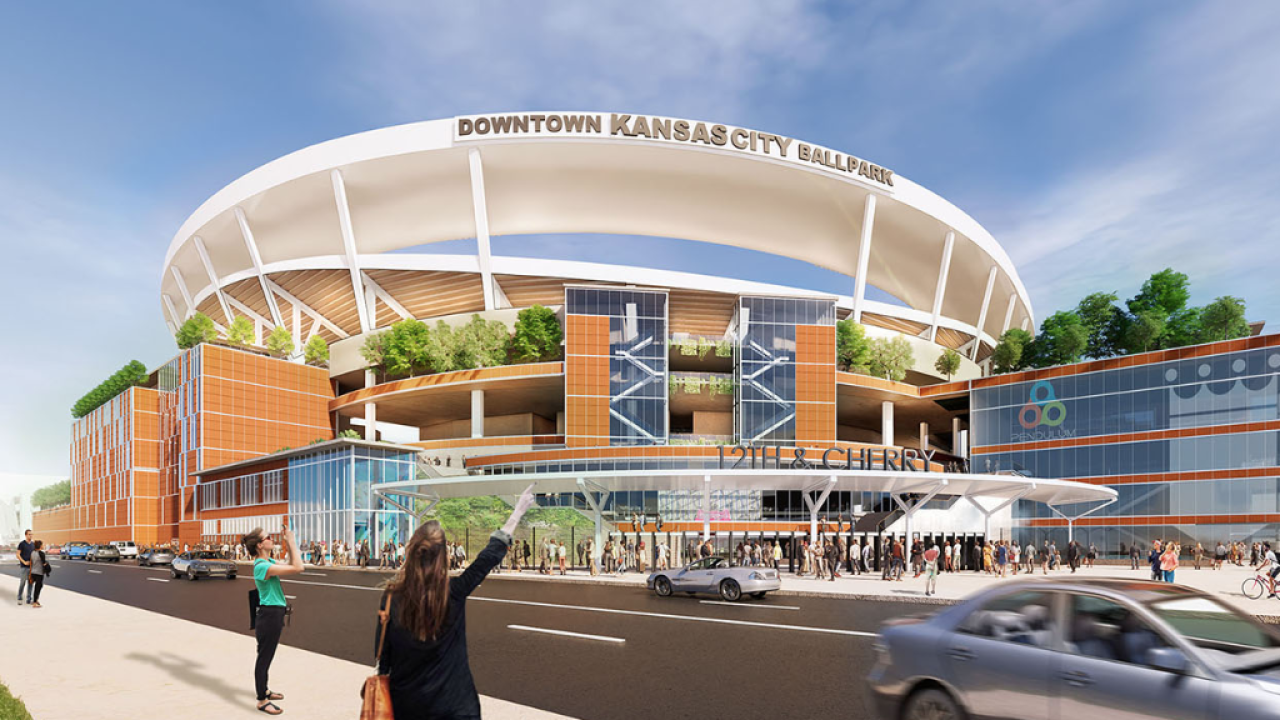 KANSAS CITY, Mo. — A Kansas City architecture firm is pitching its vision of a downtown ballpark.

Pendulum released renderings of what the stadium could look like.

Its proposal puts the stadium in the East Village between 10th and 12th streets and Cherry St. and U.S. Highway 71.

Jonathan O'Neil Cole with Pendulum said the space has several advantages like its access to public transportation and its proximity to U.S. Highway 71.

Royals Review editor Max Rieper said he's open to the idea of moving the Royals downtown, but it has to be the right idea. He said Pendulum's idea has some cool elements like luxury housing and a dog park, but overall, he feels it's a bit generic.

"It didn't seem like there was anything that screamed Kansas City about it," Rieper said. "It didn't include the iconic Royals Crown Vision scoreboard or the signature fountain display."

Rieper said there are pros and cons for both a downtown location and the stadium's current spot. For example, there isn't much to do around Kauffman Stadium now. However, there's plenty to do downtown.

Royals fan Zach Johnson said he believes a move downtown would be a good decision in the long run.

"I think it would be good for the fans, good for downtown," Johnson said. "Fans would have a lot of places to go before the game and hangout, and hangout after the game."

"I think it would help the whole community," Canady said.

But fan Helen Miller said you can't beat the parking and tailgating space around Kauffman.

"I like it where it is. I like the tradition of having the two stadiums together and the tailgating," Miller said. "I also think it would be nice to have it downtown for the businesses."

Mayor Quinton Lucas tweeted a response to the renderings, writing "Maybe, but like the Maserati, taxpayers ain't got the money to build it alone."

When asked via email about cost and where the money would come from, O'Neil Cole said it's much too early for that discussion.

Rieper said it'll take a lot for taxpayers to get on board.

"If there isn't an overwhelming amount of support for downtown then I don't see any kind of tax proposal plan passing," Rieper said.

Whatever happens, he said preserving tradition needs to be a top priority.

"There's a lot of tradition there, and I think some of that is really worth preserving," Rieper said. "I think a lot of people grew up going to Kauffman Stadium. They've gone there with their kids or their grand kids. It would have to be done really delicately in a way that would please the most fans."

O'Neil Cole said the firm is also considering looking into the 18th and Vine District. As far as parking, it is considering a parking garage beneath the housing on the eastern side.