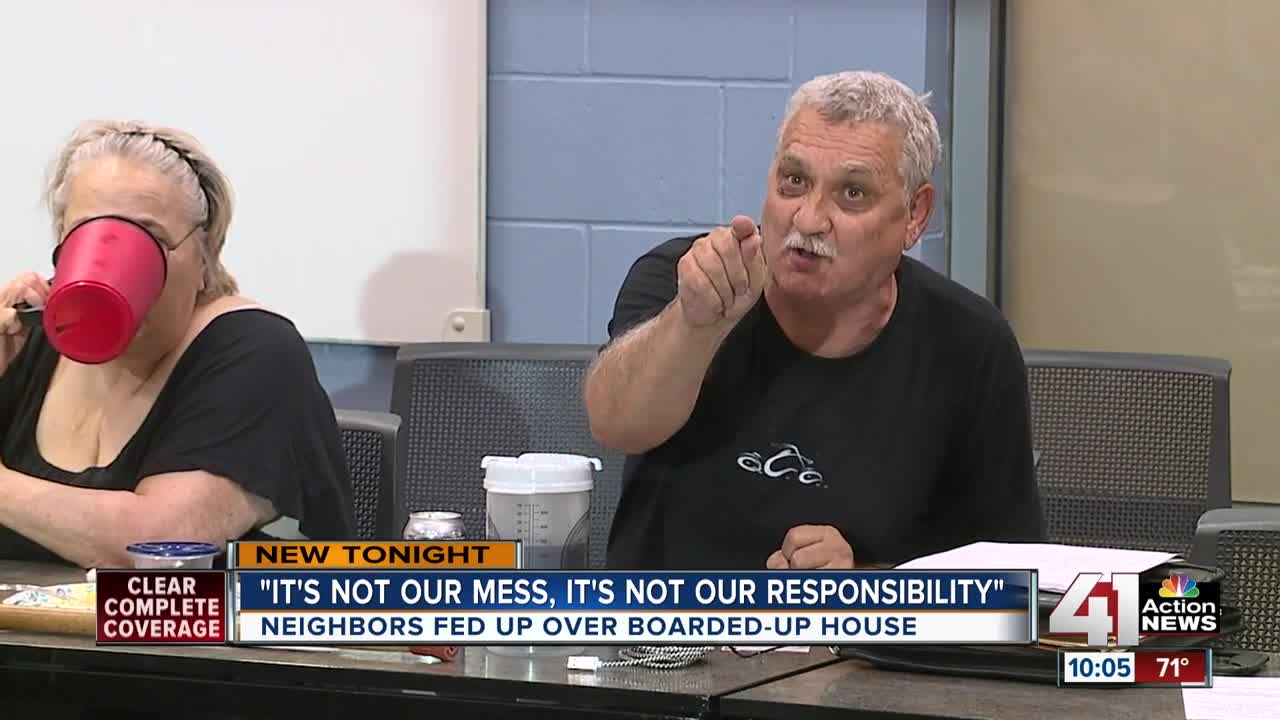 Neighbors are fed up over a boarded-up house in Kansas City, Missouri. 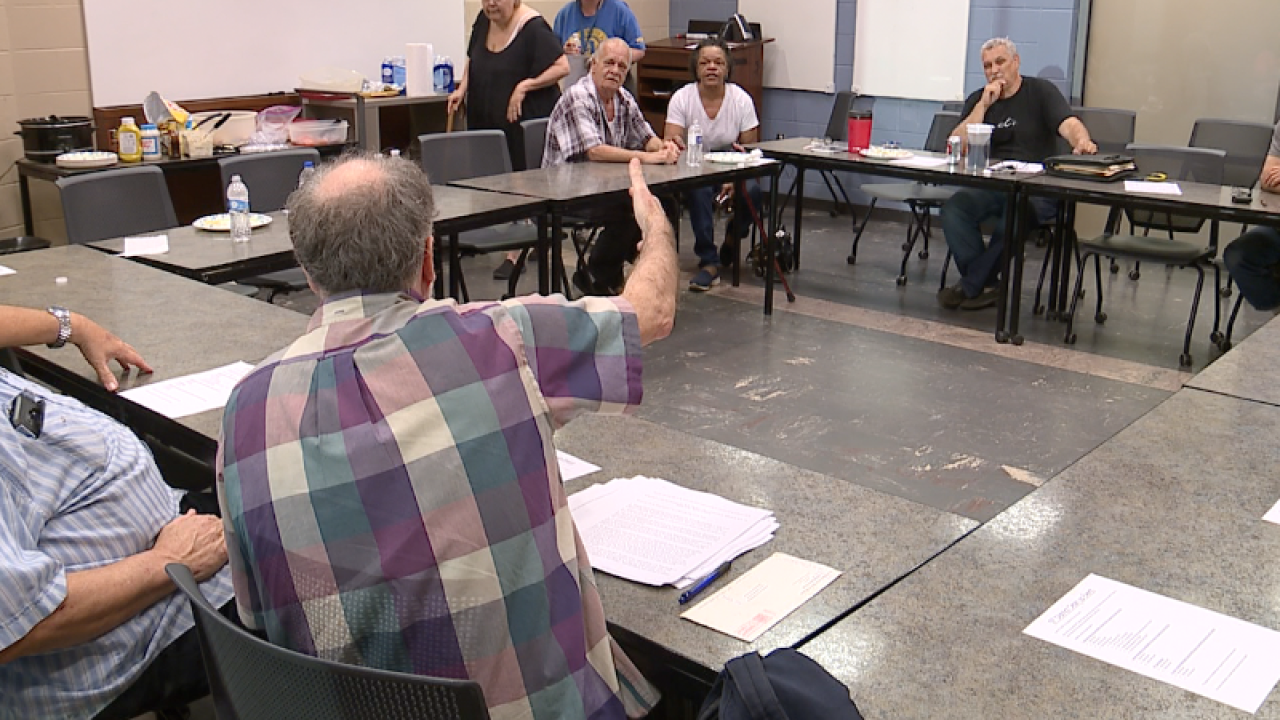 KANSAS CITY, Mo. — A neighborhood meeting at KCPD Metro Patrol descended into chaos Tuesday night, all over a property neighbors have been battling about for nearly a decade.

The house, located on East 80th Street, became such a source of frustration that the Marlborough East Neighborhood Association reached out to 41 Action News for help.

“I literally had to fight and have 41 News come out to do an article to get anything enforced on that house,” Steve Walker, president of the association, said.

After the story aired, the city boarded up the property and arrested Ken Auman, the man living inside. He identifies himself as a friend of the property owner.

Auman was one of the special guests at the neighborhood association meeting Tuesday, along with a mediator from the Center for Conflict Resolution.

Much of the evening was spent with neighbors airing their grievances about the property, which is at the center of nearly 50 municipal court cases.

“There’s nothing growing in there but weeds and rats,” Mike McCormick, the vice president of the neighborhood association, said.

Auman disputed there are any rats at the property, interrogating one neighbor who told 41 Action News he saw rodents there.

“Rats don’t come out in the daytime, Jack,” he yelled, “You went on before a million people and said you saw a rat.”

As the night wore on, the prospect of mediation grew less likely.

“You embarrassed us in court,” Walker shouted at Auman at one point in the meeting.

“You don’t even talk to me. I’m a real human being. I have a productive life,” Auman yelled at another neighbor.

Any mediation regarding the property would need to include the owner, John Michael Oyer. He was not present at the meeting.

“Mr. Oyer is in jail,” Auman said, adding that the arrest was related to the property violations, including the fact that there hasn’t been running water there since 2014.

Auman said he is pursuing “at least three, possibly four” lawsuits, including one that challenges the requirement that residents have KC Water service at their properties.

He is also proposing a neighborhood association pilot program, which would include more oversight of the groups and more resources for residents in need. He urged anyone interested to contact him at touchbasekc@yahoo.com.

Despite the discord, Auman said he was pleased everyone got together in one room Tuesday night.

“We are always the ones asking for communication and this is the first time we’ve ever had any communication,” he said.

Auman added he is willing to clean up the property with help.

The neighborhood association maintains it has offered that help over the years, but no one ever accepted it. It said the offer has run its course at this point.

“We’re not going to help him. We didn’t make the mess,” McCormick said, “It’s not our mess, not our responsibility.”