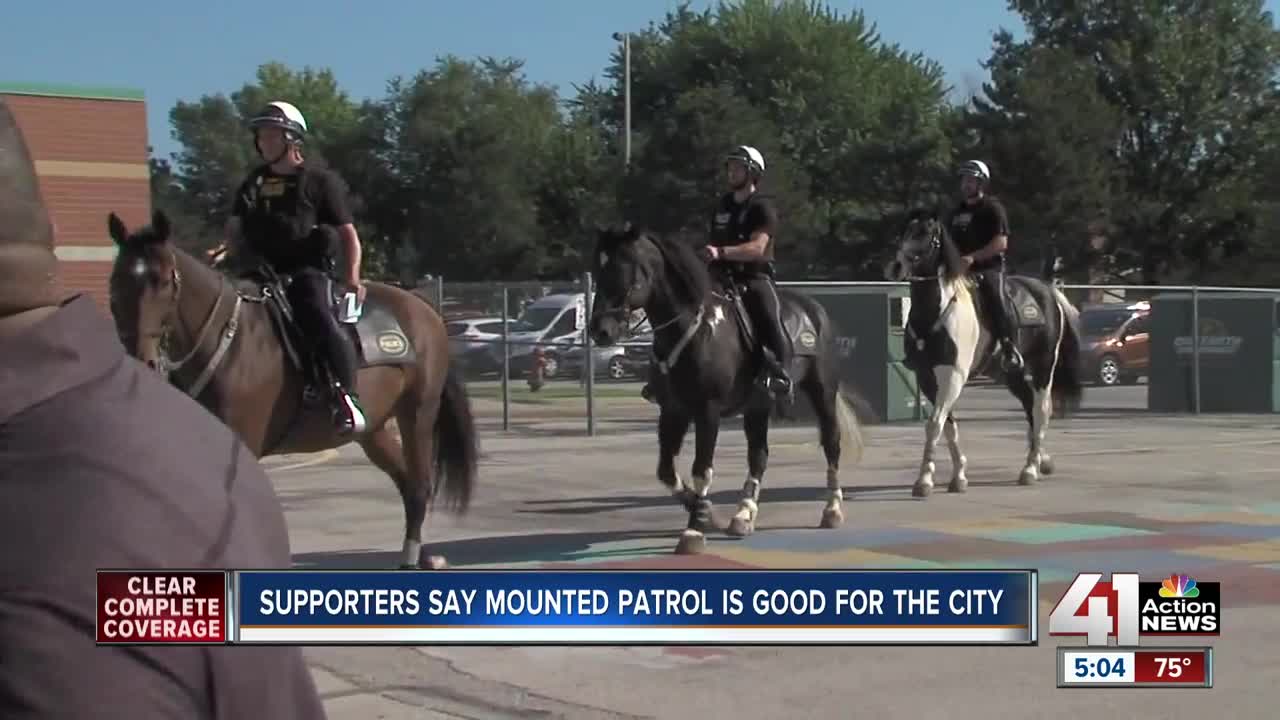 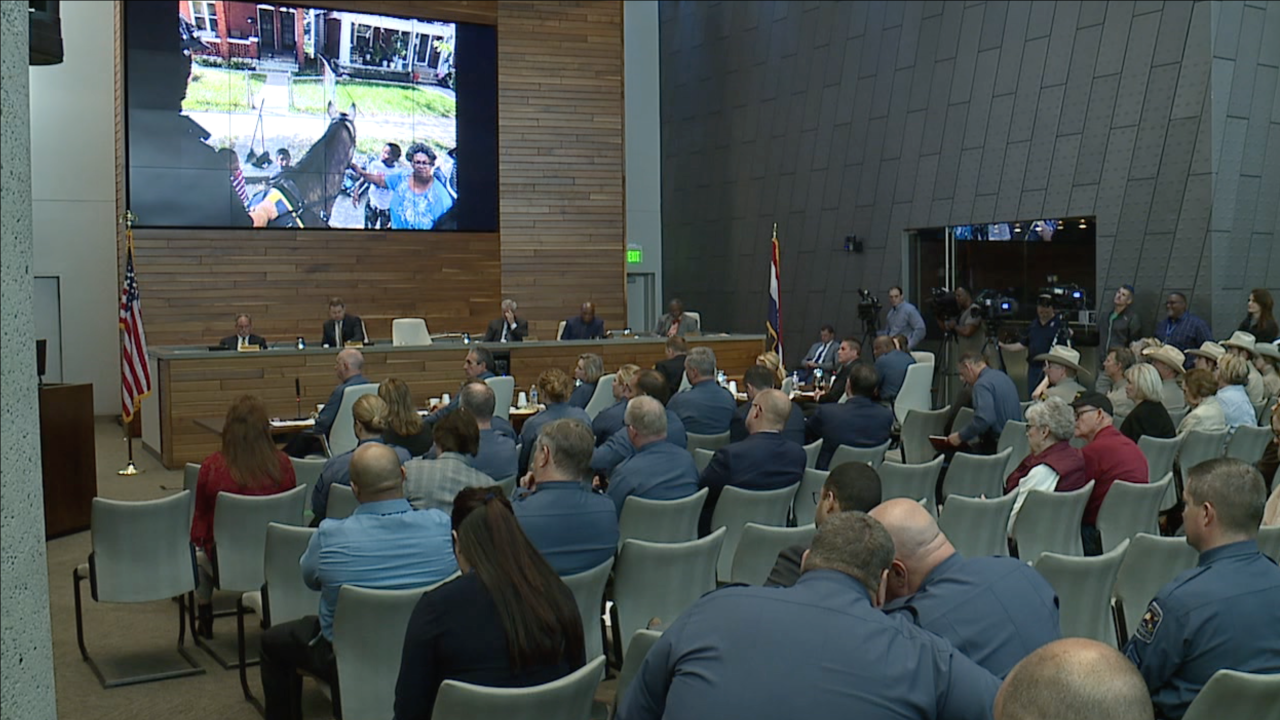 Dr. Emily McLeod, a doctor of chiropractic certified in animal chiropractic, was one of those supporters. She has provided voluntary veterinary care to the horses of the Mounted Patrol Unit once a month for nearly a decade. She estimates the cost of her time at more than $86,000.

"So that’s $86,000-plus worth of care that I don’t write off, don’t get any credit for, I just do it because it’s the right thing to do," said McLeod, who practices with All Creatures Chiropractic.

On Tuesday, Kansas City Police Chief Rick Smith said the department needs more resources to curb the increasing amount of homicides and drive-by shootings. He said officials were looking into every unit within the department, including Mounted Patrol.

"This is not about the men and women who have been a part of the Mounted Patrol or who are in the unit now,” Smith said. “This is about the right balance for the police department at this time and are we doing the right thing to work effectively on our violence problem.”

But many people don’t want to see the unit go — a stance expressed by supporters at the Board of Police Commissioners meeting.

In total, 19 people explained why they feel the Mounted Patrol is so crucial to this community.

"I can talk about deterrence, I can talk about investigation and the intel,” said Capt. Ed Adams with the Jackson County Sheriff’s Mounted Posse Division. “These people like to approach the horses. They talk to us because it’s a lot easier to approach a horse than it is squad car or police officer.”

McLeod said the decision should come down to more than numbers.

"It’s not always dollars and cents and it’s not always what makes sense on a spreadsheet,” McLeod said. “For me, it’s human life value.”

The board said discussions about units within KCPD are an operational decision and that it's up to the police chief to choose the Mounted Patrol's fate.

KCPD has not said when a decision about the unit’s future will be made.