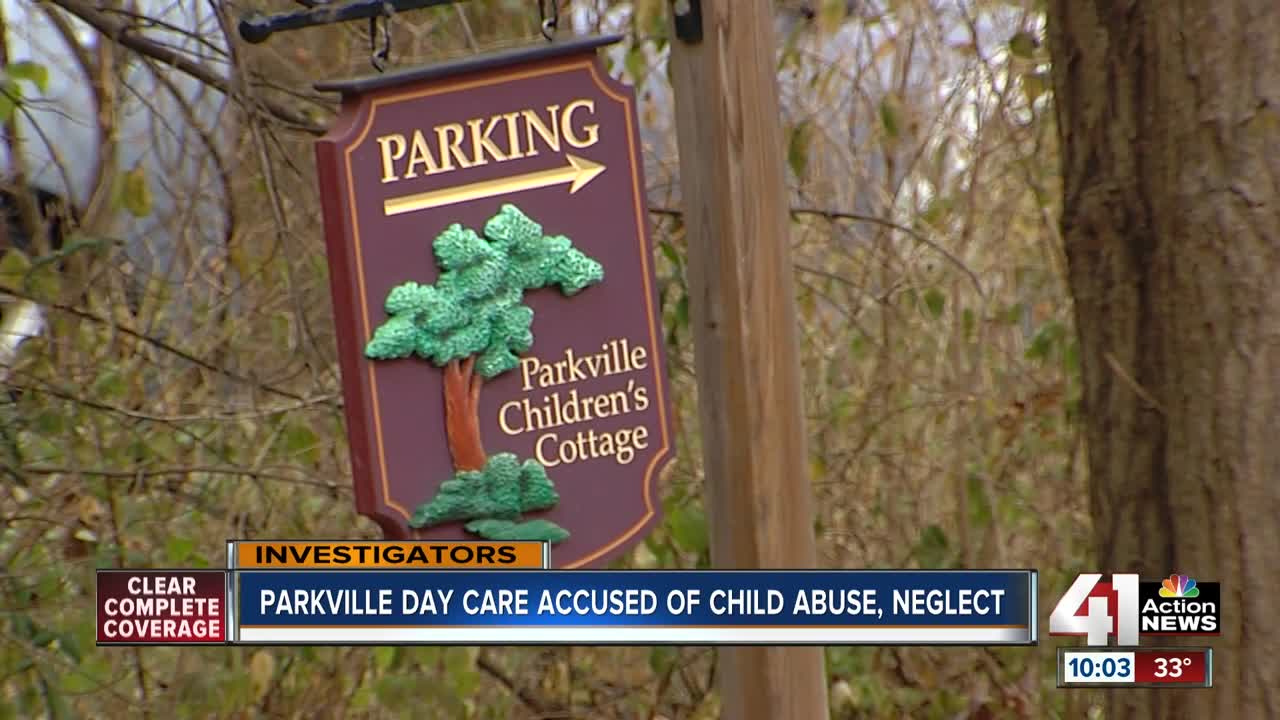 Several teachers who once worked at Parkville Children’s Cottage are coming forward with claims that the children are being abused and neglected. 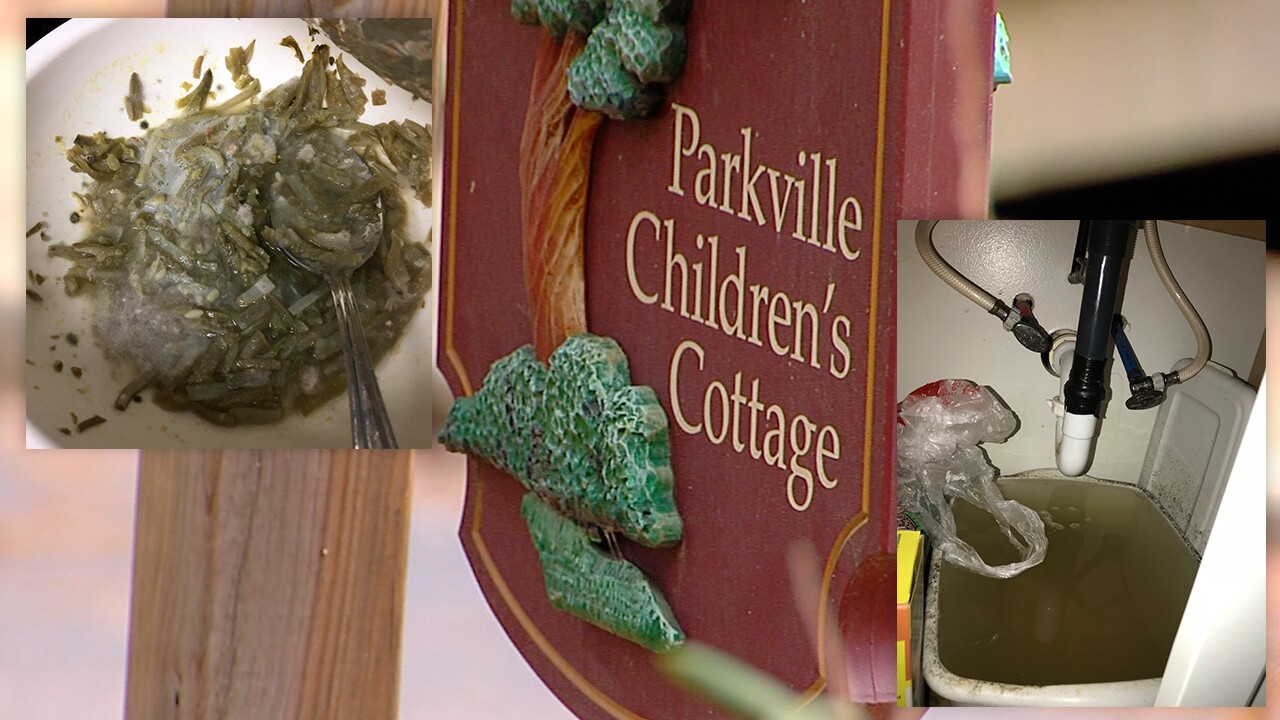 KANSAS CITY, Mo. — Several teachers who once worked at Parkville Children’s Cottage are coming forward with claims that the children are being abused and neglected.

Megan Unterreiner worked at Parkville Children’s Cottage for nearly four months before she said she couldn’t take it anymore.

“They’re being yelled at constantly and physically abused,” Unterreiner said. “They want comfort and they wouldn’t get it so they would just sit there and cry.”

In her short time at the school, Unterreiner said she could hear one of the teachers yelling at the kids from a classroom away on a regular basis.

According to Unterreiner, the teacher also became physical with the kids, who she said are just 2 years old.

“I’ve witnessed her grab a student by underneath his armpit and drag him all the way outside with his feet behind him,” Unterreiner said. “She also left them in the bathroom all by themselves and locked them out of the classroom.”

Unterreiner told the 41 Action News investigators the toddlers would be left to sit in soiled diapers for hours on end because the teacher wouldn’t change them and the ones who were potty trained would be shamed if they had an accident.

“She would also tell them to shut up, leave them in their poopy pants or wet pants and tell them that they’re babies if they did wet their pants,” Unterreiner said.

Unterreiner said the teacher would often encourage the kids to hit each other.

According to Unterreiner, she and several other teachers reported the apparent abuse to Katherine (Kate) Lehr, who is the listed owner of Parkville Children’s Cottage.

“We started saying something to Kate multiple times a week,” Unterreiner said.

Unterreiner said the owner often responded to their complaints about the teacher by saying, “It’s just tough love” and accused the teachers who complained about the alleged abuse of “causing drama and stirring the pot.”

The teacher still works at the school, according to Unterreiner.

The 41 Action News investigators looked into Unterreiner’s claims and found five other former employees who corroborate her statements.

Pictures taken by the former staff members from inside the facility tell a story of their own.

PHOTO GALLERY: Several rooms of the day care in disarray.

The pillows and yoga mats that the kids sleep on appear to be filthy and unwashed.

There are several pictures that show food being left out, some of which had begun to mold.

Another photo shows a basin full of water underneath a sink.

Unterreiner said the sink, which is located in one of the classrooms, leaked for months.

The owner refused to call a plumber, even though children could access the filthy water, according to Unterreiner.

Then, there's a picture of a broken fence.

Unterreiner said the kids broke free from the fence one day while the teacher accused of abuse was on her phone.

Unterreiner said the owner told the teachers she would notify the parents of what happened but never did.

It’s not just the one-time teachers at the day care that claim the children are being abused and neglected.

Parents have also come forward saying they too witnessed the teacher in question mistreating the children.

A father who wrote to the 41 Action News investigators said he and his wife pulled their 2-year-old child from Parkville Children’s Cottage less than a month ago.

He didn’t want to be identified but said in his email that the teacher in question, “Was very tough with the kids. I definitely heard her raising her voice multiple times at a kid through the walls of the cottage. That’s hearing her a room over, even over the crying kids and general pandemonium that occurred every morning.”

The man’s wife also said the teacher often made comments that she doesn’t like kids.

When the family took their concerns about the teacher to the owner, “Kate told me she’s just loud and that she has to remind her that raising her voice isn’t the ‘Montessori way.’”

In addition, the family said the day care does not follow safe sleep practices, which is something they said they discovered while picking up their infant son from day care one day.

“He was laying on his tummy, swaddled with his arms wrapped up underneath him, in his infant Boppy pillow,” his parents said.

It is a state violation to lay an infant on their stomach to sleep. It is also against state regulations to allow an infant to sleep anywhere besides a crib or a bassinet.

Jami Ferguson also pulled her 2-year-old son from the day care in November.

Ferguson said she never witnessed abuse but that the day care lost her son’s inhaler and didn’t realize it until she asked them to look for it.

“I later found out that the teachers didn’t know that Jake has asthma,” Ferguson said.

According to Ferguson, she informed the owner of her son’s condition when he began attending the school.

However, Ferguson said the turnover among staff was constant and when new employees came in the owner never informed them of her son’s asthma.

In the end, Ferguson said the constant turnover was her breaking point.

“When I would go in to pick him up, I never knew who the people were that were watching him,” Ferguson said. “It seemed very excessive to me.”

The teachers who recently quit from the Children’s Cottage held a meeting with some parents.

Unterreiner was one of the teachers who organized the meeting.

Ferguson attended the meeting and said she learned her son, who is vegetarian, was being fed meat while at the cottage.

“Whether you believe in vegetarianism or not, he’s never been fed meat,” Ferguson said.

Ferguson also said the owner of the day care told parents the food being fed to the kids was organic.

Unterreiner said not only were the meals not organic, but there wasn’t enough food to go around.

“We’d have kids that would eat and want more and we didn’t have any more to give them,” Unterreiner said. “They [the kids] didn’t really understand because you’re supposed to have enough food for them and they’d be confused as to why there’s no more.”

When reached by phone, Lehr would not acknowledge if complaints of abuse were ever brought to her attention.

Instead, she referred 41 Action News to her attorney, Jennifer Snider of Witt, Hicklin & Snider, P.C.

As defined by the dictionary, slander is the action or crime of making a false spoken statement damaging to a person’s reputation.

But, the employees who spoke to 41 Action News all said they’re telling the truth.

This isn’t the first time Parkville Children’s Cottage has made headlines.

Last year, Christian Hammond was sentenced to 10 years in prison for molesting a child at the day care.

Hammond was hired as the school’s yoga instructor.

It’s unclear why Hammond was left unsupervised with the children.

Parkville Children’s Cottage advertises as a Montessori school and is exempt from having a child care license in the state of Missouri.

Most day care facilities are required to have a license and undergo annual inspections to ensure they’re in full compliance with state regulations.

However, if a school is operating the day care, it can be license exempt.

All the owner has to do is submit annual documentation of its curriculum to verify its exempt status.

But, the former parents and teachers of Parkville Children’s Cottage said there is no curriculum and that the school-aged program shut down shortly after the incident involving the yoga teacher.

“Every time we’d ask for her [the owner] to buy a lesson or to help us make lessons she’s like, ‘oh, there’s books to read to help you make lessons, and the work is very expensive, and the kids lose parts, so I don’t really want to buy anymore because they just lose the parts,’” Unterreiner said.

State will not say if it’s looking into the matter

The 41 Action News investigators have placed seven calls to the Department of Health and Senior Services, section for child care regulation, to discuss the accusations about the child care center.

None of those calls have been returned.

However, in an email to 41 Action News, DHSS said Parkville Children’s Cottage submitted its required annual documentation in February.

DHSS also stated, “If there is information to indicate there is no longer a school operating the child care facility, SCCR (section for child care regulation) can investigate to ensure the facility continues to qualify for the exemption.”

The department would not answer questions as to if it is looking into the claims.

Blair Messina, who owns a Montessori school and does consulting for day care owners, said license exempt day cares are supposed to follow traditional guidelines put in place for all child care facilities.

“You’re asked to follow all state regulations, but it’s also an honor system,” Messina said. “No one comes out and checks you. It’s a slippery slope.”

The 41 Action News investigators asked Messina to look at the pictures from inside Parkville Children’s Cottage.

She said she found several violations.

“I’m just sick and appalled by that. I hope [the owner of day care] realizes that this is not a profession for her and she finds a different profession,” Messina said. “It was very unsettling. It shouldn’t have ever gotten to that point.”

Messina said the condition of Parkville Children’s Cottage, as depicted in the photos, comes down to one thing.

“Neglect. Neglect of the children, neglect of the facility, not paying attention to just normal maintenance,” Messina said. “The state needs to take away their license exemption and I think the department of social services needs to go in and do a home safe check.”

Unterreiner has moved on to teach at a new school.

She said she often thinks about the kids she left behind, many of whom aren’t old enough to communicate.

“It hurts me to know that there is nobody there to save them or help them,” Unterreiner said. “They deserve to be loved, they deserve to have fun, smile, be happy to come to school.”