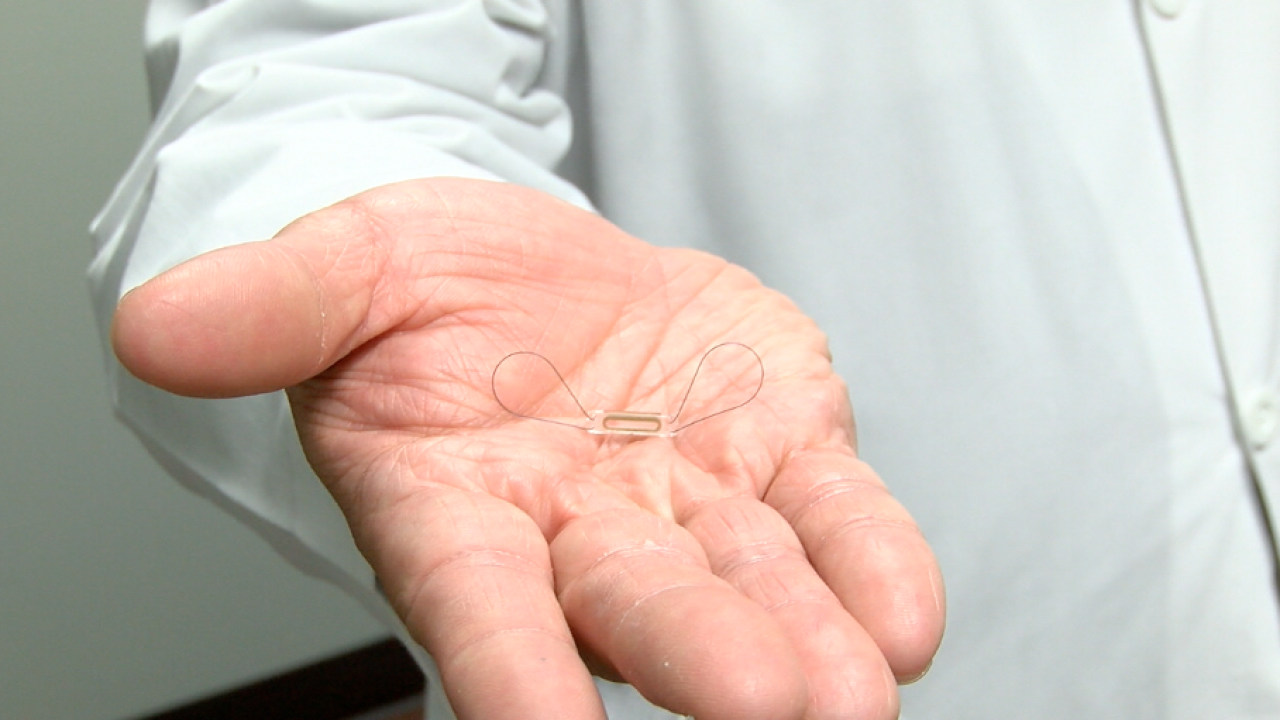 The device is smaller than a dime, but it is making a big difference for heart failure patients. 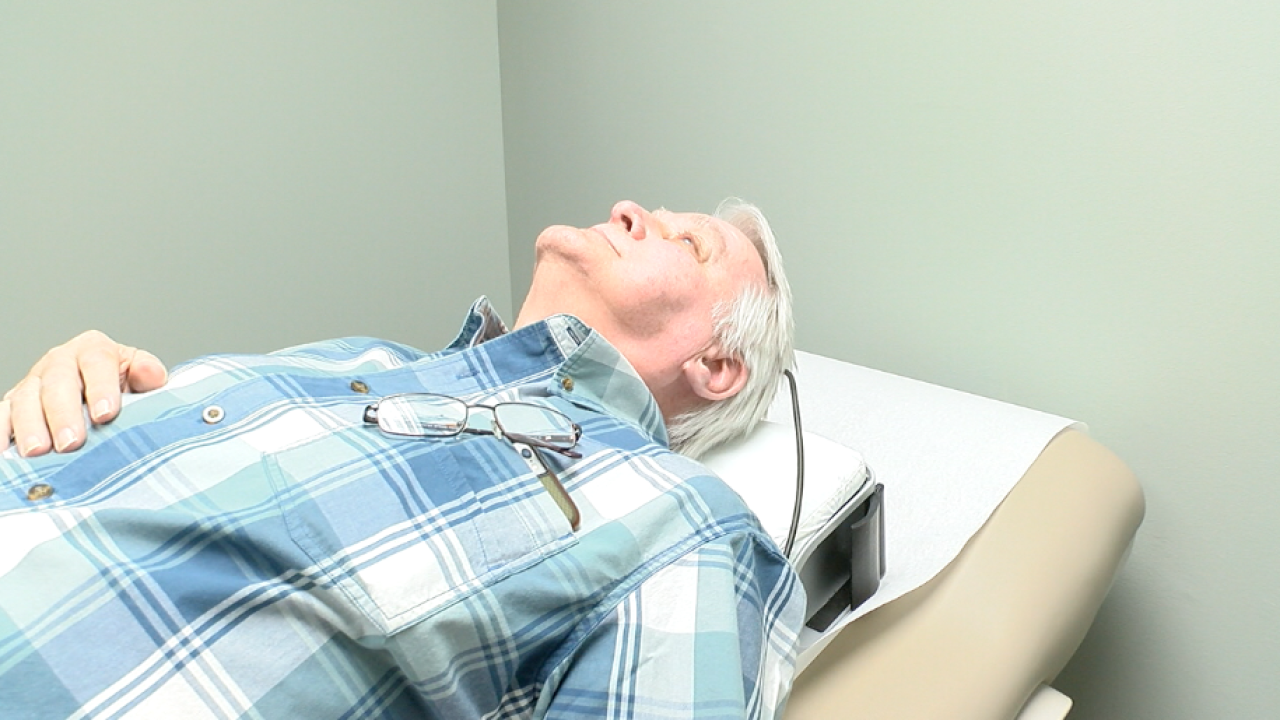 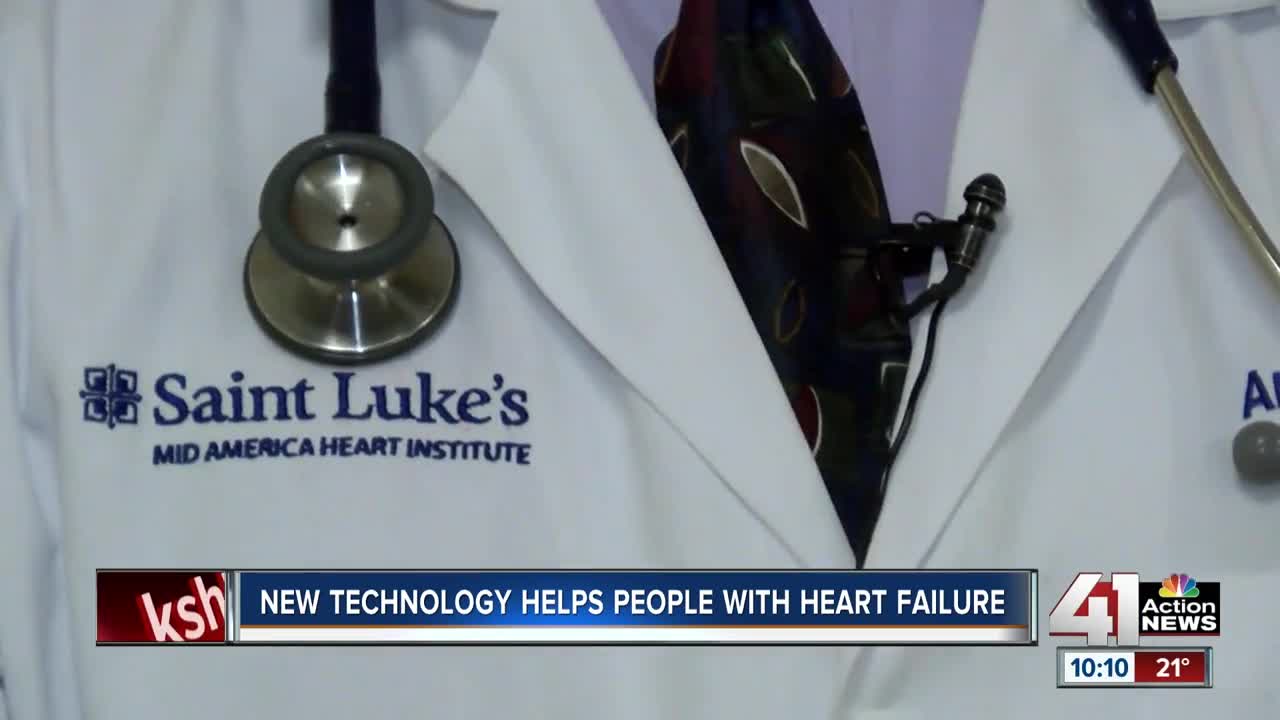 KANSAS CITY, Mo. — A sensor smaller than a dime is helping doctors keep heart-failure patients out of the hospital.

Abbott's CardioMEMS is a device that measures pulmonary pressure. The new technology is being used at Saint Luke's Mid America Heart Institute, where 41 Action News met one patient benefiting from the sensor.

"I was ending up in the hospital constantly," said Alan Petrasek, who was diagnosed with heart failure.

Petrasek has been prescribed several medications after having difficulty breathing and problems with fluid retention. It became a balancing act for Petrasek and his doctor.

"Slightly too much fluid, he can't breathe, and slightly not enough fluid, he's in kidney failure," Dr. Andrew Kao said.

That's where CardioMEMS system came to the rescue. The tiny device is implanted in the pulmonary artery, which is near the back of the heart.

To collect measurements each day, Petrasek lies on a special pillow, which communicates with the sensor and sends the information to the doctors at Saint Luke's.

The idea is to capture fluctuations and potential problems in real time. It can also keep patients honest about their diets, although that has not been a problem for Petrasek.

"If he were to eat a lot of salt tonight, we would see a huge spike in his numbers," Kao said pointing to Petrasek's medical chart.

Tracking the changes day by day also allows Kao to adjust Petrasek's medications, so symptoms are managed before they become severe.

"I think for him it's sort of like a guardian angel that's in his lung," Kao said.

Petrasek got his CardioMEMS a year ago and has not been to the hospital for his heart condition since, which means more time to spend with his high school sweetheart, Lynn.