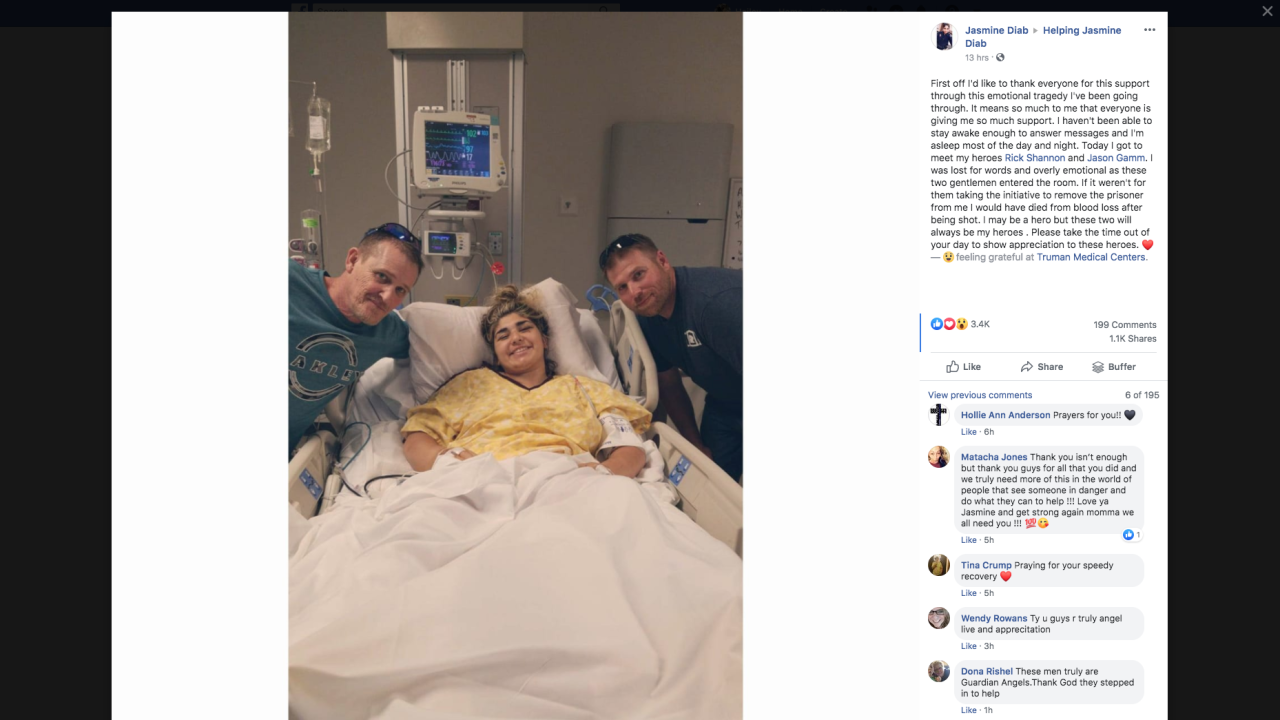 KANSAS CITY, Mo. — The Trenton, Missouri, police officer shot in Winston, Missouri, last week said in a Facebook post she was able to meet two good Samaritans who helped her during the shooting.

Diab was shot during a struggle with a prisoner, 38-year-old Jamey Griffin, who was trying to grab Diab’s handgun. Diab was transporting Griffin to St. Joseph, Missouri, for a mental evaluation

She said Shannon and Gamm helped get her attacker off her, and that she may had died from blood loss if they had not stepped in.

“I was lost for words and overly emotional as these two gentlemen entered the room,” Diab wrote in the post.

“I may be a hero but these two will always be my heroes,” she said.

Diab wrote she has been sleeping most of the day and night so she hasn’t been able to respond to the messages she’s received, but she thanked “everyone for this support through this emotional tragedy I’ve been going through.”

A GoFundMe has been established in addition to the Facebook group, where many people are selling products with proceeds going to Diab or otherwise showing support.