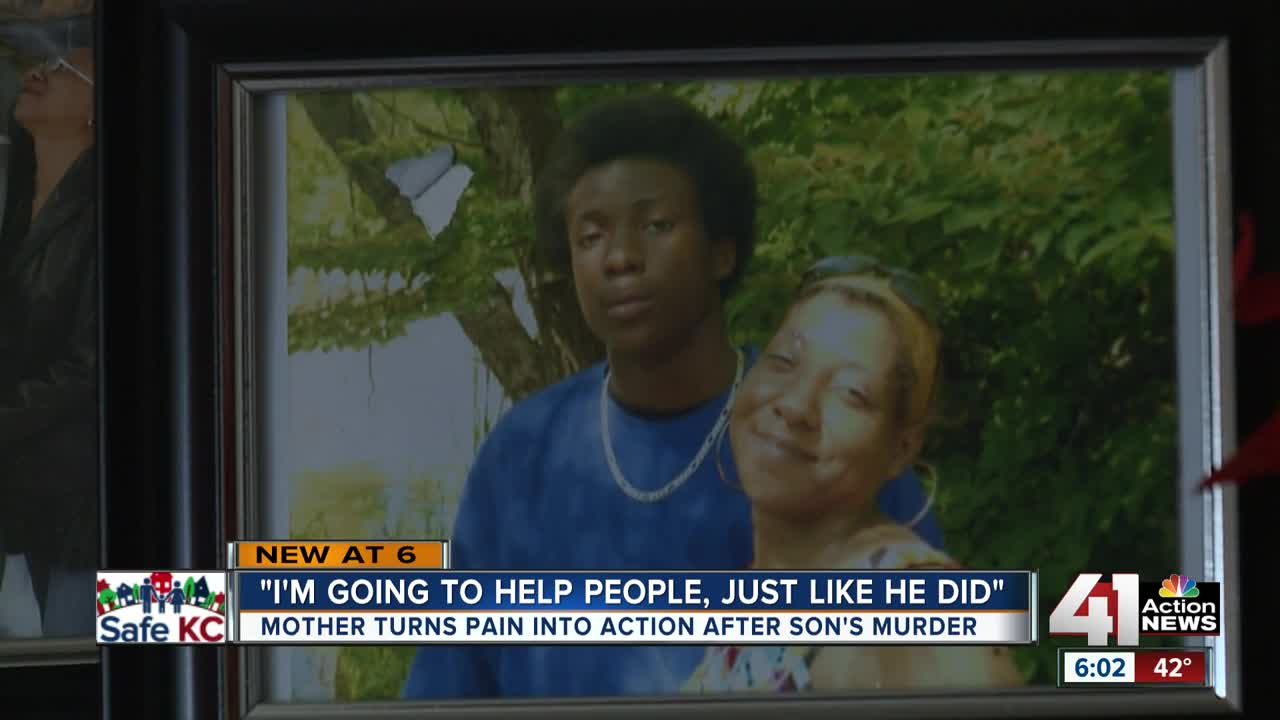 Carolyn Marks launched a foundation in honor of her son, RJ, who was shot and killed last November in Kansas City, Kansas. She hopes to help other grieving families with similar experiences. 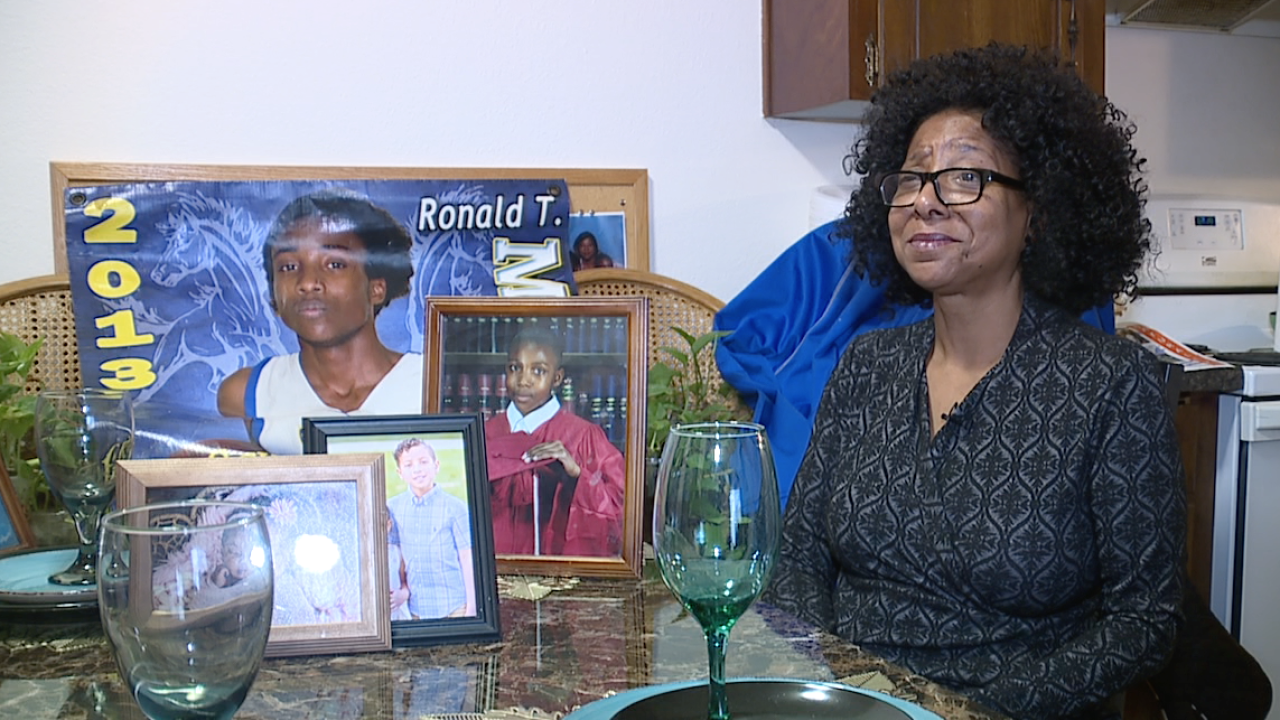 KANSAS CITY, Kan. — Carolyn Marks says her higher calling to honor her son's legacy started coming to her in dreams.

"God kept showing me everything as it was falling into place,” Marks said. “Other people need help, too.”

After her son, Ronald "RJ" Marks Jr., was shot to death in their Kansas City, Kansas, home last year, Marks didn't know where to turn, who to call or even how to get out of bed.

"I never knew all of the little bitty things that mattered,” she said Tuesday, the anniversary of his death. “Who’s going to buy the suit? Because we wanted to bury him in blue, his favorite color.”

After the community stepped up to help in a multitude of small ways, her purpose became clear.

"Mama Marks" launched the RJ Foundation 2018 to help people going through the same loss she experienced. She held a ribbon cutting at Highland Park Funeral Home on Tuesday, the same place where RJ's funeral was held.

"Monetary, shoes, clothes, a loving hand, somebody to sit there with them, somebody to help them go through the book and pick out the flowers,” Marks said about how the foundation will help families. “Somebody that can cook something for them, because I can cook!”

Corey's Network is an established outreach program that not only helps families after their child is killed, but also helps new organizations get started. Metje compared the work to putting out a thousand small fires everywhere because the community hasn’t yet found a way to prevent the fire.

"I think the more people that we have in our team fighting in that way, arm by arm, together against this, we'll be able to put out the fire before it starts," Metje said.

Marks hopes her foundation will fill a need in KCK, and anywhere else she's needed.

"I’m full and alert and I’m ready to fight. I’m going to do this and I’m going to help people, just like he did when he was alive," Marks said.

At 41 Action News, we want to tell the stories of solutions to violence and how people in our community are working to make a difference. If you are or you know anyone who is, tell us about it. Send us an email to safekc@kshb.com.