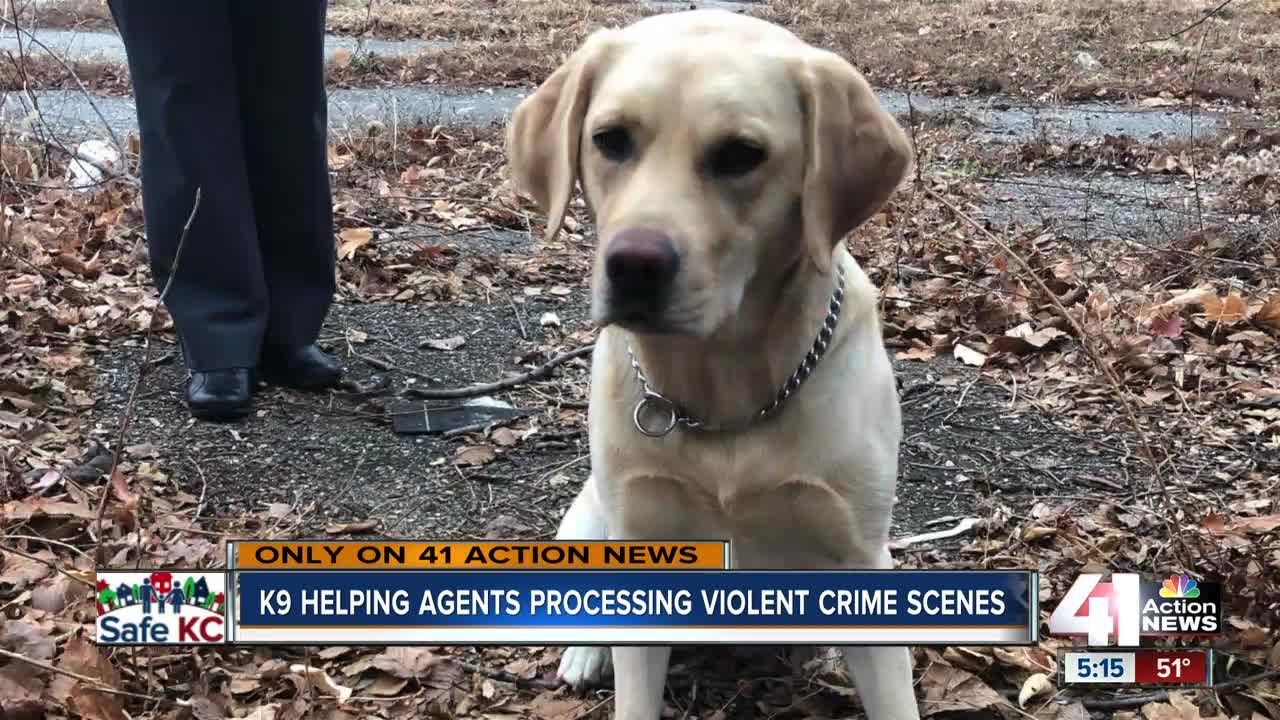 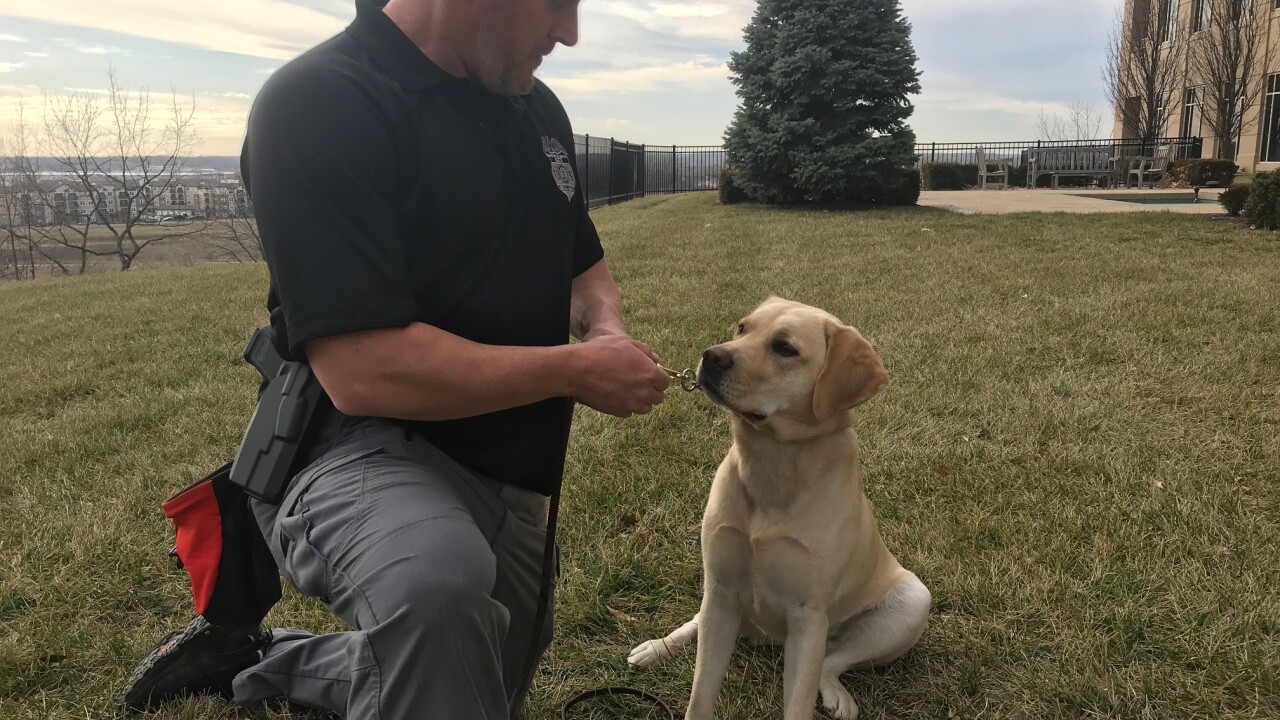 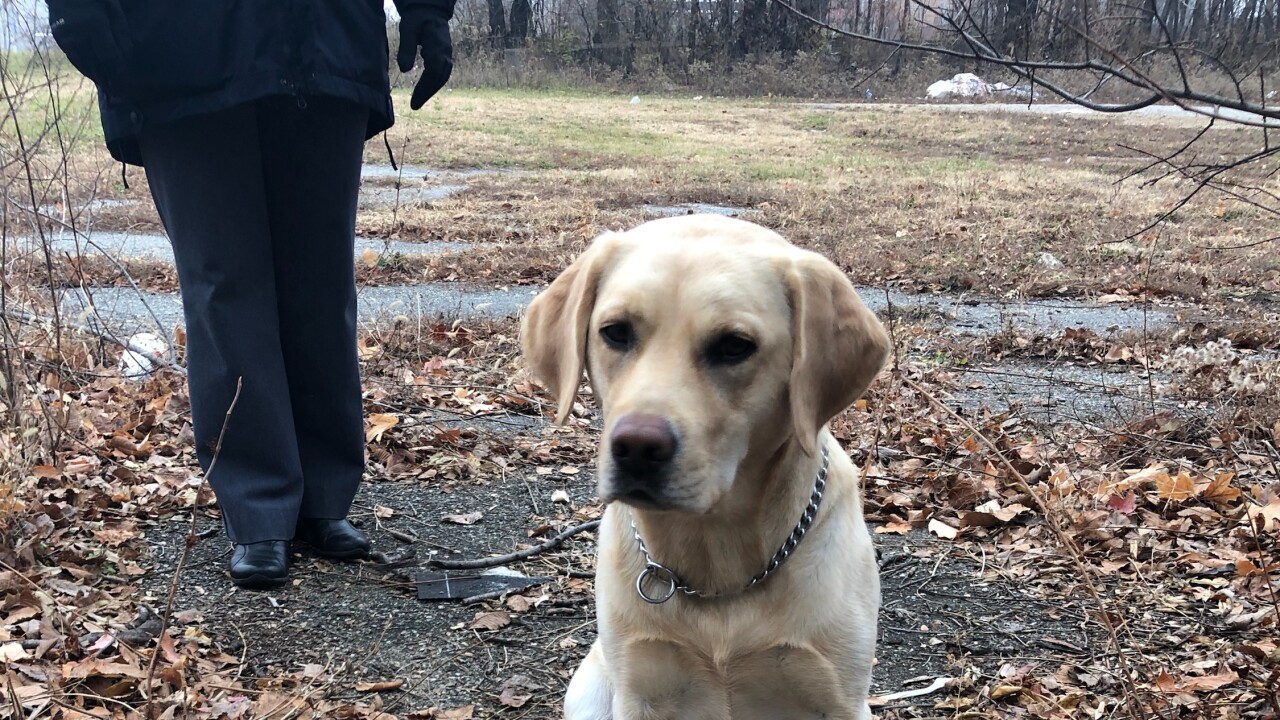 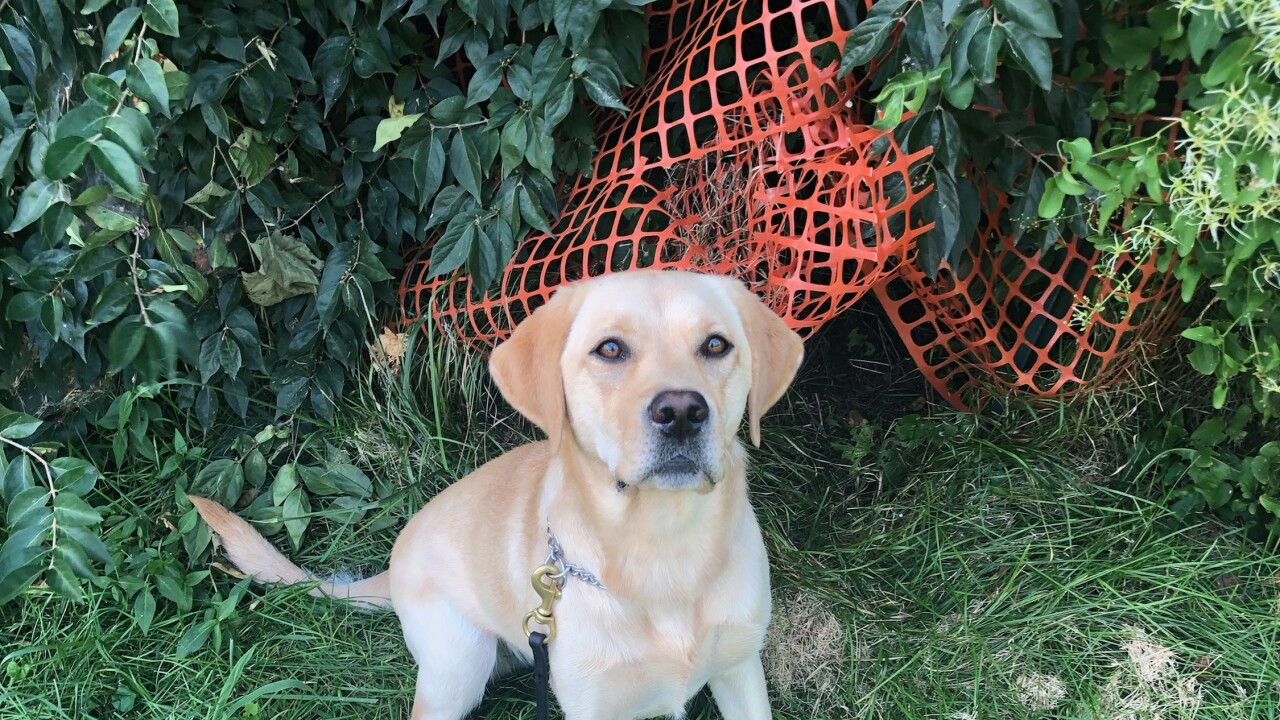 KANSAS CITY, Mo. — The newest member of the Bureau of Alcohol, Tobacco, Firearms and Explosives in Kansas City is working to find evidence that could link suspects to unsolved deadly shootings.

“Shilo," an almost 2-year-old Labrador retriever, has been on the job in the metro for three months.

While she can detect explosives, she’s specifically trained to sniff out ballistic evidence at crime scenes.

"The scent cone that a shell casing puts off is very minute, and so that's where we specialize is that we really focus our dogs to really focus on that minute smell," Koerner said.

Shilo was raised by an inmate at a New York prison through the Puppies Behind Bars program. She underwent six months of training before hitting the streets with Koerner.

While on the job in Kansas City, Shilo has recovered handguns from a suspect wanted in a double homicide and assisted in finding shell casings at a recent officer-involved shooting.

"See all those crevices and all the leaves and everything, she'll really dig and bury her nose up in there trying to find something," Koerner said during a demonstration of Shilo's skills.

It's been six years since the ATF’s Kansas City Field Division has had a K9 on staff.

Shilo's services are coming on the heels of what's been an extremely violent year in the Kansas City metro.

"It's a very small portion of the population that's responsible for a very large chunk of the firearms-related violent crime,” ATF spokesman John Ham said. “This is another tool that we have in pointing us to those people and getting them out of the community.”