What's in your car right now? Metro authorities warn car burglaries are on the rise 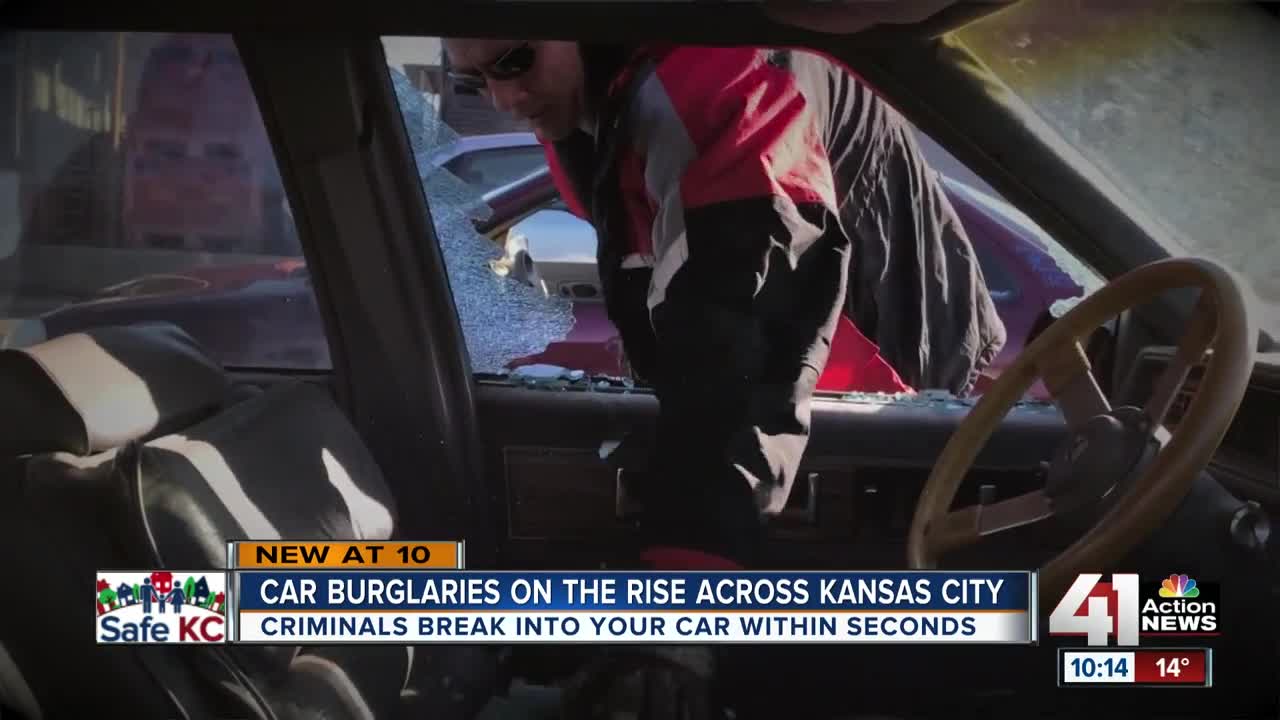 Think about what's in your car right now. Your wallet? Purse? Checkbook? Maybe a work-issued phone? 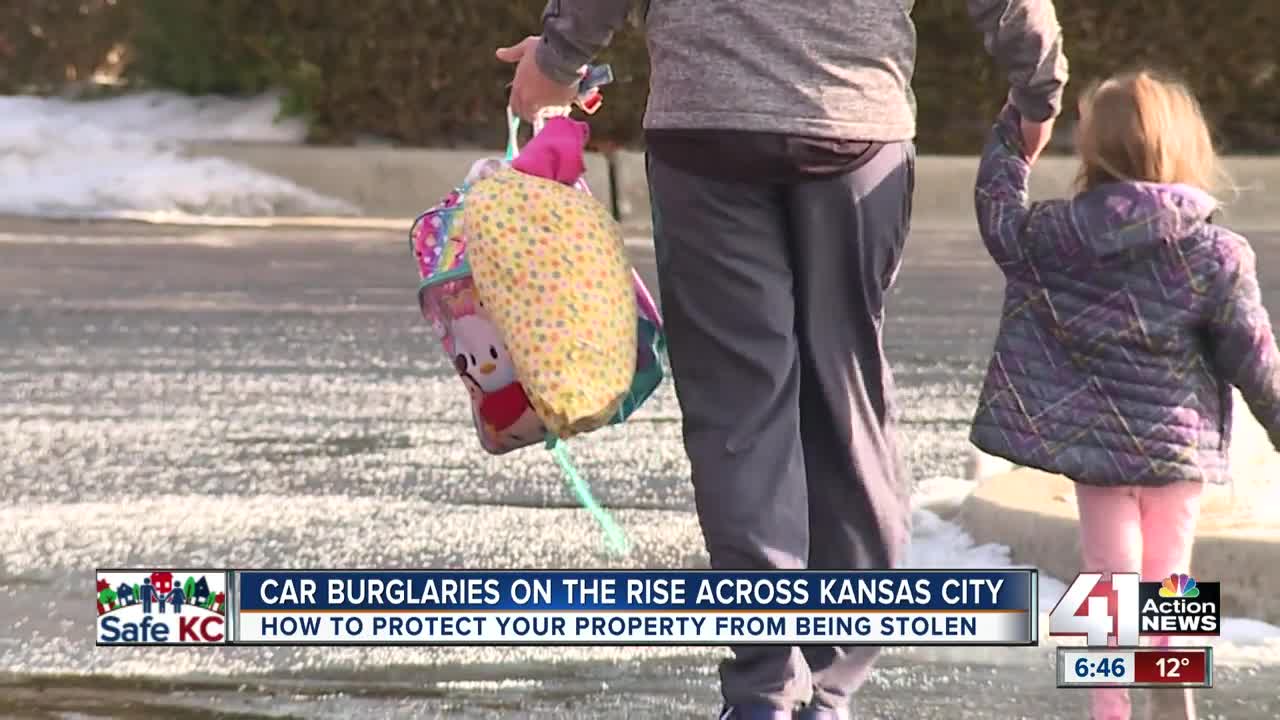 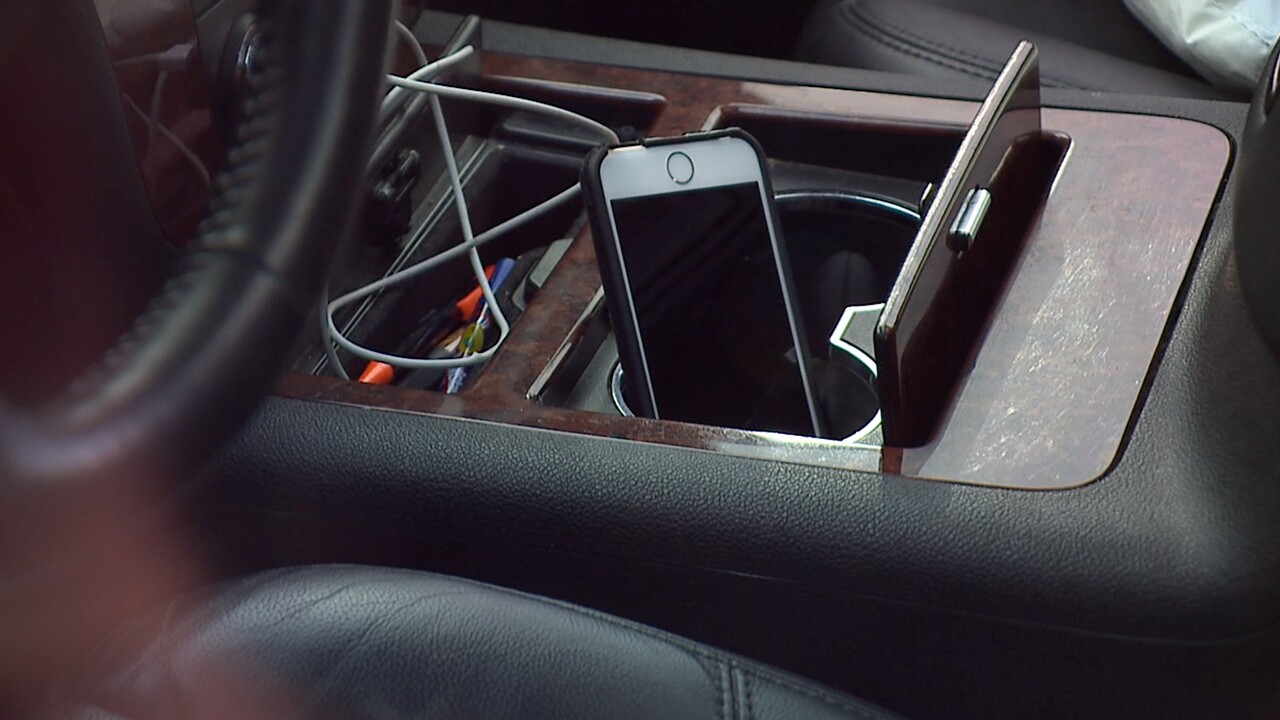 Do you take that all with you when you run into the store, or drop off your kids at school?

It’s something to consider, because multiple police departments in the Kansas City area told 41 Action News car burglaries are on the rise.

It only takes seconds for thieves targeting your car to break in.

“Here in the metro area, it has just exploded,” said Johnson County Parks Police Capt. Rob Weber. “I would classify this now as a major problem. It has been for a couple of years. It's just grown in numbers every year.”

Kansas City police said stealing any property from a car is classified as "stealing — theft from auto." It can refer to any forced entry of a vehicle, including a broken window, breaking a lock, and even prying open a door. The number of these types of burglaries have increased every year since 2015, when they responded to 3,170. That number jumped to 3,407 in 2016, 4,055 in 2017, and 4,582 last year.

The tool that criminals often use to break windows is small, and can be purchased online for less than $10. It likely won't even set off your car alarm.

Angela Gantzer is a recent victim. She and her son had come to Shawnee Mission Park with their dog. She came back to find one of her car windows shattered.

“I had a nice purse and wallet, your usual makeup, credit cards, driver’s license,” Gantzer said. “We also realized that we had a key fob that was in there, that was about $400 to replace. In total, we're about $1,800 out.”

The Johnson County Park Police have put up signs to warn people, because numbers there are on the rise too. In 2017, the department responded to 39 cases. In 2018 it was 52. Gantzer said she noticed the signs day the crime happened. She thought she'd taken steps to protect her car by putting her purse in the back seat.

“I guess I just had that 'It won't happen to me' mentality that so many of us have,” Gantzer said.

Adding insult to injury, the park police said they believe they've identified the person who took the purse. They released surveillance photos to 41 Action News, showing the woman they said used Gantzer's credit card. Finding her is a different matter.

“If she is one of the ones that travel the country, our chances of catching her are probably not very good,” Weber said.

Weber is referring to the “Felony Lane Gang,” a group that started in Florida, and travels the country breaking into vehicles. Their name refers to the outside lane at banks, where they often go once they've stolen your checkbook, because they're harder to identify there.

There's even a Facebook page dedicated to warning people about their activity.

"I just saw a lady get into her car, and her purse was just sitting there along the floorboard as well," Larue said, watching one of the patrons.

41 Action News saw cell phones and purses inside several empty, often unlocked, cars. We spoke to one woman who'd left her purse in her front seat when she returned to her vehicle.

"Yeah, you think you're just going to be in and out, and there's people in the parking lot, so you know, you don't have to worry about it," the woman said.

Gantzer doesn't leave her purse in her car now, and has told others to be more careful. She said she is still a little nervous approaching her car, afraid that it may have happened again.

Police said to put your valuables in your trunk before you leave the house. If you're going to a dog park, or someplace else you don't need a purse, just take your driver's license, and leave the rest at home.