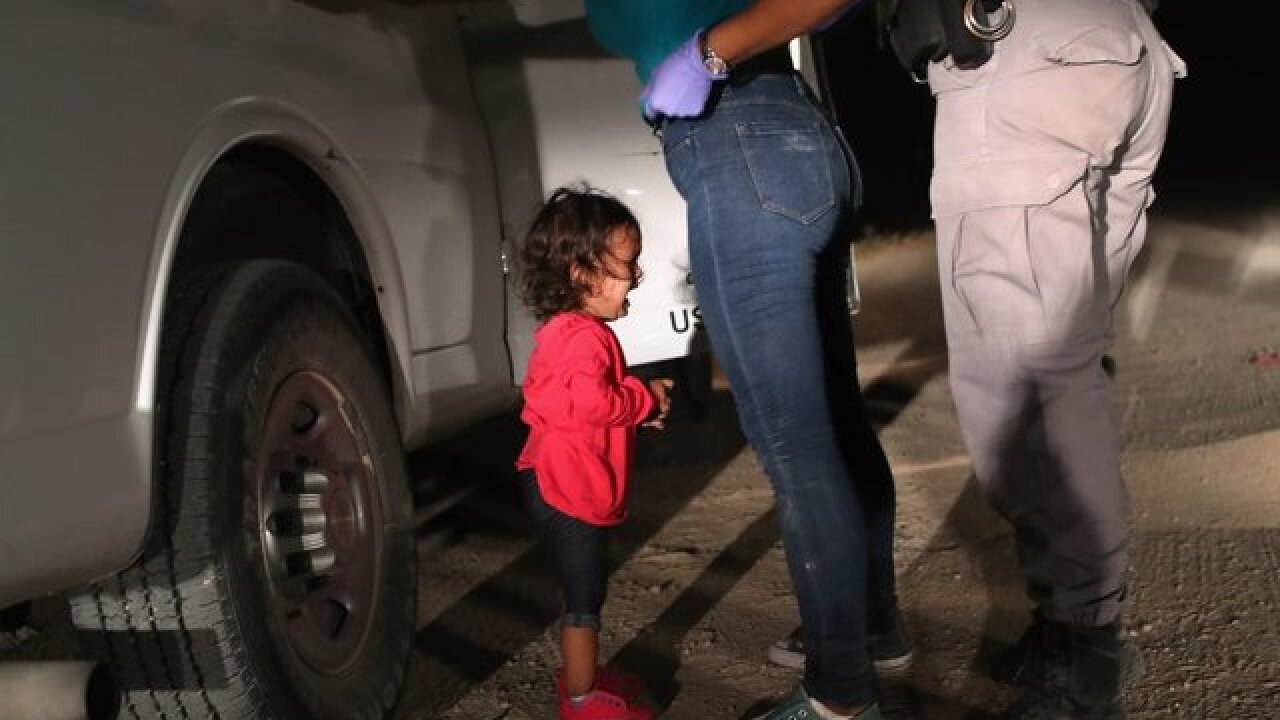 KANSAS CITY, Mo. — Amid growing anger regarding the Trump administration policy of separating migrant parents and children at the U.S.-Mexico border, several local leaders from both sides of the political divide chimed in Monday to add to a vocal opposition.

U.S. Sen. Claire McCaskill, a Missouri Democrat, criticized the Trump administration early, issuing a statement, in which she pledged to halt the “misguided policy.”

“The outrageous notion that children must be ripped from their families to secure the border is as false as it is cruel,” McCaskill said. “As the Ranking Member of the Homeland Security Committee, I will be working to stop the Administration’s misguided policy. The idea that this policy is being used for deterrence and Congressional leverage is offensive.”

Later in the day, Yoder added his voice to the chorus when he shared a letter from his office to U.S. Attorney General Jeff Sessions.

“As the son of a social worker, I know the human trauma that comes with children being separated from their parents,” Yoder said in a series of social media posts. “It takes a lasting, and sometimes even irreversible toll on the child’s well being. That’s why I’m demanding that Attorney General Sessions halt the practice of family separation at the border immediately as Congress works toward legislative solutions.”

That’s why I’m demanding that Attorney General Sessions halt the practice of family separation at the border immediately as Congress works toward legislative solutions. pic.twitter.com/4Ep86WJfRU

Citing the outcry from “many of my constituents,” Yoder said the practice of “removing children from their parents is too harsh a penalty” even in cases of attempted illegal border crossings.

“As long as a unified family would not present any immediate danger to the children, separating families should not occur,” said Yoder, who embarked on a two-day fact-finding mission to the U.S.-Mexico border earlier this month. “It is my understanding the Administration is using this practice to deter further illegal entry.”

Even Roberts, who seldom breaks ranks with the Trump administration, took issue with the policy.
“While I firmly support enforcing our immigration laws, I am against using parental separation as a deterrent to illegal immigration,” Roberts said via Twitter. “My concern, first and foremost, is the protection of the children.”

While I firmly support enforcing our immigration laws, I am against using parental separation as a deterrent to illegal immigration. My concern, first and foremost, is the protection of the children.

McCaskill also called on the Department of Homeland Security to account for the welfare of the detained children.

“I need answers from DHS concerning the care of these children and their failure to even reunite children before they fly their parents out of the country,” she said in a statement.

"I live in a border state. I appreciate the need to enforce and protect our international boundaries, but this zero-tolerance policy is cruel. It is immoral. And it breaks my heart," Bush wrote in the column.

She compared it to Japanese-American internment camps during World War II, which she referred to as "one of the most shameful episodes in U.S. history."

That sentiment was echoed by Cleaver, who has lambasted the Trump administration in recent days for its staunch defense of the family-separation policy.

“We are going to look back on this time as a dark moment in American history,” Cleaver said via Twitter accompanied by a link to a story about the prospect of housing migrant children in a tent city in Texas. “Don’t allow yourself to say you were silent.”

We are going to look back on this time as a dark moment in American history. Don't allow yourself to say you were silent.https://t.co/2Tu5LFB712

"I am deeply concerned by recently adopted policies which punish children for their parents' actions," U.N. High Commissioner for Human Rights Zeid Ra'ad Al Hussein said in a statement. "The thought that any state would seek to deter parents by inflicting such abuse on children is unconscionable."

Despite bipartisan denouncement, President Trump dug in and vowed not to allow the U.S. to become "a migrant camp."

“Not on my watch," Trump said from the White House. "A country without borders is not a country at all," he added.

Trump's defiance came on the heels of Sessions and Homeland Security Secretary Kirstjen Nielsen refusing to apologize for separating children from their parents during the National Sheriffs' Association conference on Monday in New Orleans.

According to CNN, nearly 2,000 children were separated from their parents during a six-week period in April and May after Sessions announced a new "zero-tolerance" policy that refers all cases of illegal entry for criminal prosecution, even though traditionally most incidents result in deportation and not a jail sentence. Children are not charged with a crime, which means the protocol for housing families together also changed with the administration’s policy shift.