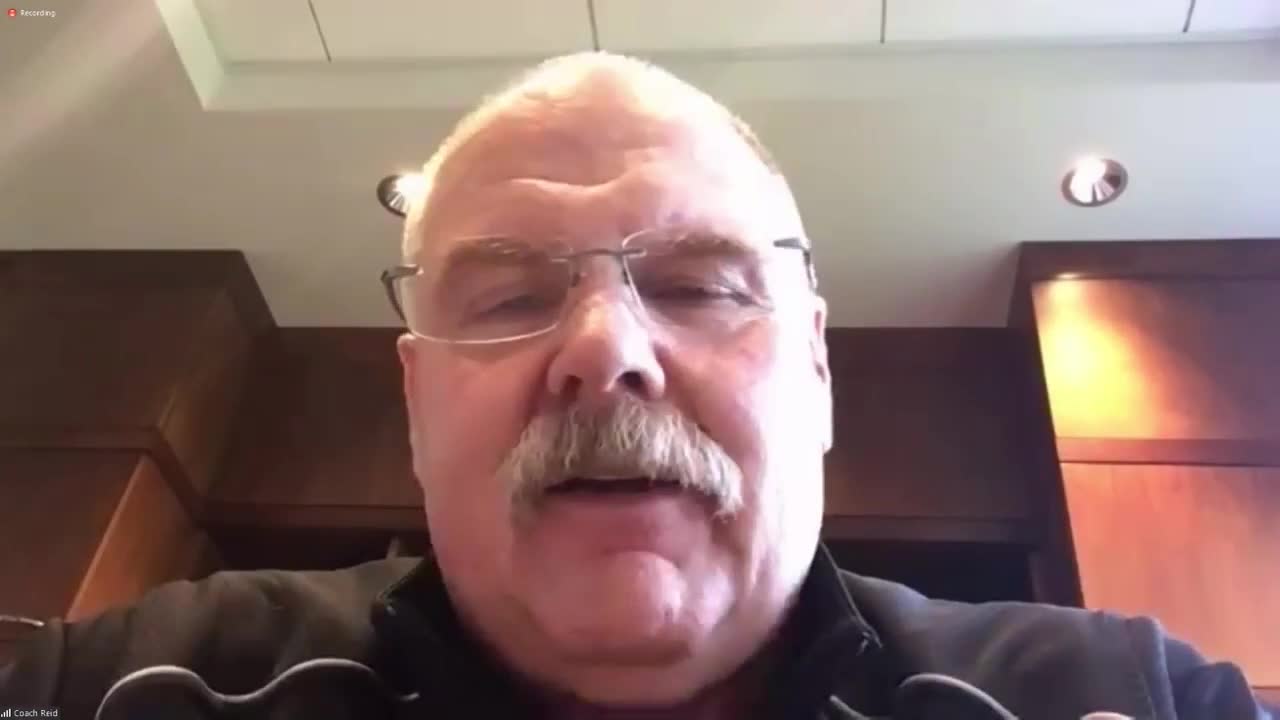 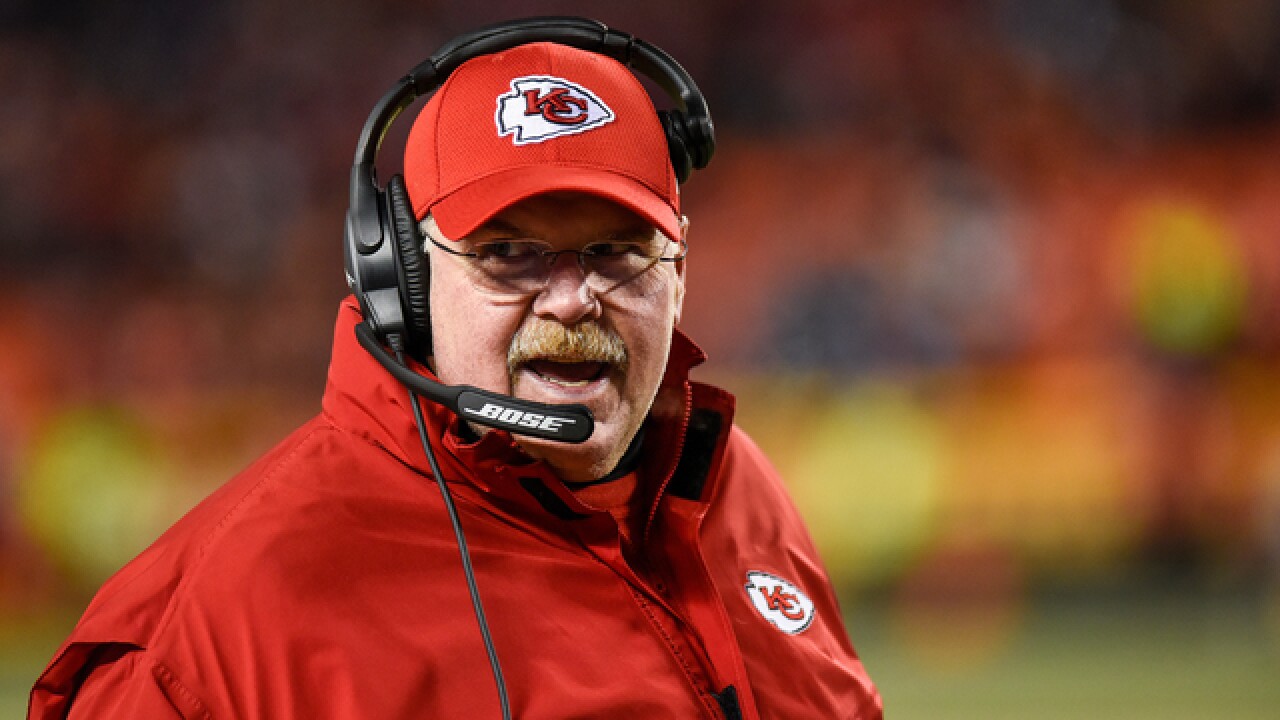 KANSAS CITY, Mo. — Chiefs coach Andy Reid spoke Wednesday about the Black Lives Matter movement and the state of the nation during a videoconference with reporters.

During unsolicited opening remarks, Reid expressed how fired up he was about the younger generation and their desire to make the country better.

“They are taking it and they are attacking this thing the right way,” Reid said.

Reid, a California native, said he grew up in a diverse community in Los Angeles, which helped him develop respect for all people.

“We’re sitting here with this push on Black Lives Matter and absolutely they matter, man," Reid said. "I think it’s a beautiful thing. I’m in complete support with them. I believe in communication."

Reid went on to praise quarterback Patrick Mahomes and safety Tyrann Mathieu, who participated in a social media video in support of Black Lives Matter and nationwide protests for change in policing and other aspects of society.

“I appreciate Patrick and Tyrann for what they did," Reid said, "and standing up and making a statement that allows all of us to be in a better place where love is first.”

The prompted an about-face from NFL Commissioner Roger Goodell who cracked down two years on peaceful player protests when 49ers quarterback Colin Kaepernick began kneeling for the national anthem to protest police brutality and racial injustice.

Reid also said he respected how Chiefs Chairman and CEO Clark Hunt has supported his players during this time, wanting to learn and listen along with General Manager Brett Veach and President Mark Donovan.

“Tyrann and Patrick have kind of headed up with players in putting together some thought on what they can do to make things better in Kansas City,” Reid said.

The recent deaths of Ahmaud Arbery in Georgia, Breonna Taylor in Kentucky and George Floyd in Minnesota are nothing new, according to Reid.

“I saw it as a young person, and it’s going on today," Reid said. "Technology has exploited it here, so we can all see it and you better believe it. It’s real and it needs to end.”

Reid hopes everyone will embrace this moment in history and the move toward true social equality.

Mahomes also participated on the videoconference with Reid, offering his first public remarks since the video was posted.