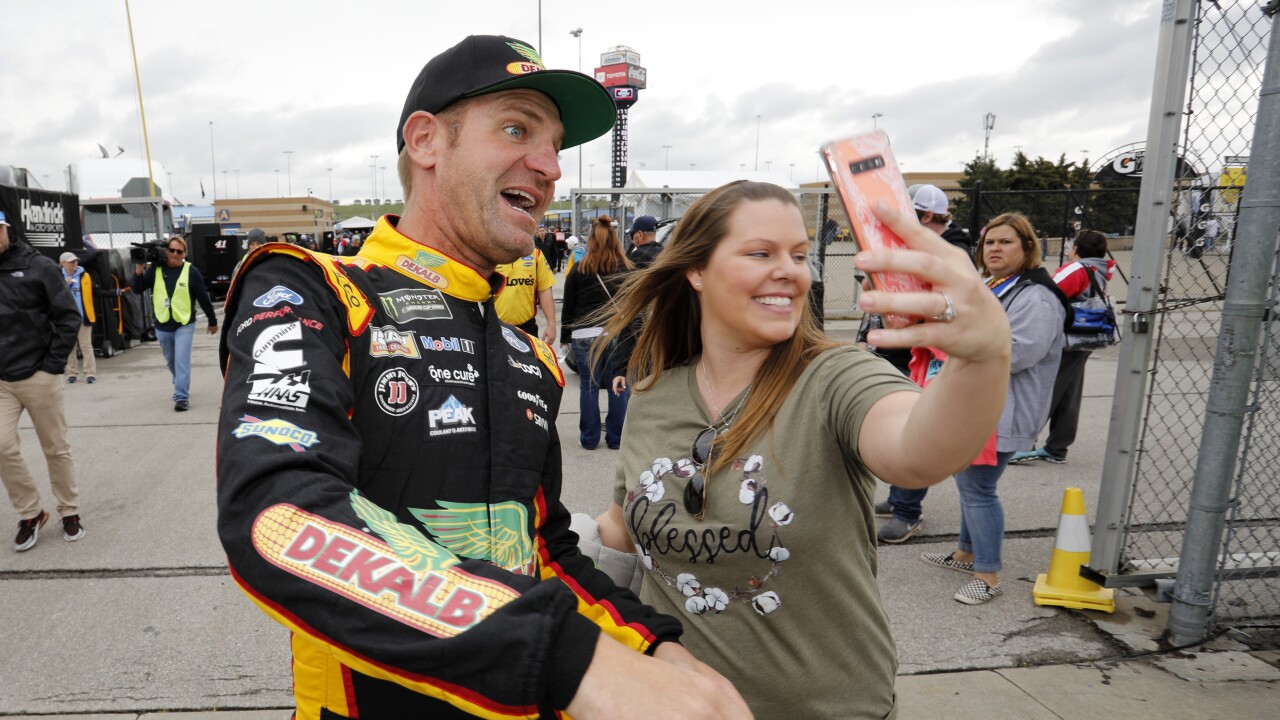 (Copyright 2020 The Associated Press. All rights reserved. This material may not be published, broadcast, rewritten or redistributed.)
Colin E. Braley/AP
Clint Bowyer, left, poses for a picture with Brittany Goldsmith, right, before qualifying for a NASCAR Cup Series auto race at Kansas Speedway in Kansas City, Kan., Saturday, Oct. 19, 2019. 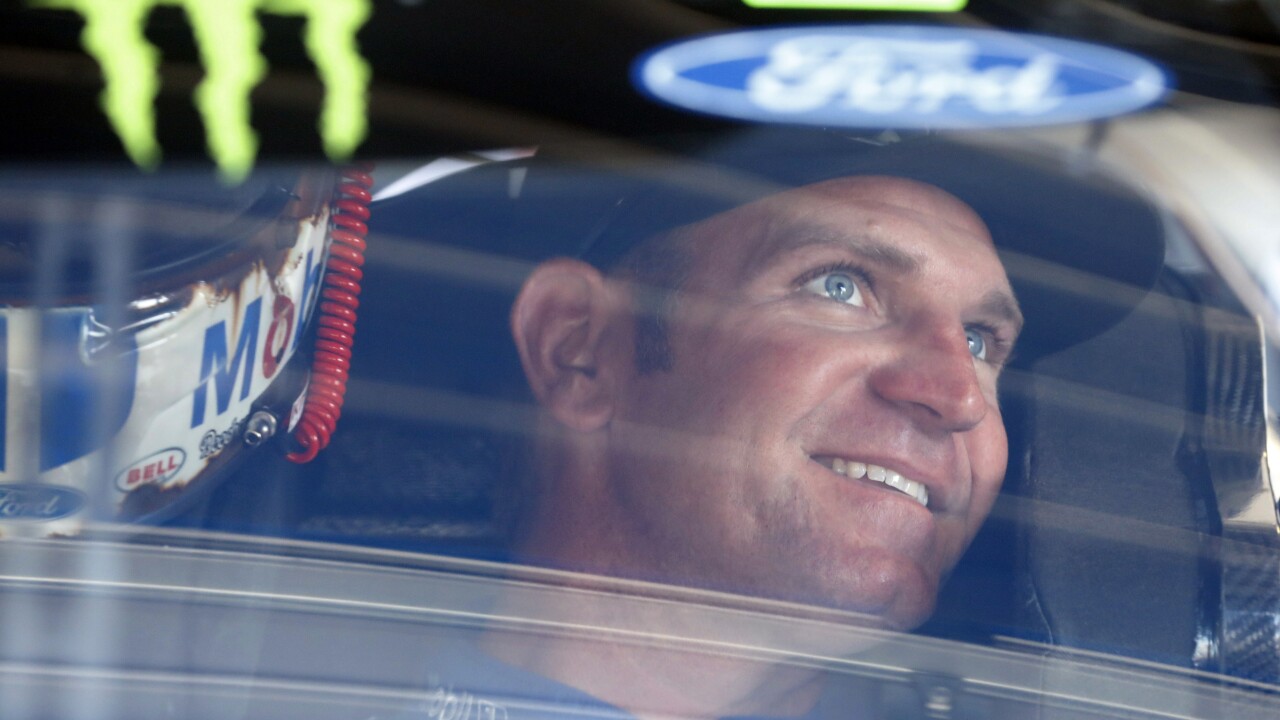 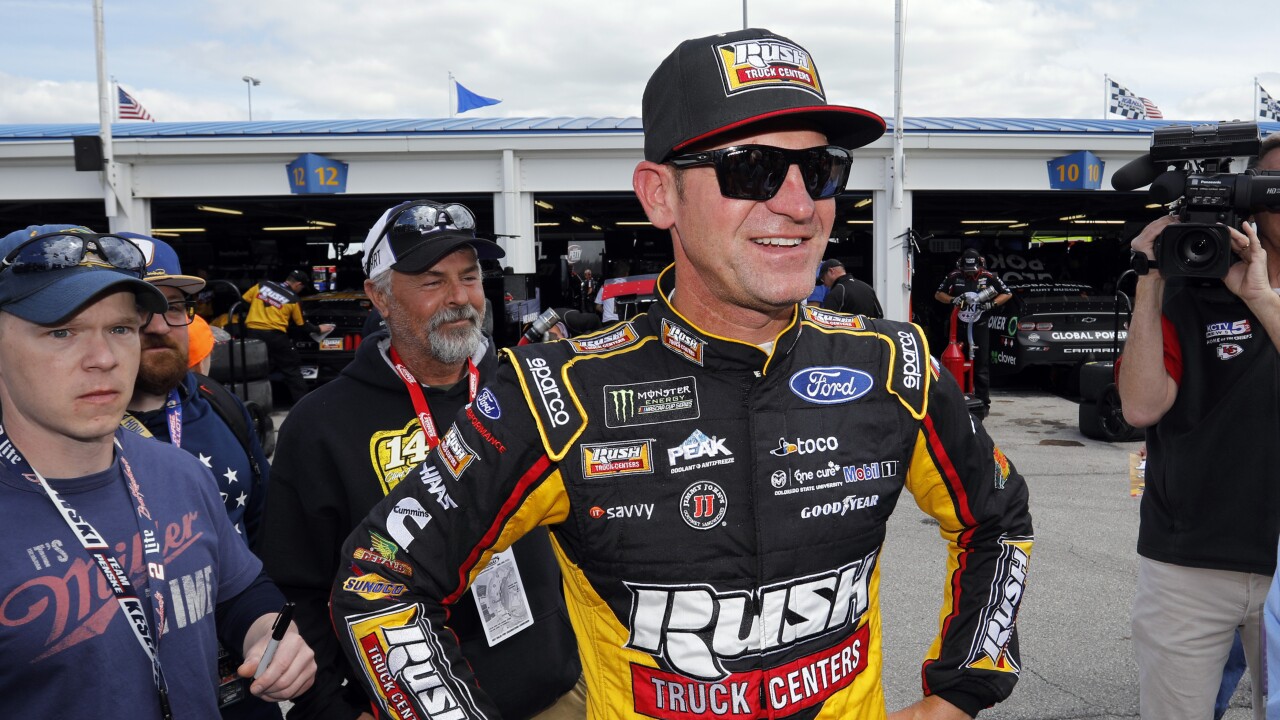 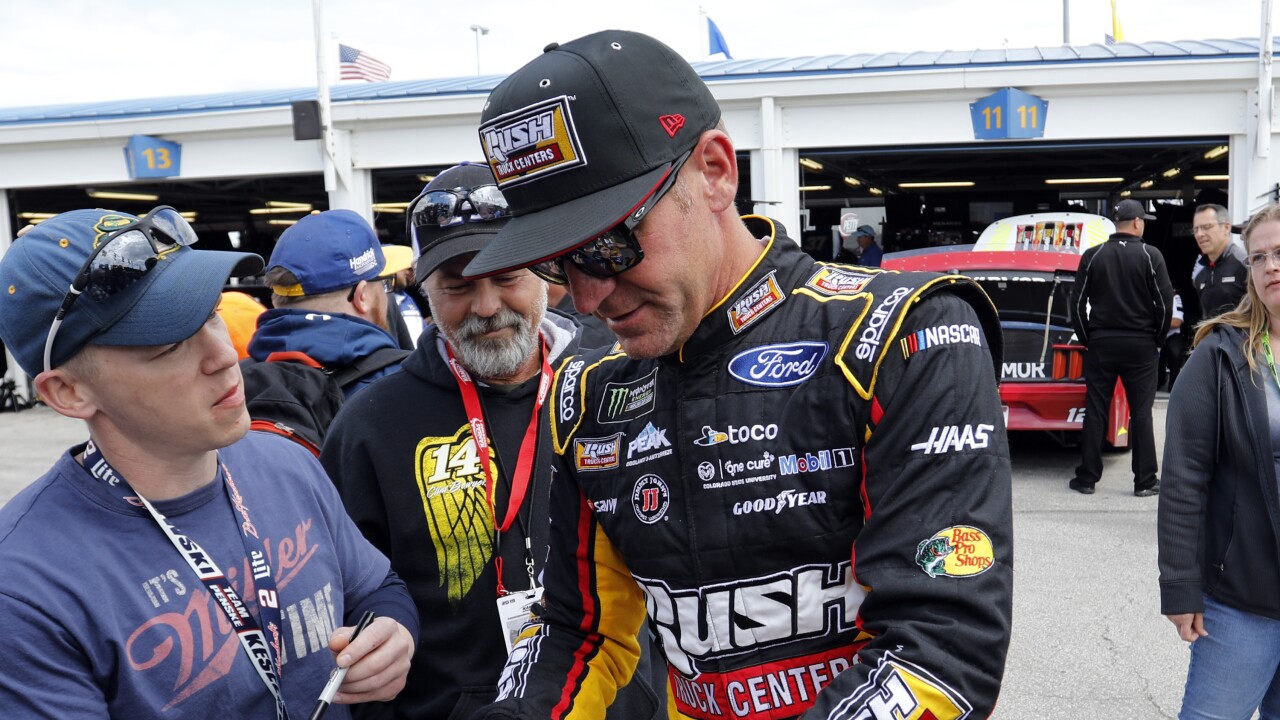 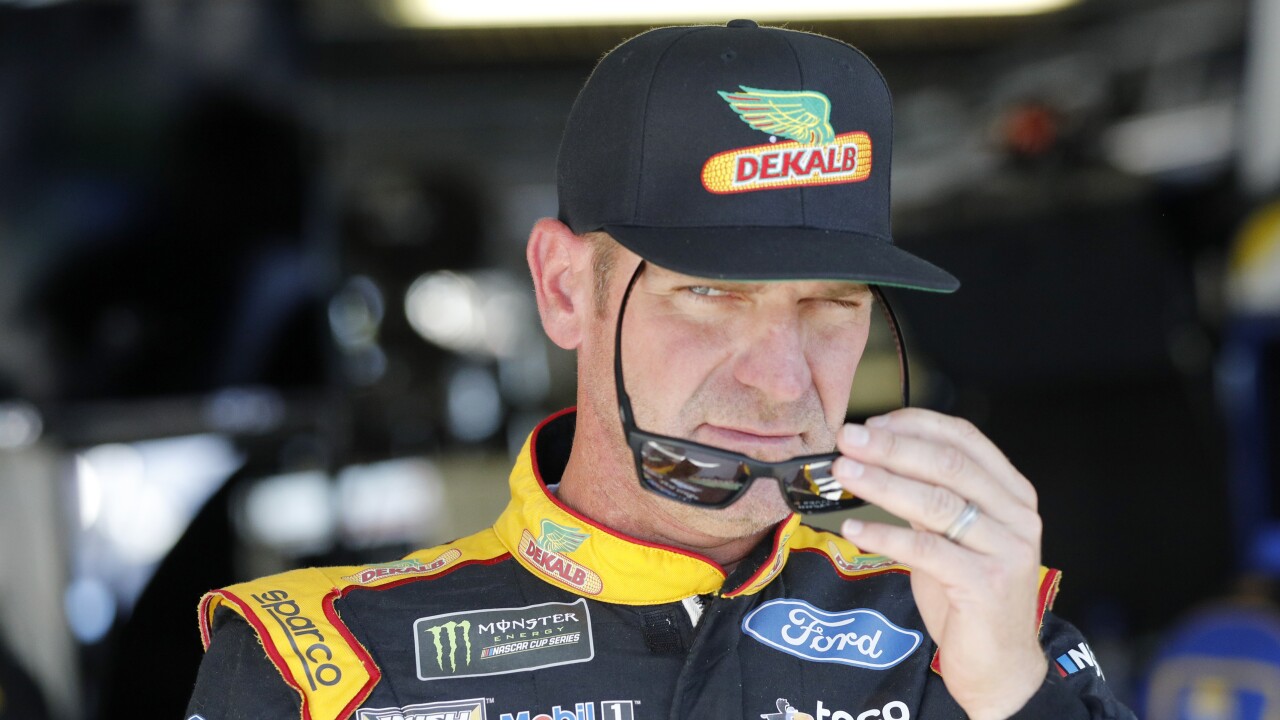 Bowyer — from Emporia, Kansas — and Carl Edwards — from Columbia, Missouri — rose to Cup Series prominence after cutting their teeth on small regional tracks.

Along the way, Bowyer and Edwards have served as tremendous ambassadors and marketable stars for Kansas Speedway.

“Hopefully, we’ll find another driver that’s from the Midwest, because it certainly helps,” Warren said. “It sort of humanizes the sport in a way. When you don’t have a home team, you look for a home driver. For some fans, they want that geographic connection.”

The Hollywood Casino 400, which is scheduled for 1:30 p.m. on Sunday and will air on 41 Action News, also represents Bowyer’s last chance to channel his inner Captain Ahab.

After all, a win at Kansas Speedway is Bowyer’s proverbial white whale.

“One of my worst tracks,” Bowyer said. “That sucks so bad.”

Bowyer — who finished 10th or better in the Cup Series standings five times in seven seasons from 2007 to 2013, including a runner-up finish behind Brad Keselowski in 2012 — owns 10 career Cup wins, but he hasn’t finished better than fifth at Kansas Speedway since 2007.

His average finish at the track (15.6) ranks 15th among 25 active NASCAR tracks and his average starting position at Kansas Speedway (18.8) is the third-worst for any active track.

Bowyer won a Truck Series race at the track in June 2011, but winning his final race as a full-time driver in the Cup Series would be sweet, especially one week after being eliminated from the NASCAR Cup Series Playoffs for the final time.

“It’s always fun to come back to Kansas ...,” Bowyer said. “It’s obviously going to be more special this time around.”

Bowyer’s fondest memories of the 1.5-mile banked tri-oval date to the Cup Series debut more than 19 years ago when he was “sitting on top of a motor home with a beer in my hand watching Jeff Gordon win the first race.”

Three years later, Bowyer was on the track for his first Xfinity Series race in 2004. He eventually joined the Cup Series full-time in 2006, lining up in the same field with Gordon as a colleague.

“Now, I’m going to be lining up next to him in the booth next year,” Bowyer said. “It’s all kind of coming full circle. It really is weird how life works, and it’s still working for me.”

In addition to his new broadcasting career, Bowyer said he plans to spend more time with his family and “go figure out, I guess, what normal people do” in the months and years ahead.

“It’s been since I was 5 years-old, I’ve been at a motor home at a racetrack somewhere,” Bowyer said.

Approximately 10,000 fans will be allowed to attend the race, which Kansas Speedway announced Tuesday was a sell out based on available tickets. Fans were prohibited during the postponed July race.

“It’s nice that we can have a few and nice that we’ll feel their presence at Kansas Speedway, but nonetheless it’s not that sea of fans that we’re accustomed to when we come back to a track that’s so special to me,” Bowyer said.

Kansas Speedway plans to honor Bowyer and seven-time Cup Series champion Jimmie Johnson, who also is retiring after the season, during Sunday’s festivities.

“Because of the timing, we’re sort of working on those things,” Warren said. “We are going to do something ... but we’re still working it out with NASCAR, honestly.”

Academy Sports and Outdoors announced Wednesday it would donate 48 bicycles and helmets to pediatric patients in the University of Kansas Health System in Johnson’s honor. He drives the No. 48 Chevrolet Camaro for Hendrick Motorsports.

Johnson, a three-time winner at Kansas Speedway, is tied with Gordon and Kevin Harvick for the most career Cup Series wins at the KCK facility.

There will be three other races this weekend at Kansas Speedway, but fans won’t be allowed to attend the ARCA Menards Series Speediatrics 150 at 5 p.m. on Friday on FS1, the NASCAR Gander RV and Outdoors Truck Series Clean Harbors 200 at 3 p.m. on Saturday on Fox or the NASCAR Xfinity Series Kansas Lottery 300 at 6 p.m. on Saturday on NBC Sports.