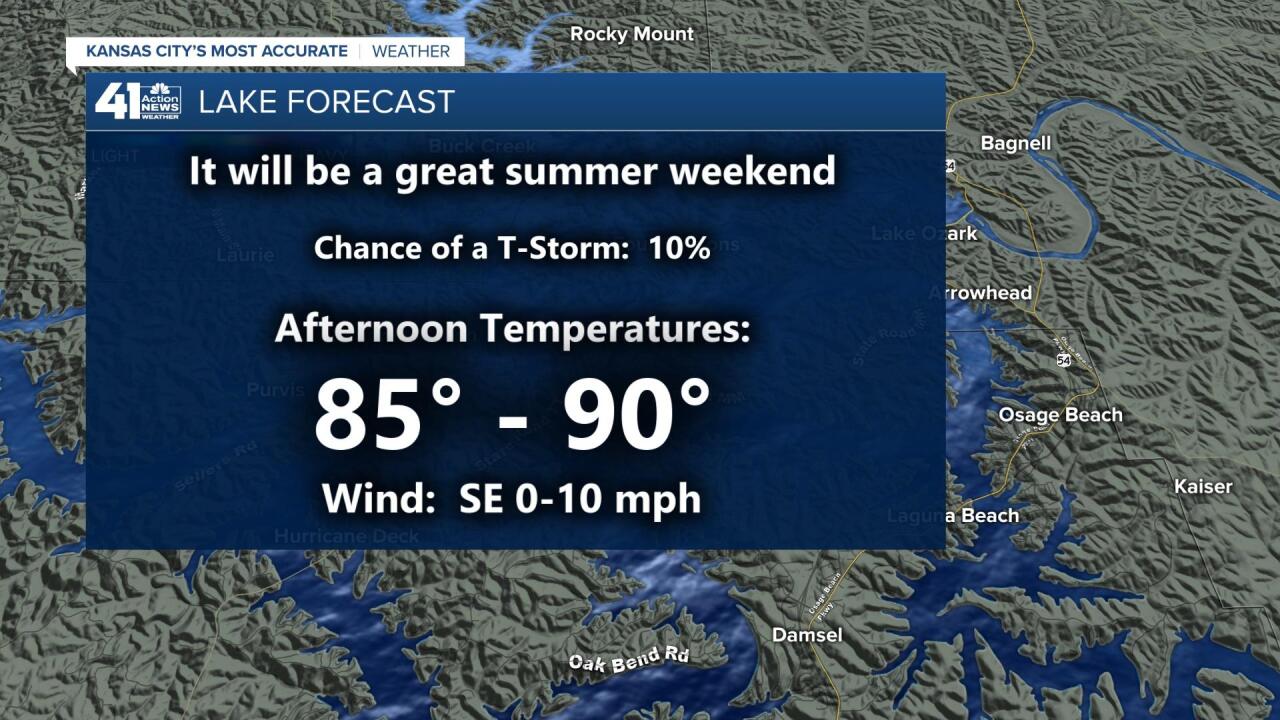 When I was on the air last night, on KSHB-TV, I showed a large area of organizing thunderstorm heading east at 25 mph over Kansas. And, I said, they would fall apart before getting to KC.

If you look closely, you can see a fine line ahead of the thunderstorms. This line was created by rain cooled air spreading out to the east. This is like a cold front being generated by the thunderstorms with a wind shift to the west. This line moved east all the way past KC in the next few hours. Just 90 minutes later that line was approaching Lawrence. The complex of rain and thunderstorms stopped moving east, southwest of Manhattan, KS. And, a small cluster of showers and thunderstorms was being generated by some rising air caused by the outflow boundary. You can see the line just west of Lawrence.

There was even one shower that made it into Johnson County, KS:

Notice how the line was moving across the Kansas/Missouri state line around 4:30 AM, and the thunderstorms and rain showers were falling apart, as I predicted they would last night. I was impressed that they made it to Osawatomie. But, this didn't help your lawn. By 7 AM, the thunderstorms were over eastern Missouri, and again developing north of Wichita, leaving KC dry.

Here is a forecast valid Saturday afternoon. This shows an unstable air mass with a few cumulus clouds growing into thunderstorms. I have been saying there is a 5% chance each day. We may want to up that chance a bit, but I am not sold on it yet. I want to see if any big cumulus clouds grow today first. This map below shows an isolated thunderstorm tomorrow afternoon right on I-49 near Harrisonville. If you get under one of these, your lawn will get a nice drink of water. Again, the chance is pretty low, perhaps at around a 10% chance.

Look closely at the H's I posted on these 500 mb forecast maps. The 500 mb level is around 18,000 feet above us, and it shows the river of air flowing and cycling according to the LRC. The pattern has cycled into the summer version of the weather pattern. We are currently in the fifth LRC cycle since it began with Cycle 1 in early October. The new LRC will form again in early October, but for now we are continuing this pattern. It is absolutely fascinating. Again, look at the H's:

The forecast map above shows the flow aloft by early next week, and the forecast below shows the predicted flow for a week from Sunday. The H's show where the highest heights are located. They will usually form strongest over the deserts of the southwest, caused by the heating of the land areas, which is strongest over the deserts. The favored position of the upper high will be over New Mexico and Arizona. If there were no LRC, no cycling pattern, then the upper high would be powerful and it would be 125 degrees every day out there. But, there is an LRC, a cycling pattern, and we know when and where the upper highs will form and track. On Monday, there is a trough over KS, albeit very weak. This may allow for the chance of isolated thunderstorms to increase. The upper highs are forced over the oceans in this part of the pattern.

And, then by one week from Sunday, a large upper high height area is forecast to grow and be centered over the Texas Panhandle. This will provide the conditions for a short duration heat wave, and something to monitor closely. If you really look closely, there is also a chance of a tropical system forming over the Gulf of Mexico. The main jet stream is forced north at this time of the year:

Be careful on area lakes if you see any thunderstorms forming. If you are out on a boat, and there are thunderstorms forming over the lake, then get to shore as soon as you can. A summer thunderstorm that is not severe is still capable of causing 30 to 50 mph winds, and this would create havoc for small boats on the water.

And, don't forget about your pets. The dogs get scared from the loud booms from the fireworks. Keep them indoors the next few nights, and turn on some music inside to keep them distracted.

Have a great day!