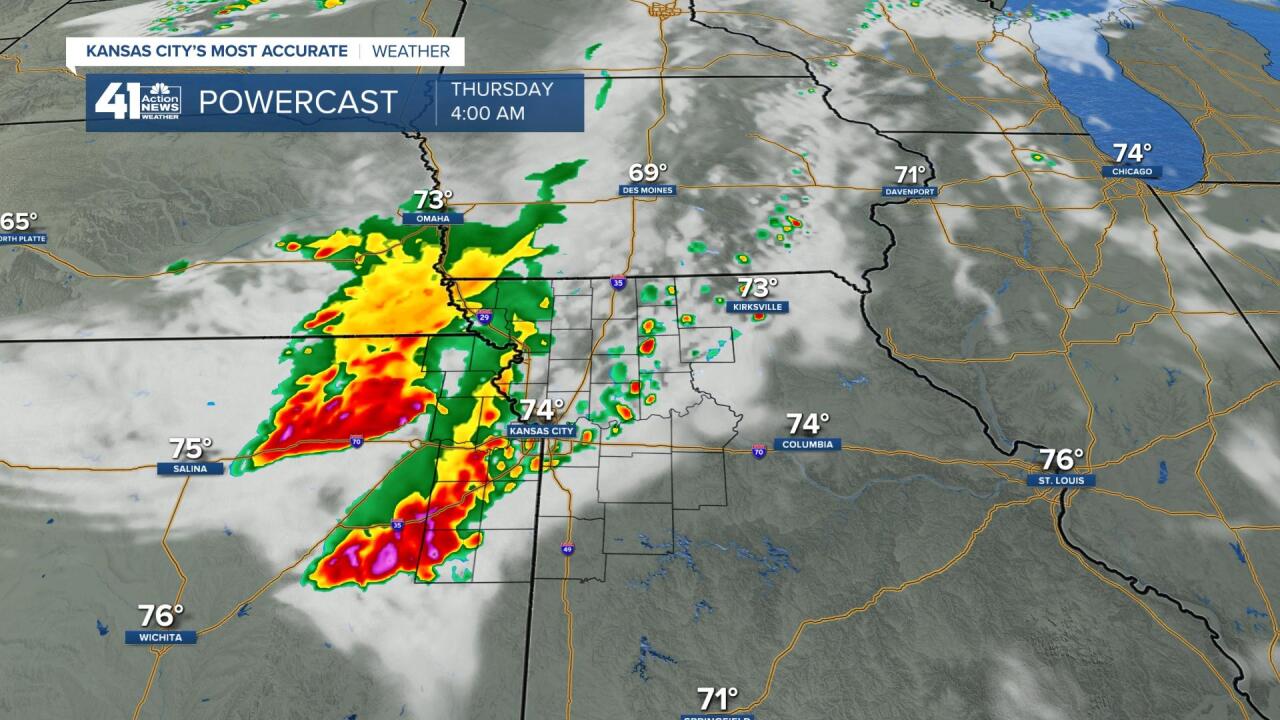 We have been in a pattern the last several days where each day we see cumulus clouds build during the afternoon and some become cumulonimbus clouds, thunderstorms. This has lead to some seeing 2" to 4" of rain and some seeing 2 to 4 drops of rain. This is coming off a rather dry June.

This is a crucial time for the corn crop and next month is crucial for the soybeans. So, a pattern with more widespread rain would be nice and that is just what is about to happen.

We can see this pattern change by looking at the upper level flow Friday. A potent upper level high, also known as a "Heat Wave Creating Machine" will be located in the southern Rockies. It will extend into the southwest Plains. Along the edge of the high heat you often get countless rain making disturbances and fronts tracking along the rim of the heat. This is going to be the case starting at the end of the week.

The high heat will be found across southwest Kansas to west Texas. We will be in the zone of thunderstorms. This means every day or at least every other day for about 7-10 days we will have a chance of widespread thunderstorms. The timing is mainly at night and early in the morning. So, if you miss a round, there will be another chance 1-2 days later. Let's go through the forecast through the weekend.

TUESDAY: We will still be in the weather pattern that features afternoon cumulus clouds and a few slow moving showers and thunderstorms. The chance of seeing a thunderstorm today is 5%. Highs will be in the low 90s with high humidity and a light wind.

WEDNESDAY AFTERNOON: The afternoon cumulus cloud pattern will be exiting to the east as the organized thunderstorm pattern starts in northern Nebraska. We will have another day with highs in the low 90s and high humidity. There will be a bit more of a breeze.

THURSDAY 4 AM: On this data the main cluster is tracking south across eastern Kansas with KC on the eastern edge. We are confident that a thunderstorm cluster will be moving through the region. We are not confident in the track of the thunderstorms. They could track down the state line or even east of KC. Regardless of the track, all should see some rain.

THURSDAY NIGHT: A new cluster of thunderstorms is possible. It may get here earlier as it may form closer to us. This data has us in the middle of the thunderstorms. Again, the track is uncertain.

FRIDAY: The thunderstorms should end during the morning and the afternoon will become warm and very humid with highs in the 80s. The extreme heat will be confined to southwest Kansas south to west Texas. The new data has trended towards the extreme heat being pushed farther southwest.

SATURDAY: Another round of thunderstorms will track in from the northwest during the morning, moving away during the afternoon. We will be in the 80s as the 110° heat rages from western Oklahoma to west Texas. This high heat is shifted southwest by 100-200 miles from what it looked like a day ago.

RAINFALL FORECAST THE NEXT 7 DAYS: You can see we are in a zone of 1" to 4" of rain with 2" to 5" across Nebraska and Iowa. This is great news for the corn and soybean plants. Also, there may be some localized areas that see over 5" of rain as rainfall rates can be as high as 2"-3" per hour.

The western Plains which are in the high heat areas will see less rain. They will still see some rain as a cluster or two may sneak into those locations.