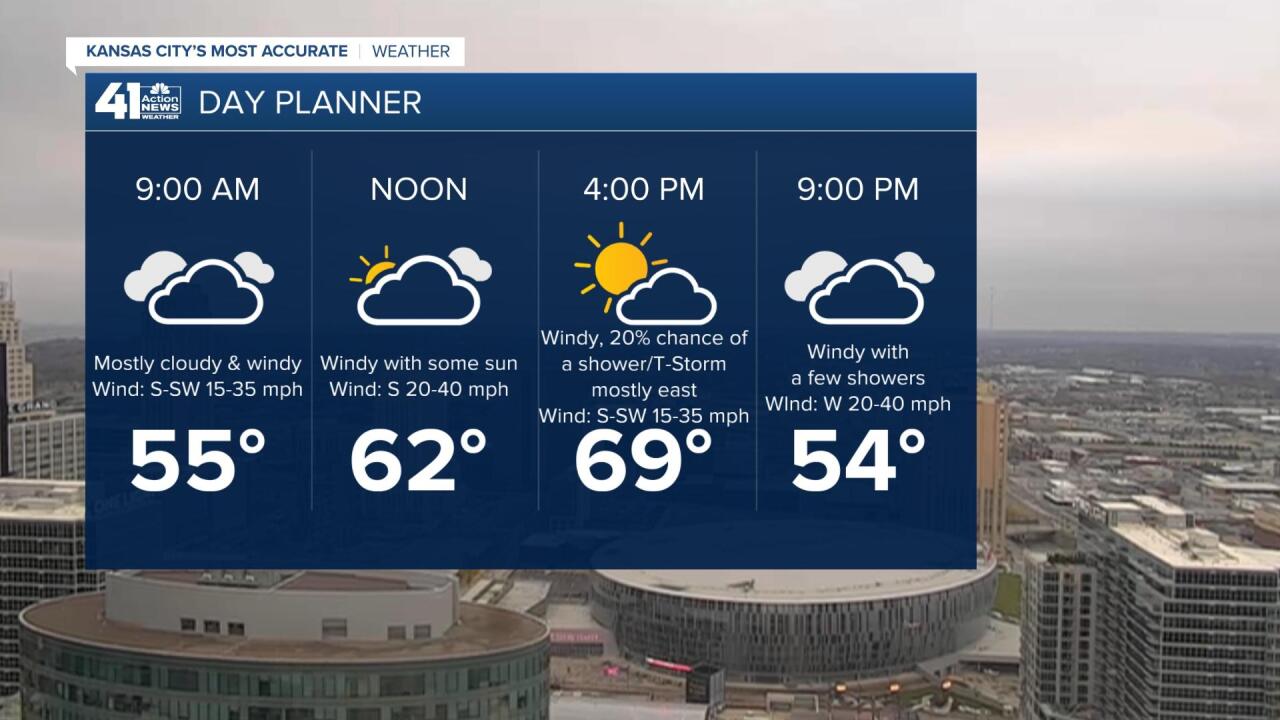 We are experiencing spring in November as highs today will make a run at 70 and there is a slight risk (level 2 of 5) of severe weather later today across central and eastern Missouri.

Severe weather can occur in our region at anytime of year. It is most common during the Spring as the exiting cold of winter battles the increasing warmth and humidity of an approaching summer. You can have a second season of severe weather during the fall as the reverse happens. The retreating summer heat and humidity interact with the approaching cold of winter. That occurs most commonly during September and October.

Now, all that being said, we have a chance of severe weather today from central Missouri to Arkansas and eastern Oklahoma. Our area is west of the threat zone. Conditions to our east will be favorable for severe weather as there will be relative warmth, humidity and a strong upper level system. It forms to our east because the above ingredients don't quite come together around here.

We had a few thunderstorms 2-4 AM as warmer air is surging in. So, if you thought you heard thunder last night you were not dreaming. The most activity was along and east of I-35.

Rainfall was a trace to .25" as the showers and thunderstorms were moving quite fast.

Our forecast today will feature quite a bit of wind with gusts 40-45 mph from the south today and west tonight. Highs will reach 65°-70° depending on how much sun peeks out. The main thunderstorm chance will be east of our area. After the front we will see a few rain showers, but we are not expecting much rain around here.

A few days ago Tropical Storm Theta formed and this made it a record hurricane season. We are adding to the record as Iota has formed in the Caribbean Sea. It may become a major hurricane and head to Central America the next 5-7 days.

The video below details the severe weather threat and our changing weekend weather. The video starts with an update on the record hurricane season as we have added "Iota".
Sunday we will look closer at the week ahead and peek into Thanksgiving week. Changes are showing up.