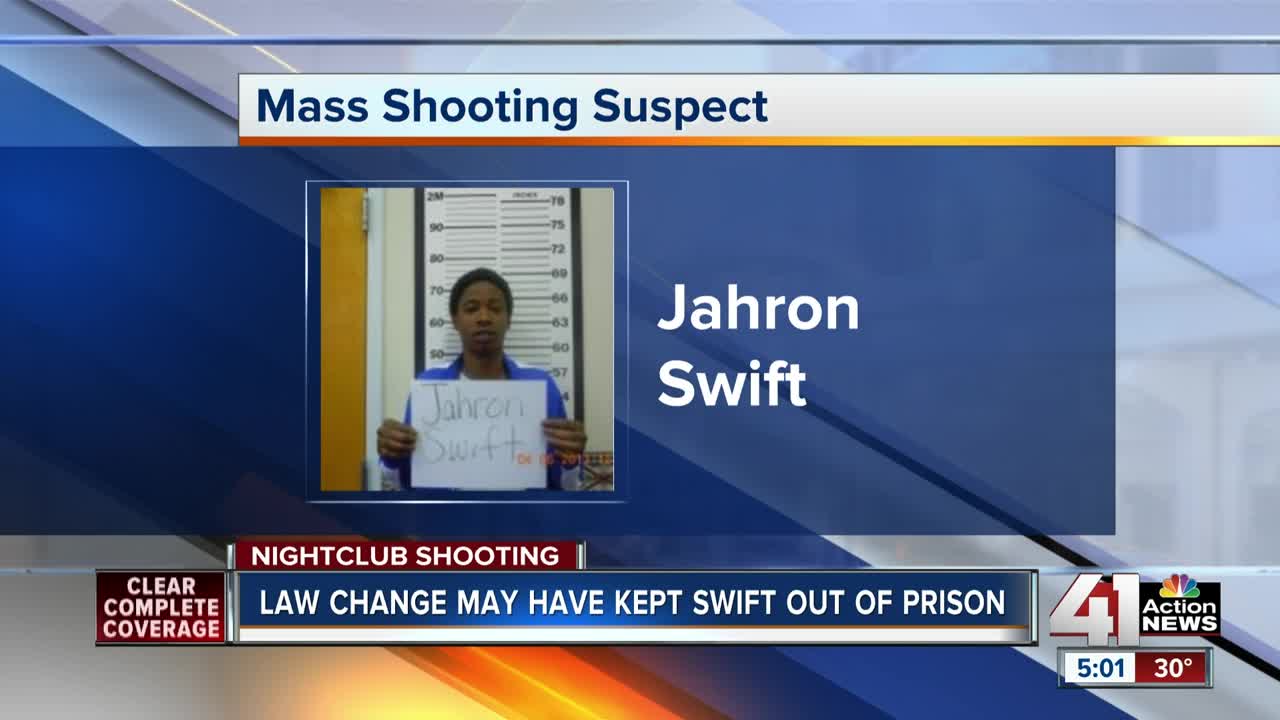 A change in Missouri's gun laws might have kept a mass shooting suspect out of prison. A 2016 gun charge against Jahron Swift was dropped after Missouri lawmakers passed a law allowing citizens to carry a concealed weapon. 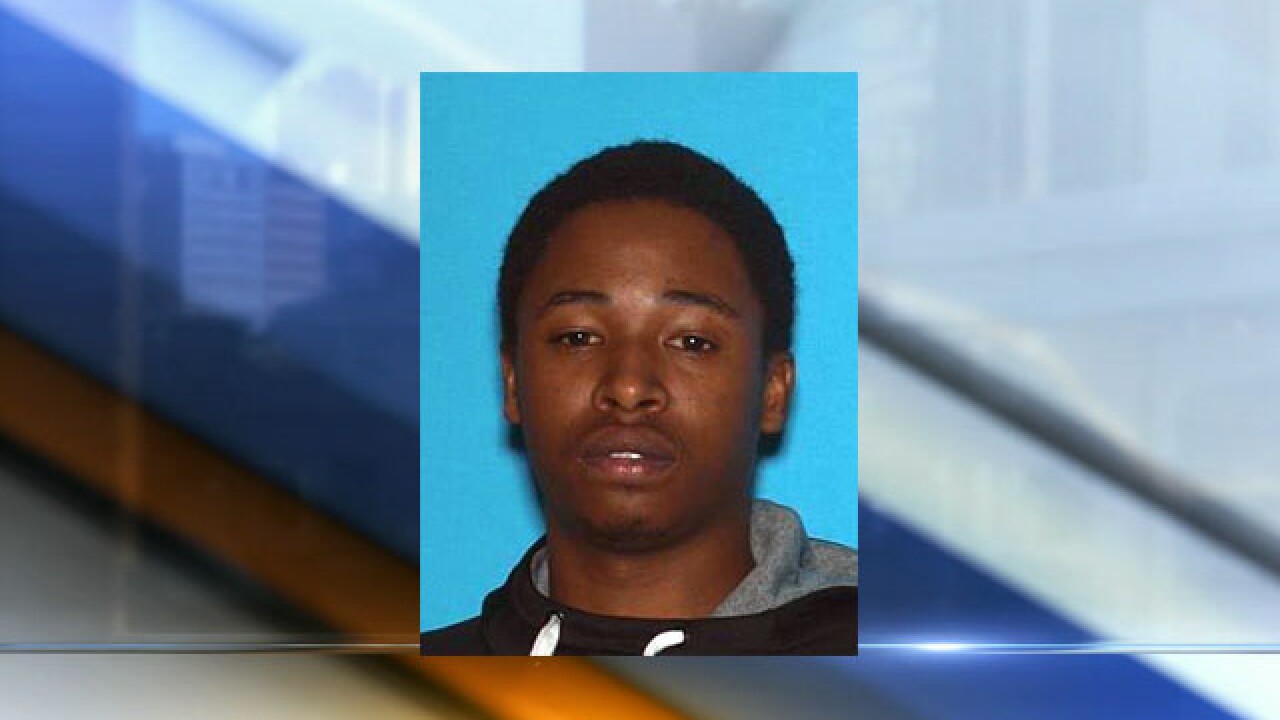 KANSAS CITY, Mo. — A Jackson County judge rejected a motion to revoke mass shooting suspect Jahron Swift's bond after a second gun-related arrest while Swift was out of jail on bond.

According to Jackson County Attorney's spokesman Mike Mansur, the prosecutor from that office tried to get Swift put back in jail after police found him with a weapon in 2016.

Swift had been charged with gun and cocaine felony charges in 2015.

Part of the terms of his bond included an order for Swift not to possess a firearm.

However, Mansur said a Jackson County judge denied the prosecutor's motion to revoke Swift's bond and put him back in jail.

Mansur and Jackson County Attorney Jean Peters Baker claim that law change and the dropped case meant prosecutors had less leverage to get a stiffer sentence for Swift for his 2015 charges.

According to Mansur, Baker and her office lobbied state lawmakers not to pass the conceal-carry law.

Investigators said an armed security guard shot and killed Swift, potentially saving many other people from death or injury.

Court records show that in August 2015, Swift was charged with felony possession of cocaine and a firearm.

About a year to the day in August 2016, Swift was charged a second time with unlawful firearm possession, which could have meant a tougher sentence for Swift.

But at that point a year later, Swift's original 2015 felony case had yet to make it through the court system.

A short time after Swift's second firearm arrest, Missouri lawmakers, according to Mansur, changed the law.

Mansur said the result was the second charge of Swift carrying a concealed weapon was no longer a violation and could not be used against him except for what turned out to be an unsuccessful attempt at a bond revocation. The criminal case was dropped.

For that reason, Swift went to court on the original 2015 felony charges as a first- time offender.

In March 2017, about a year and a half after he was charged, Swift pleaded guilty to the firearm and drug charges.

As part of the plea deal, Swift was given a three-year suspended prison sentence with probation.

Mansur said it was the best outcome the prosecutors could've obtained for a first time offender.

One of the special terms of his probation was that he could not possess any firearm.

Swift, according to Mansur, earned court compliance credit for his probation.

As a result, he was released from probation nearly a year early this past April.

Had the full three years run, Swift still would have been on probation when police said he opened fire at the nightclub Sunday night.

There's also another factor that might have kept Swift out of prison, or from that first-time offender designation.

In 2013, Swift was charged with robbery.

But according to Mansur, witnesses didn't cooperate.

As a result, the robbery case against Swift was dropped.