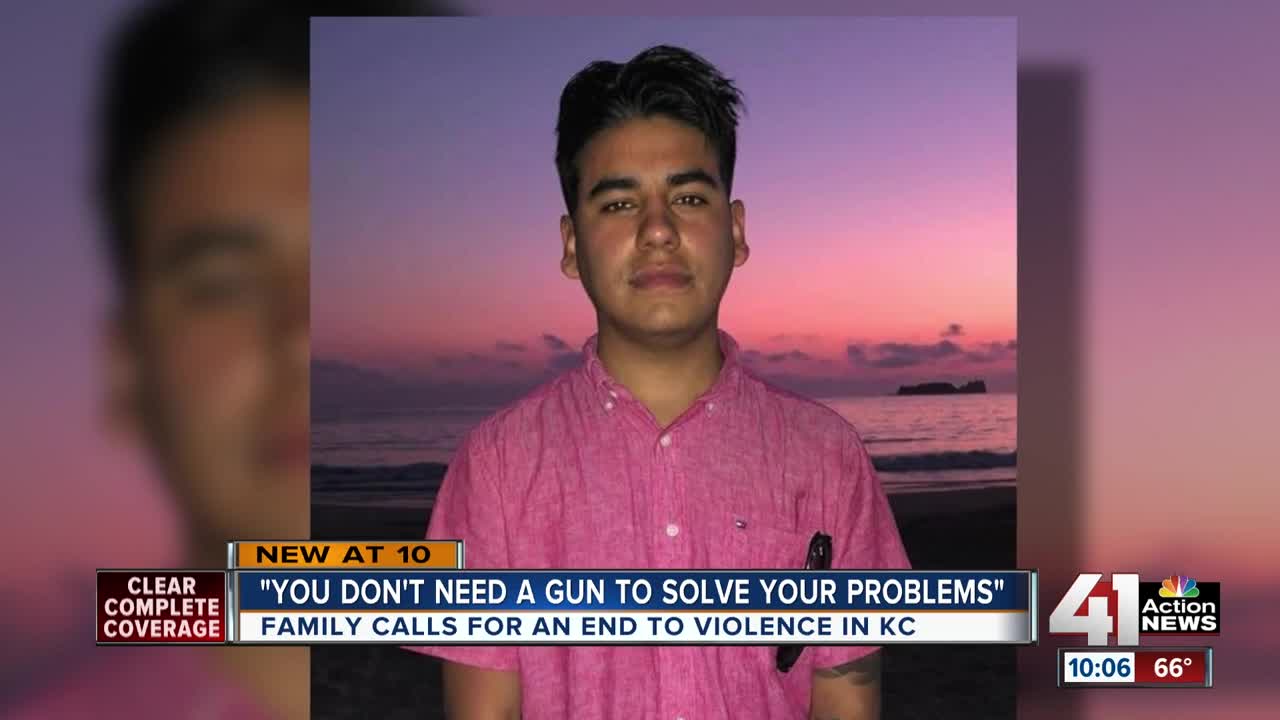 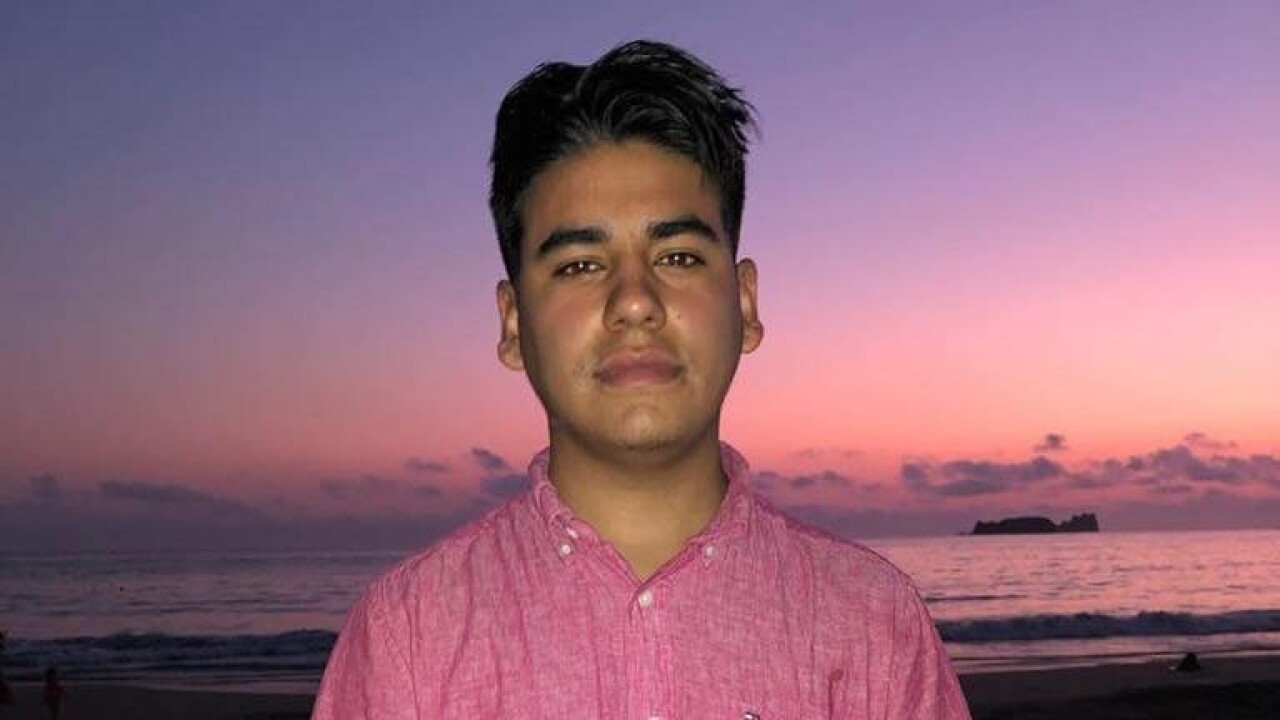 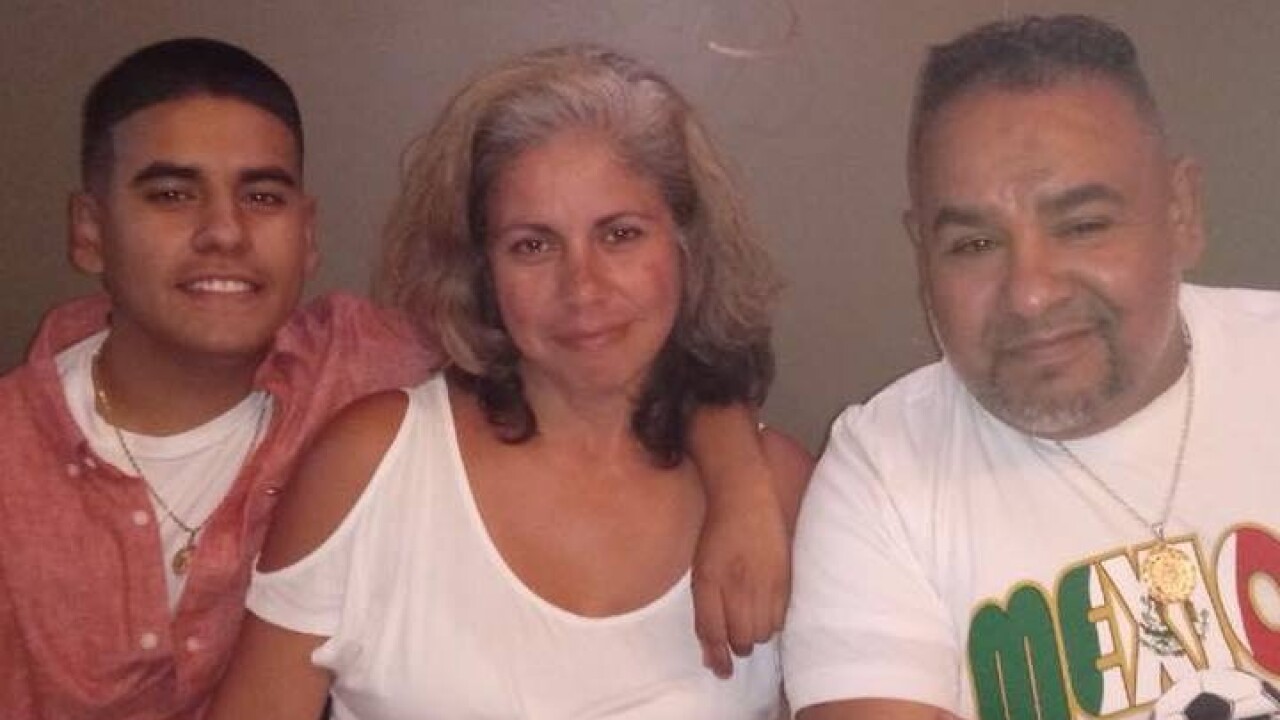 KANSAS CITY, Mo. — A local family wants people in Kansas City to put down the guns.

That was the message as the family of Leo Moreno Jr. gathered Tuesday night to honor the life of the 22-year-old was shot and killed early Sunday morning near the Power and Light District along with his cousin, 29-year-old Austin Quijas.

The tragedy is part of a deadly year with 99 homicides already in Kansas City, Missouri, in 2019.

Elisa Moreno went to the Kansas City Chiefs game Saturday with her brother, Leo Jr., and they went to the Power and Light District afterward.

It turned into a nightmare as they were walking to a friend's loft around 2:15 a.m. in the area of East 12th and Walnut streets.

"We went from laughing and dancing and having the time of our lives to within minutes it was completely over," Elisa said.

She said someone drove up and opened fire, killing Leo Jr. and Quijas in front of a vacant business.

"It was stupid," Elisa said. "It was careless. It was devastating."

The Moreno and Quijas families are among the latest to be torn apart by gun violence that's gripped Kansas City.

"You don't need a gun to solve your problems," Isaiah Garcia, one of Leo Moreno's cousins, said. "You just need your words."

About 24 hours after Moreno and Quijas were killed, gunfire at East 31st Street and Kensington Avenue claimed another life early Monday morning.

A 20-year-old man was shot to death Tuesday morning inside a transitional housing facility in Waldo.

Finally, KCPD said a 26-year-old man was shot to death Tuesday evening in the 2600 block of Lockridge Avenue.

"I just wish that we stop killing each other," Leo Moreno Sr. said Tuesday before a vigil in his son's honor.

Leo Sr. said he used to bring his son to American Legion Post 213 on Argentine Boulevard in Kansas City, Kansas, to him keep away from violence.

Post 213 is where the Moreno family held a vigil Tuesday for the young man who loved his Jeep and his family.

"He had a big heart, and it's not fair that they took him from me," Leo Sr. said.

Police haven't released a description of the suspect in this case. While investigating a motive, KCPD said the preliminary investigation indicates it was not a random shooting.

Anyone with information is asked to call the Greater Kansas City Crime Stoppers Tips Hotline at 816-474-TIPS (8477). There is a possible $25,000 reward for any information leading to an arrest.