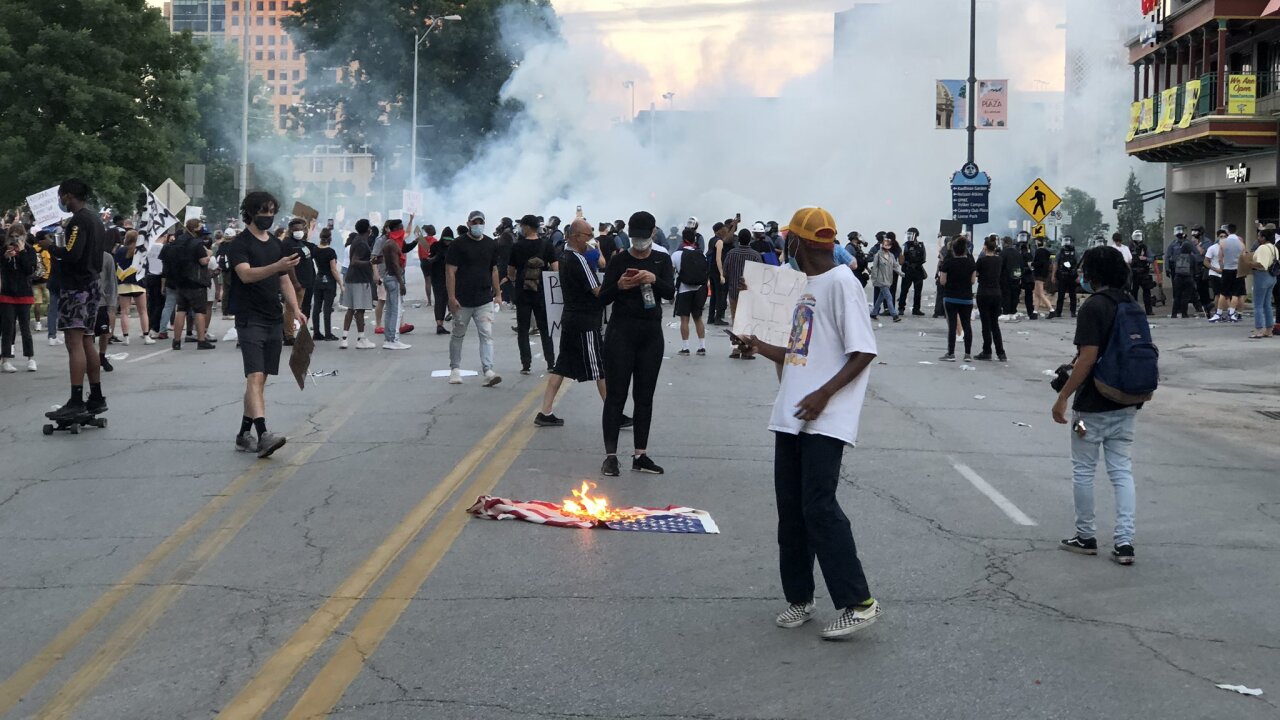 Dan Cohen/KSHB
Protesters burn an American flag during a protest on May 30, 2020, at the Country Club Plaza.

KANSAS CITY, Mo. — Protesters cited for non-violent offenses in the Country Club Plaza/Mill Creek Park area as well as the Central Business District and Westport during the first weekend of ongoing protests against police brutality will not face prosecution.

The Kansas City, Missouri, City Council approved an ordinance Thursday that prohibits the municipal court from beginning or continuing court proceedings against more than 150 people who were arrested from May 29 to June 2 during the first weekend of protests against police brutality after George Floyd was killed by Minneapolis police.

The most intense protests — and the bulk of the arrests — occurred in the Mill Creek Park/Country Club Plaza area, where police used tear gas, pepper spray, bean-bag rounds and other projectiles repeatedly to keep protesters out of the street.

Police allege many protesters responded by throwing bottles, rocks and other objects at officers, who were decked out in riot gear and formed lines to aggressively keep protesters contained.

However, a lot of protesters were arrested for doing nothing more than stepping off the curb.

After the first weekend, KCPD began to emphasize deescalation in dealing with protesters and curtailed the use of chemical deterrents at the urging of Mayor Quinton Lucas.

Jackson County is proceeding with the prosecution of at least four people who are accused of looting stores on the Plaza during the first weekend of protests, but Jackson County Prosecutor Jean Peters Baker was among those calling for amnesty for nonviolent protesters.