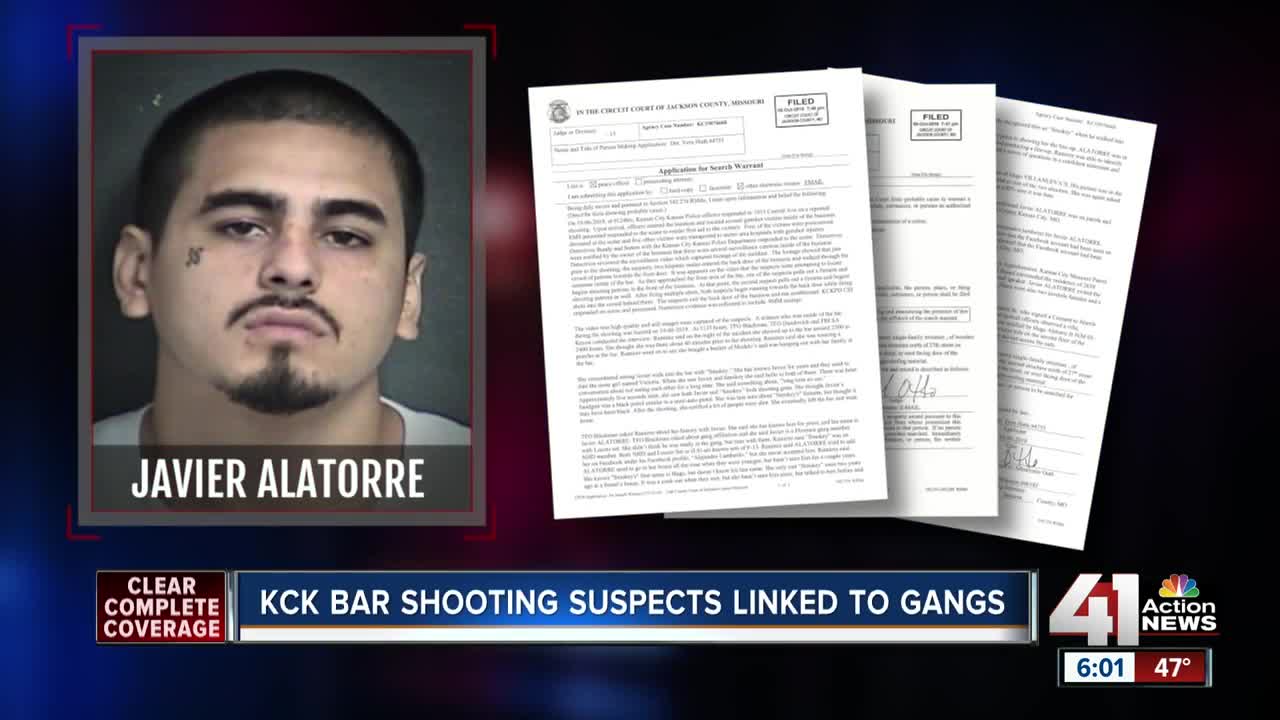 While authorities have not determined the motive behind a deadly weekend shooting at the Tequila KC Bar, more is coming to light about the two suspects' ties to vast criminal networks. 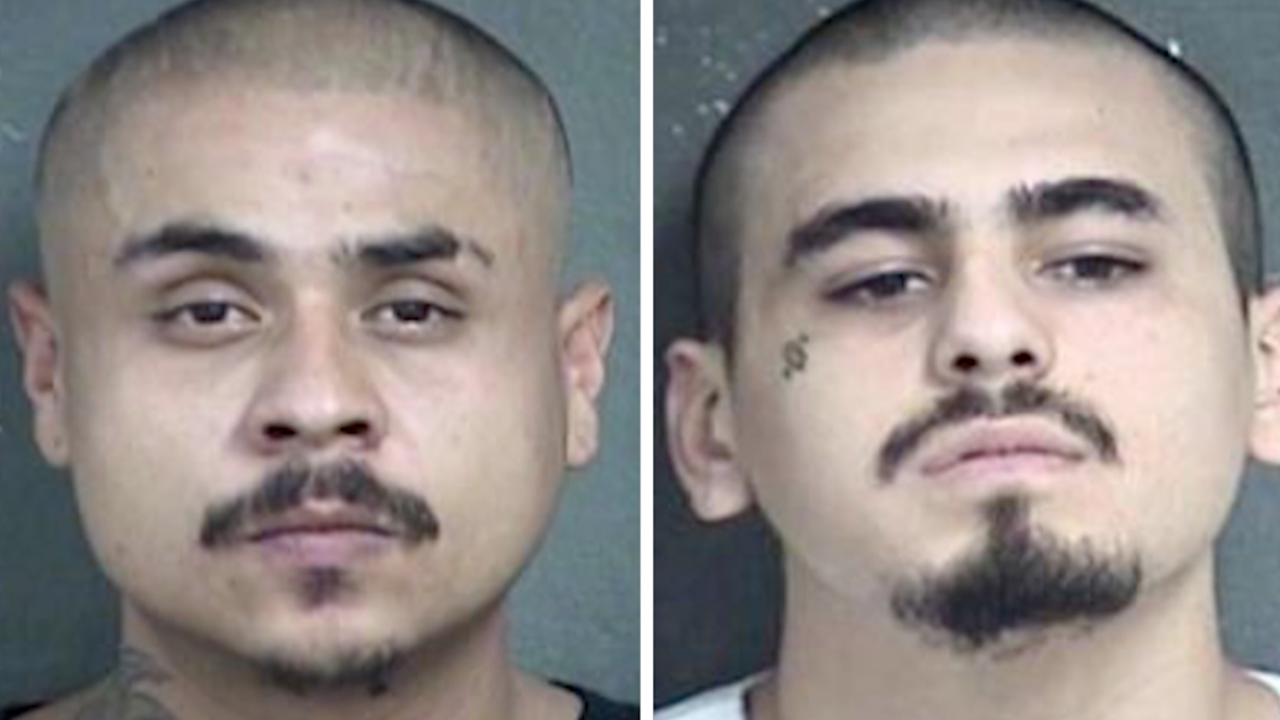 KANSAS CITY, Kan. — While authorities have not determined the motive behind a deadly weekend shooting at the Tequila KC Bar, more is coming to light about the two suspects' ties to vast criminal networks.

Security video inside the Kansas City, Kansas, bar showed two gunmen appearing to look for someone before they began shooting, killing four victims and injuring five others. New documents obtained by 41 Action News revealed that a witness told police they remembered seeing one of the shooting suspects, 23-year-old Javier Alatorre, walk into the bar early Sunday with a man nicknamed "Smokey," later identified as the second suspect, 29-year-old Hugo Villanueva-Morales.

That same witness told law enforcement that both men belong to gangs that have ties to California.

Master Deputy Tony Moe, who studies gangs for the Johnson County Sheriff's Office as the agency's security threat group coordinator, said that gangs tend to retaliate if they believe someone has disrespected them.

"All gangs have propensity for violence,” said Moe, who also serves on the executive board of the Kansas Gang Investigators Association. “If somebody disrespects them, there's going to be retaliation more than likely one way or another.”

One factor that attracts gangs to the Kansas City area is that the major interstates — I-35 and I-70 — cut through the metro, Moe said.

While the manhunt continues for Villanueva-Morales, Moe said he believes the suspect may already have tapped into his criminal network.

"It's probably as easy as a phone call away,” Moe said. “You know, they're going to help each other before they help us out.”

Court records also showed that when police arrested Alatorre at an east Kansas City, Missouri, home on Sunday, they recovered a 9 mm handgun and a gray Los Angeles Dodgers jersey, matching the one seen in surveillance photos that investigators released to the public.

"He's my son, but they make their own decisions,” Alatorre’s father, Hugo Alatorre, told 41 Action News on Monday.

According to court records, he was the one who gave officers permission to search the home where they arrested Alatorre. During the search, authorities found several weapons and ammunition.

Both Villanueva-Morales and Alatorre face four counts of first-degree murder in Wyandotte County.

Anyone who sees Villanueva-Morales or has information about his whereabouts is asked to call 911 or the TIPS Hotline at 816-474-8477. KCK police said he should not be approached as he is considered armed and dangerous.

Editor’s note: 41 Action News is not naming which specific gangs the suspects are believed to be associated with because experts say the publicity can lead to additional violence.