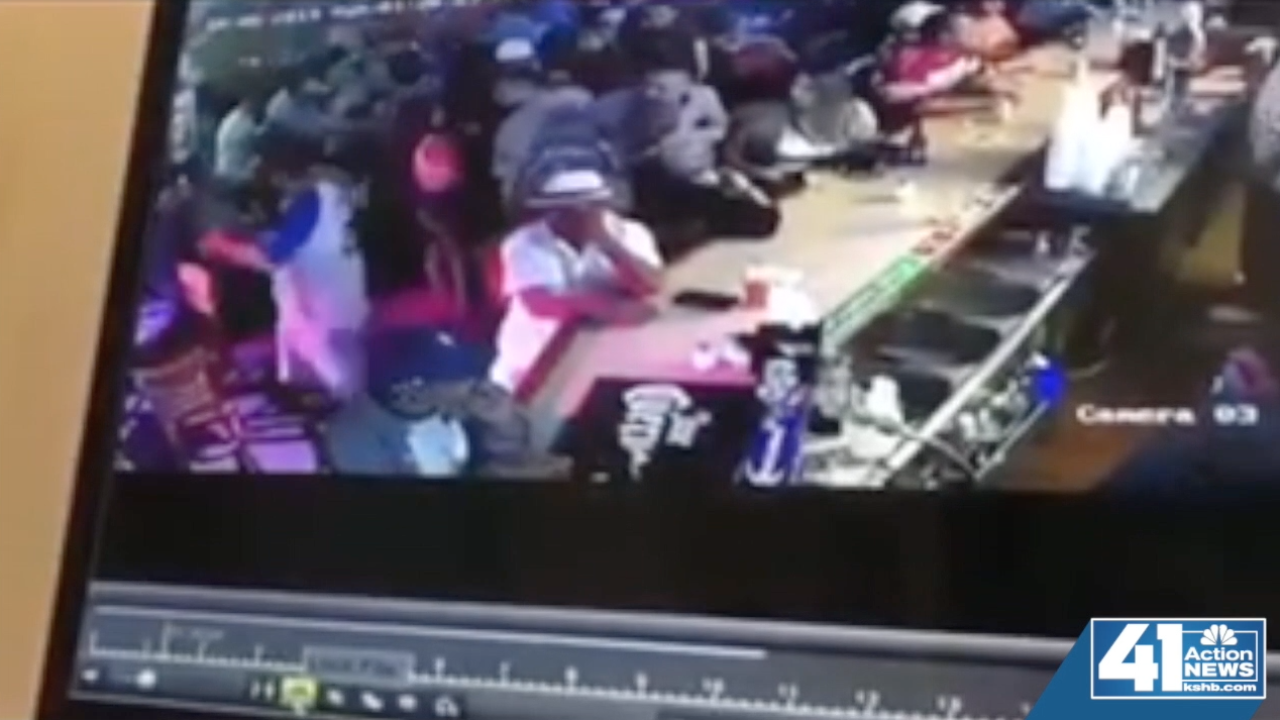 Four people died and nine people were injured in the shooting at Tequila KC.

Two suspects, Javier Alatorre and Hugo Villanueva-Morales, are charged with four counts of first-degree murder each.

Police released photos of the men Sunday morning in an attempt to identify them.

In the video obtained by 41 Action News, men appearing to be dressed in similar clothes are seen entering the bar.

One can clearly be seen pulling what appears to be a handgun from his waistband and firing at the crowd.

41 Action News is not releasing the footage in its entirety due to the graphic nature.

The four victims have been identified as Alfredo Calderon, 29; Ebar Meza-Aguirre, 29; Francisco Anaya-Garcia, 34; and Martin Rodriguez-Gonzalez, 58.

The five people who were injured were last reported to be in stable condition, and at least two of them had been released from the hospital.

Alatorre, 23, was arrested Sunday in Kansas City, Missouri. On Tuesday morning, he signed an extradition waiver in Jackson County, allowing him to be transported to Wyandotte County.

Villanueva-Morales, 29, remained at large on Tuesday.

Police advised anyone who sees him or knows of his whereabouts to call 911 or the TIPS Hotline at 816-474-8477, but not to approach him, as he is considered armed and dangerous.