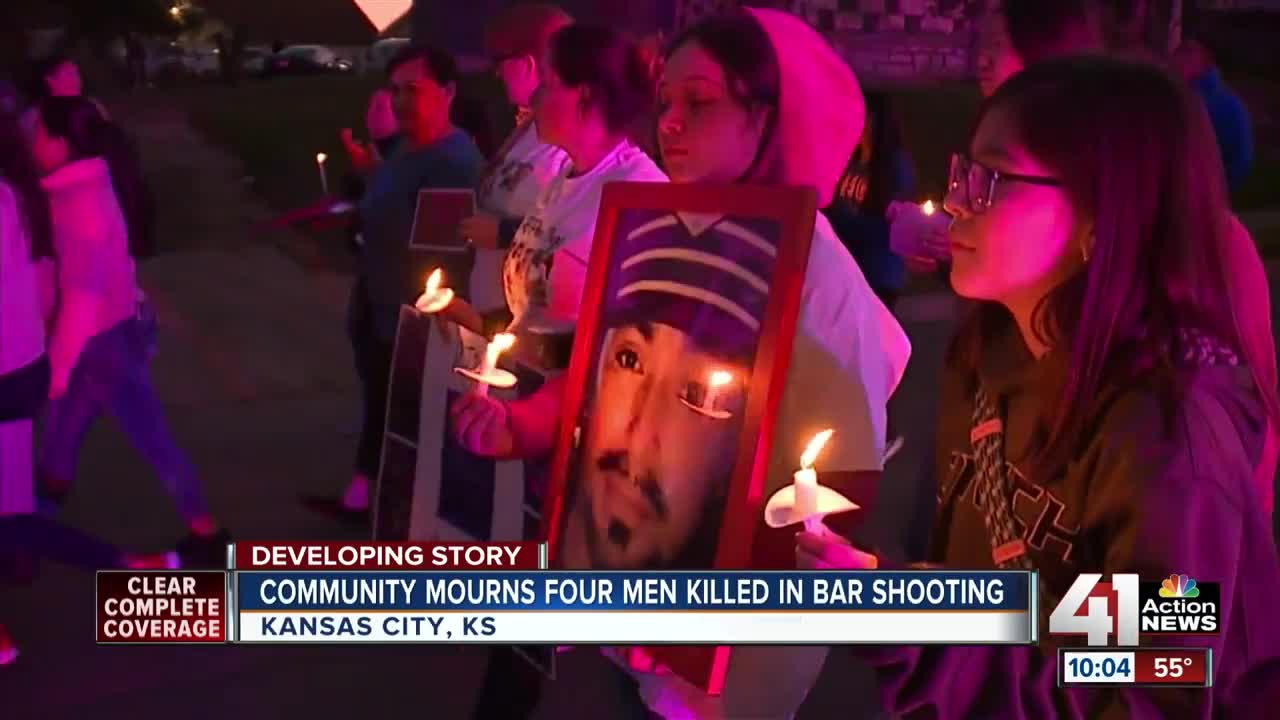 The families of men killed in a shooting at Tequila KC led a crowd of people who walked down Central Avenue Monday night. 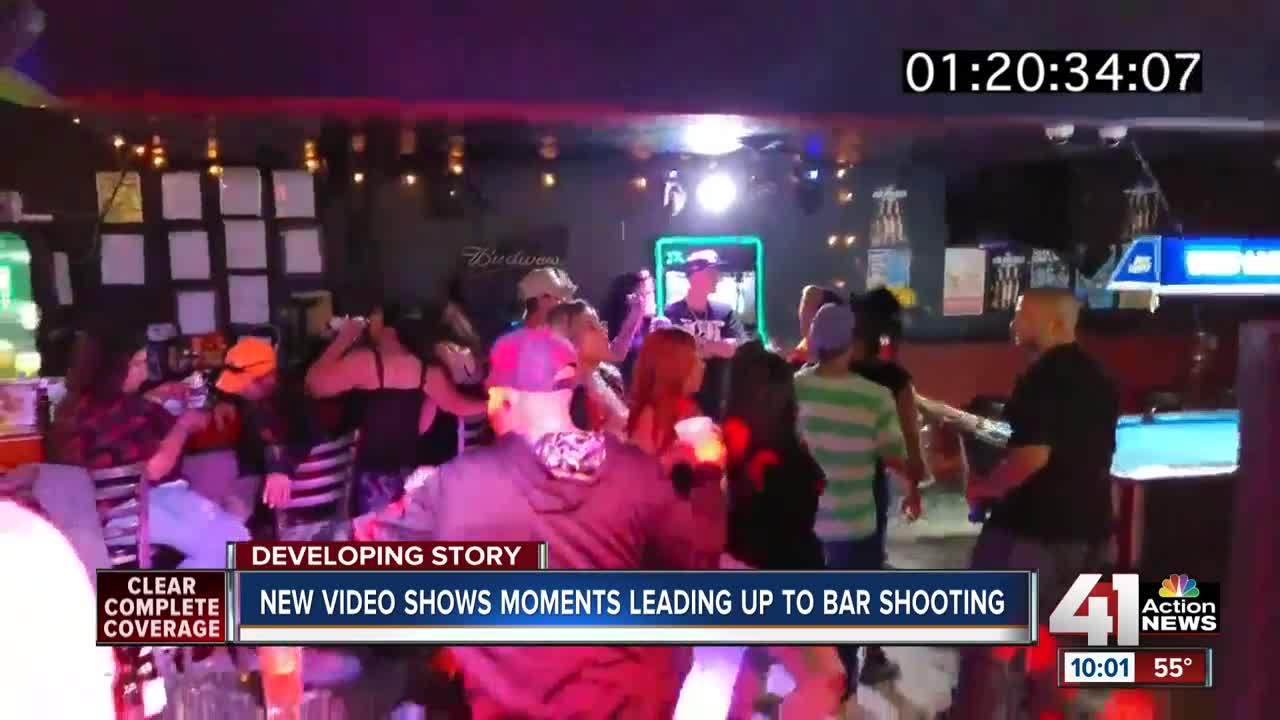 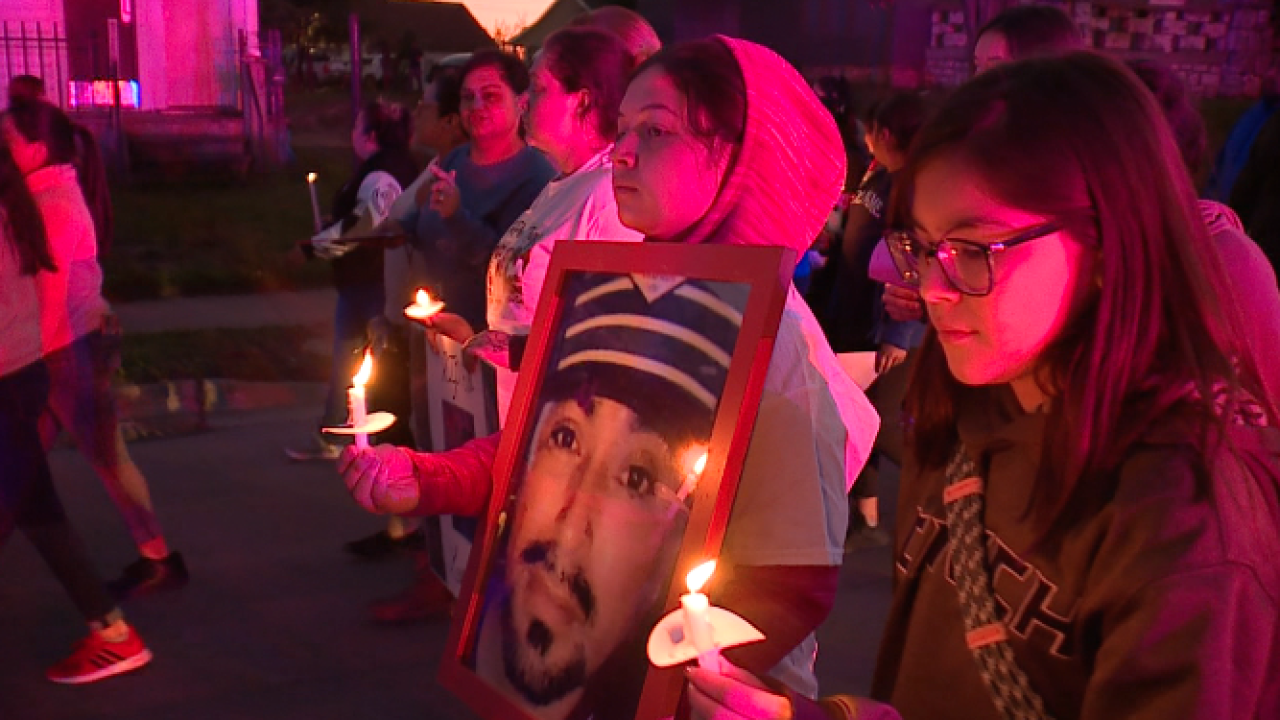 KANSAS CITY, Kan. — Central Avenue fell silent Monday night as car traffic gave way to a crowd marching to remember the victims of a shooting over the weekend at Tequila KC.

"The main thing is to be able to look at people and say we're together, and we're OK, and we're going to survive," Central Avenue Betterment Association Executive Director Edgar Galicia, who organized the walk, said.

Family members of the four murdered men from the shooting, which took place around 1:30 a.m. on Sunday morning, led the march from 13th Street to the bar on 10th Street where their loved ones died and five other people were injured.

They carried candles and pictures of Alfredo Calderon, Everado Meza and Francisco Garcia Anaya, three of the men killed.

Zachery Ontiveros walked alongside his daughter, the mother of Calderon's two children.

"I see this stuff on TV all the time and I pray for (those) people," Ontiveros said, "When I was walking down Central, I could not believe it was one of my own."

The weekend's violence had a ripple effect through a close community centered around Tequila KC.

"These are family, these are friends, and they're people that are going to be missed," Patti Rey, who frequents the bar, said.

Another customer, Tara Scott, added, "We all hang together every day."

Tequila KC is located on a street known for its vibrant Mexican culture and commerce but also marred by past violence. Community leaders have successfully worked to reduce crime in the corridor.

"This is a good neighborhood that is full of good people who work hard every single day of their lives to make life better for themselves, their family and the community," Unified Government Commissioner Brian McKiernan told the crowd gathered outside the bar.

"We just told them their daddy is an angel watching over them right now, and hopefully everything will go well from that," Ontiveros said.