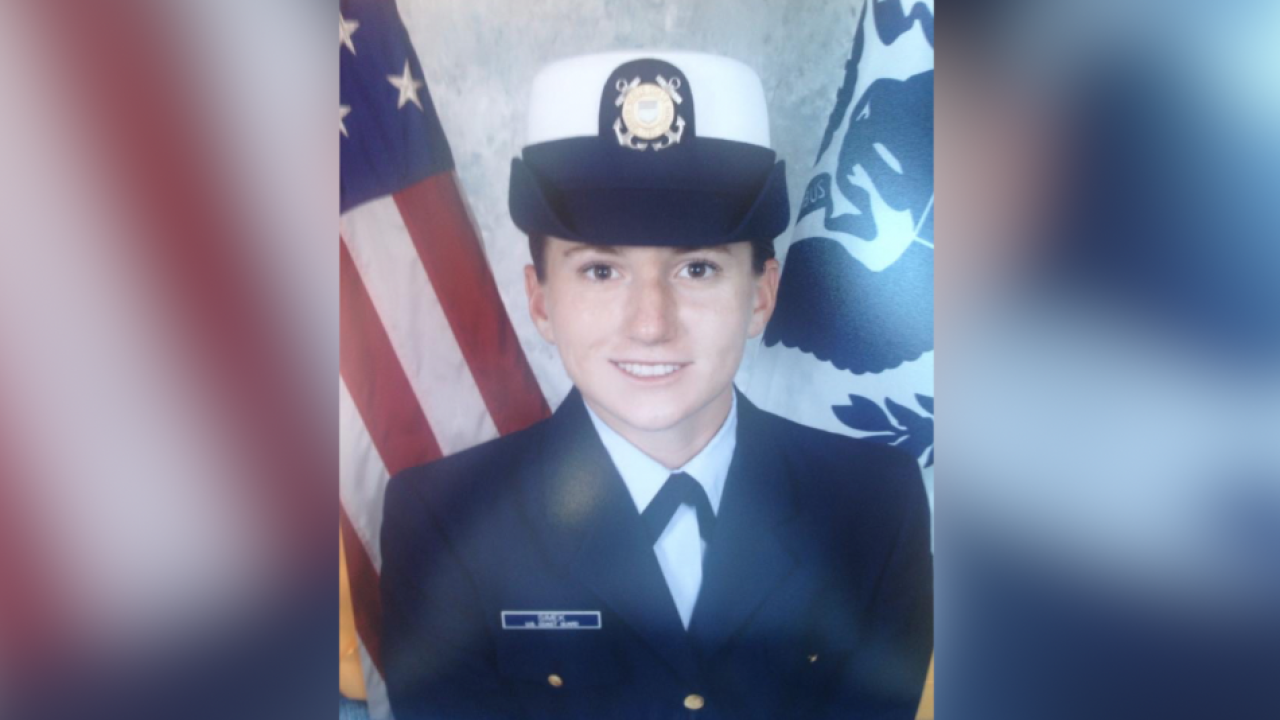 Simek is recovering after being shot four times by a Jackson County Sheriff&#39;s Deputy. 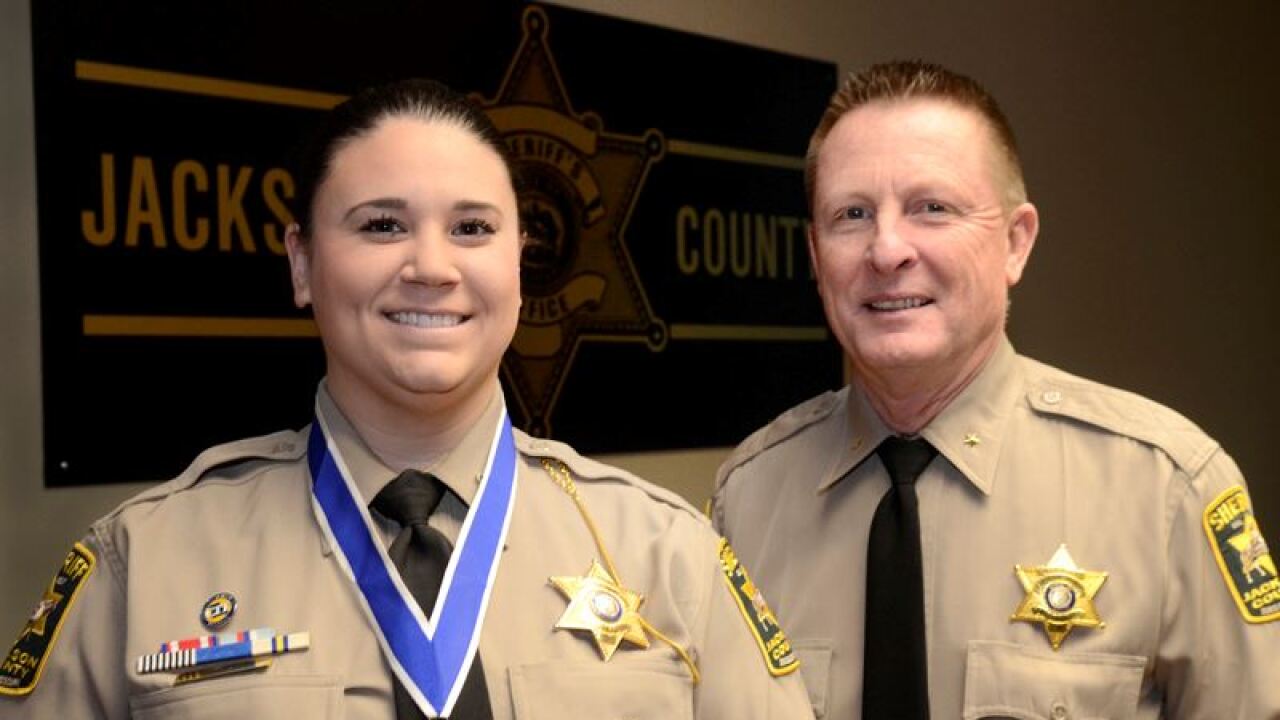 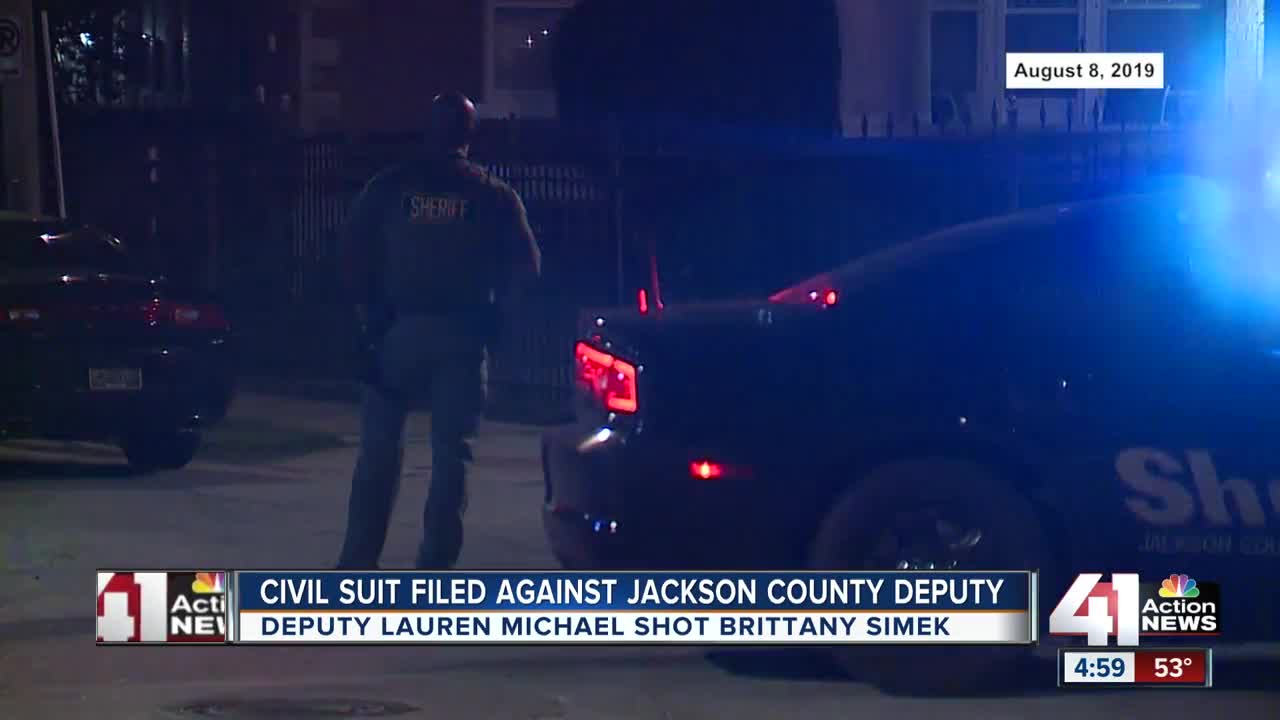 KANSAS CITY, Mo. — The woman who was shot in the back several times in August 2019 by a Jackson County sheriff’s deputy will seek punitive damages in civil court.

Attorneys for Brittany Simek filed a lawsuit Friday against Jackson County Sheriff’s Deputy Lauren Michael for the injuries she suffered in Jackson County Circuit Court based on an “intentional, reckless and irresponsible assault, tasering and shooting.”

“What we want to see happen is that she gets stripped of her commission as a law-enforcement officer, she is continued to be prosecuted, she goes to prison like anyone else would do in this type of situation where you shoot someone in the back...," Simek's attorney, Mike Yonke, told 41 Action News. "And that will send that message, you don’t just shoot someone just because you’re a law enforcement officer, you have to follow the law, too.”

Michael, 29, shot Simek, 26, in the back and buttocks four times during an encounter Aug. 8, 2019. The deputy has been charged with felony assault and armed criminal action in connection with the incident, in which she initially lied to investigators about the circumstances of the shooting.

Now, her attorneys argue that Simek should be compensated for ongoing medical bills as well as “conscious pain and suffering, emotional distress, anxiety, depression, post-traumatic stress disorder, loss of enjoyment of life and fear of her life,” according to the lawsuit.

Additionally, the lawsuit paints Michael as a loose cannon with a history of crossing the line, including two other lawsuits related to her conduct as a deputy.

Michael shot and killed Donald Sneed outside a Raytown Walmart in May 2017 and she also was accused of harassing and unnecessarily tasering another man outside a Walmart in February 2019. She’s being sued for both of those incidents as well.

According to Simek’s lawsuit, Michael was emboldened by not receiving punishment — and, in fact, receiving a commendation for shooting Sneed — leading to her “outrageous, intentional, willful, wanton and reckless” conduct in August 2019.

According to the lawsuit, Jackson County Sheriff’s Deputy Dustin Love attempted to stop the scooter for traffic violations.

The lawsuit alleges that Love “negligently, recklessly and without cause or warning and utilizing excessive force” whipped his patrol cruiser in the path of the scooter, ejecting Simek and her friend.

The driver, and Simek’s friend, was arrested at the scene, but a panicked Simek fled on foot, according to her attorney.

Roughly a half-hour later, Michael encountered Simek near 41st and Oak streets, where she had sat down on some stairs to drink a Gatorade she’d purchased while walking home.

Michael initially said Simek disarmed her of her taser during a struggle before opening fire, but a subsequent investigation by the Kansas City, Missouri, Police Department determined that Michael lied.

Dash cam video showed Michael grab Simek by the hair to force her to the ground. About one minute later, Simek can be seen twitching as if she’s been shot with a taser.

Simek’s attorneys said Michael tased her twice before their terrified client got to her feet and tried to flee, “afraid for her life,” according to the lawsuit.

The fifth bullet missed and struck a vehicle parked on the street.

Simek’s attorneys argue that Michael “used more force than was reasonably necessary to question and/or detain Plaintiff and, thus, used an unreasonable application of force,” according to the lawsuit.

Michael was charged two months later with felony assault and armed criminal action in connection with the shooting.

Michael previously shot and killed 31-year-old Donald Sneed, who was suspected of shoplifting, during a scuffle at a Raytown Walmart, where she was working off-duty.

The Jackson County Sheriff’s Office awarded Michael a Medal of Valor, claiming she recognized him as a wanted felon and from a police pursuit in a stolen vehicle a few days earlier.

Sneed’s mother asked authorities to reexamine his death and Michael was charged in connection with shooting Simek.

Michael also was sued by Lorenzo Bailey, who claims she shoved him in the back multiples times after asking him to leave a Walmart in early 2019. Bailey’s lawsuit alleges she later tasered him without provocation in the parking lot.