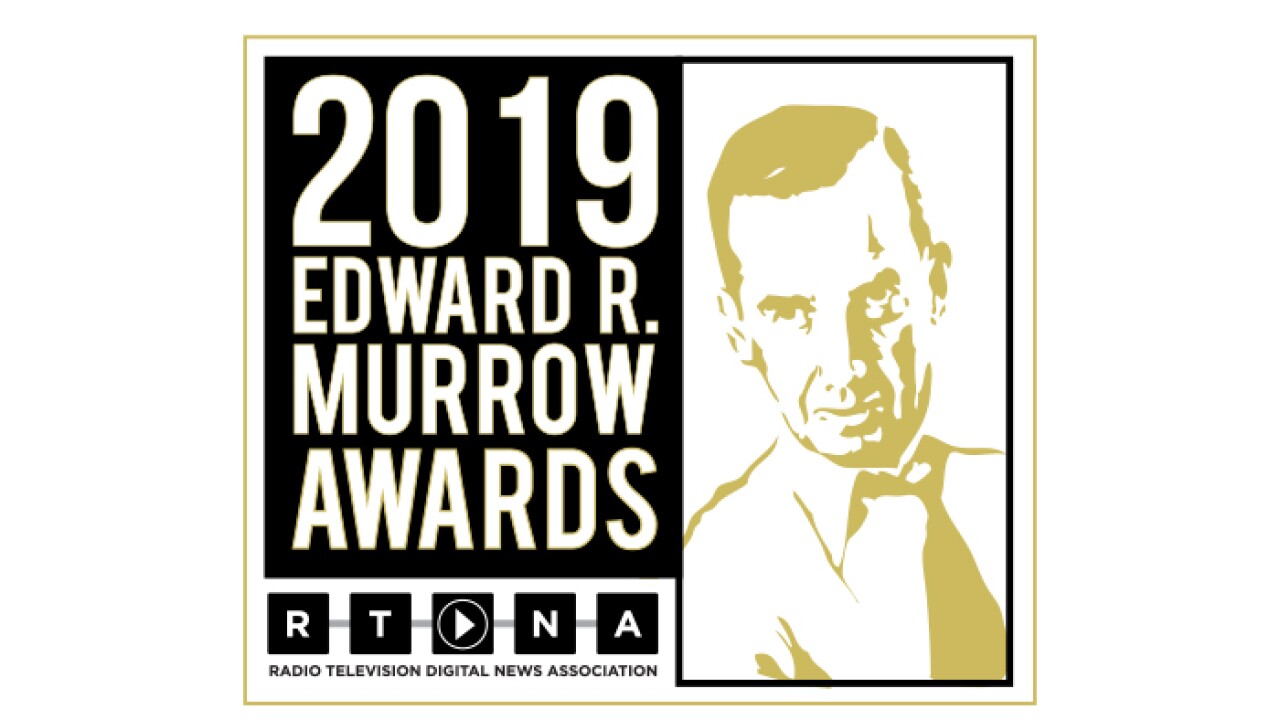 41 Action News Investigator Jessica McMaster’s coverage of backroom meetings and taxpayer-funded vacations on the Independence, Missouri City Council won for investigative reporting. The series, first reported in September 2018, revealed questionable travel policies among those on the council that eventually led the council to change its policy.

“KSHB is committed to excellence in journalism as well as service to our community,” KSHB/KMCI-TV General Manager Steve Watt said in a release Tuesday. “We are honored that our work is being recognized in such a prestigious way.”

“We continue to put resources towards investigative journalism and know it is one of the most important aspects of our job,” Carrie Hofmann, news director, KSHB-TV, said Tuesday. “Jessica McMaster is making sure city leaders know there is someone checking on how elected leaders spend taxpayer money.”

The station also won for News Documentary with a special report on the 1968 Race Riots in Kansas City. The report, which featured anchor/reporter Dia Wall, was a partnership with local public television station KCPT-TV, and brought together civic leaders from the 1960s and today to explore the long-term impact of the riots in Kansas City.

“Our special on the Kansas City race riots was an idea from our weekend anchor, Dia Wall,” Hofmann said. “This special opened up a great conversation about what has changed in race relations in Kansas City and more importantly, what has not. I am thrilled this special is being recognized.”

All three stories are eligible for a national Edward R. Murrow award. National winners will be announced Oct. 14, 2019, in New York.