Hyperloop test pod to be at World Series of Barbecue 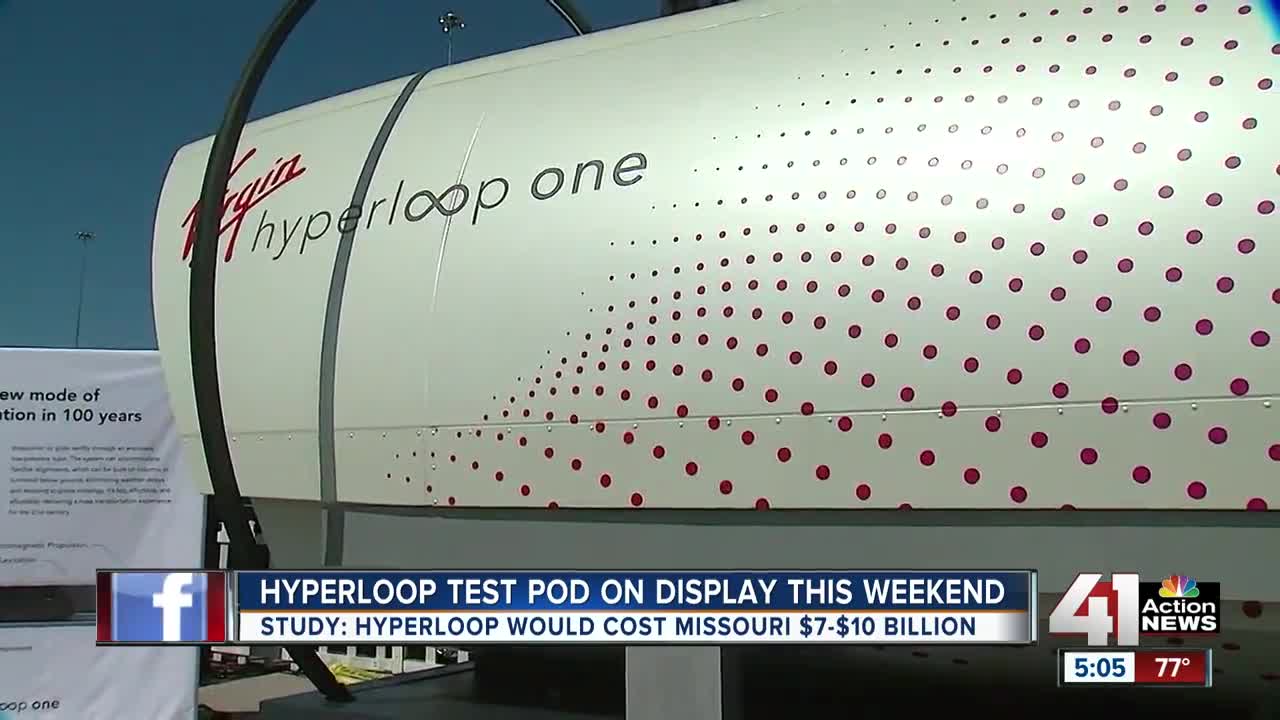 A Virgin Hyperloop One test pod will be at the American Royal World Series of Barbecue at the Kansas Speedway on Saturday. 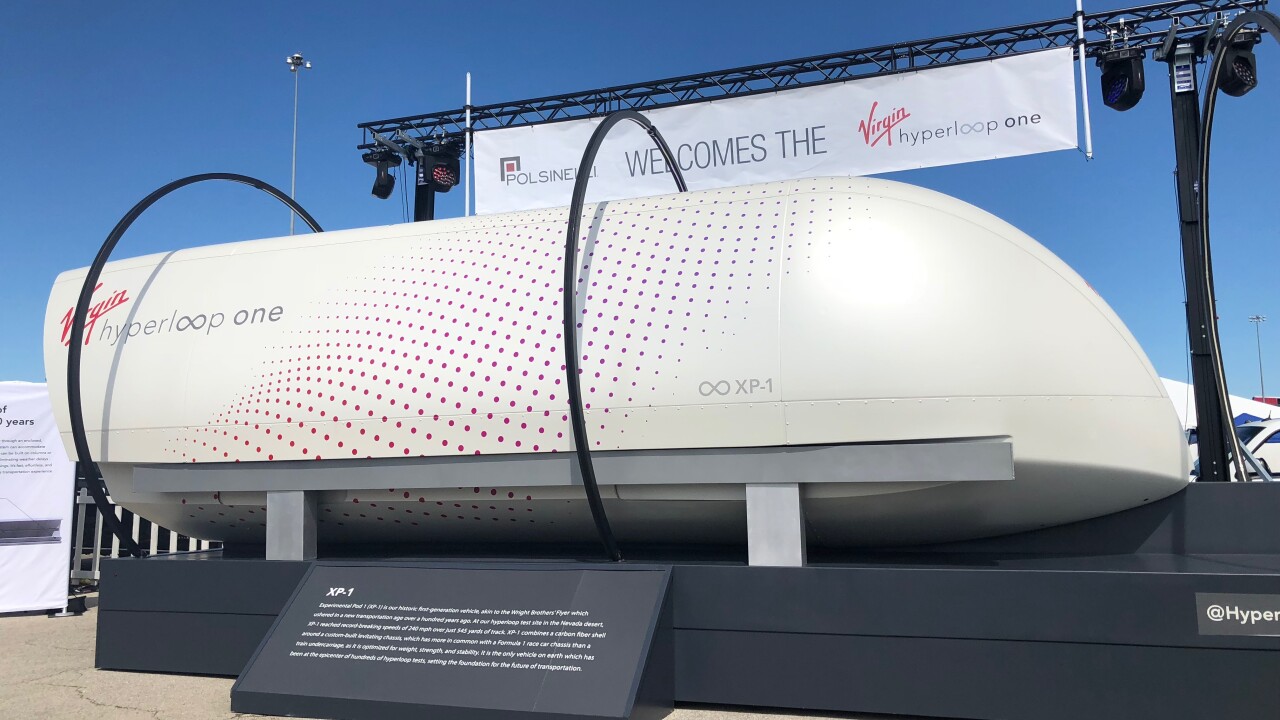 KANSAS CITY, Mo. — If the idea of getting from Kansas City to St. Louis in a half-hour seems like science fiction, you can see the real Virgin Hyperloop One test pod at the Kansas Speedway on Saturday with a ticket to the American Royal World Series of Barbecue.

Virgin Hyperloop One is sending its test pod on a tour of cities across the country, and Kansas City is among the stops.

Company officials say the test pod is smaller than an actual pod for passengers would be. Those passenger pods would likely carry about 28 people, with rows of two seats on either side of an aisle, much like a small plane.

"You will be holding a cup of coffee at 600 miles per hour, and I don't think you'll spill a drop," Virgin Hyperloop One CEO Jay Walder said.

The company is considering a proposed Hyperloop route in Missouri that would connect Kansas City to St. Louis along the Interstate 70 corridor.

A state panel of lawmakers and private sector leaders has been looking at ways the project could be funded and whether the project is a good fit for the state. The panel, led by Lt. Gov. Mike Kehoe, is expected to submit its findings to Missouri House Speaker Elijah Haahr in September.

Walder would not give specifics when asked if Missouri was a top contender for a Hyperloop route or if the company had a deadline to choose the first route in the United States.

"We have a very, very active dialogue in Missouri right now," Walder said. "There's a lot of great work going on here, and I think the Blue Ribbon Panel the speaker is doing is really exciting as well. We're waiting to see the results of that."

Virgin Hyperloop One said Missouri's feasibility study was the first one completed in the U.S. That study estimated the project would cost between $7 billion and $10 billion. Ryan Weber, president of the KC Tech Council and a member of the state panel, does not believe taxpayers would be expected to foot the bill.

"I don't think there is an appetite for that right now, I really don't," Weber said, adding that the project would likely be a public-private partnership. "There are a lot of other ways the state can participate to be part of that partnership without significant taxpayer effort."

In 2018, Lindsay Shively traveled to the test site outside of Las Vegas to see the Hyperloop firsthand.

Company officials have said that Missouri’s route has a strong possibility of becoming a reality for several reasons, including the straight path between two large cities and an academic center along the route, including the University of Missouri in Columbia.