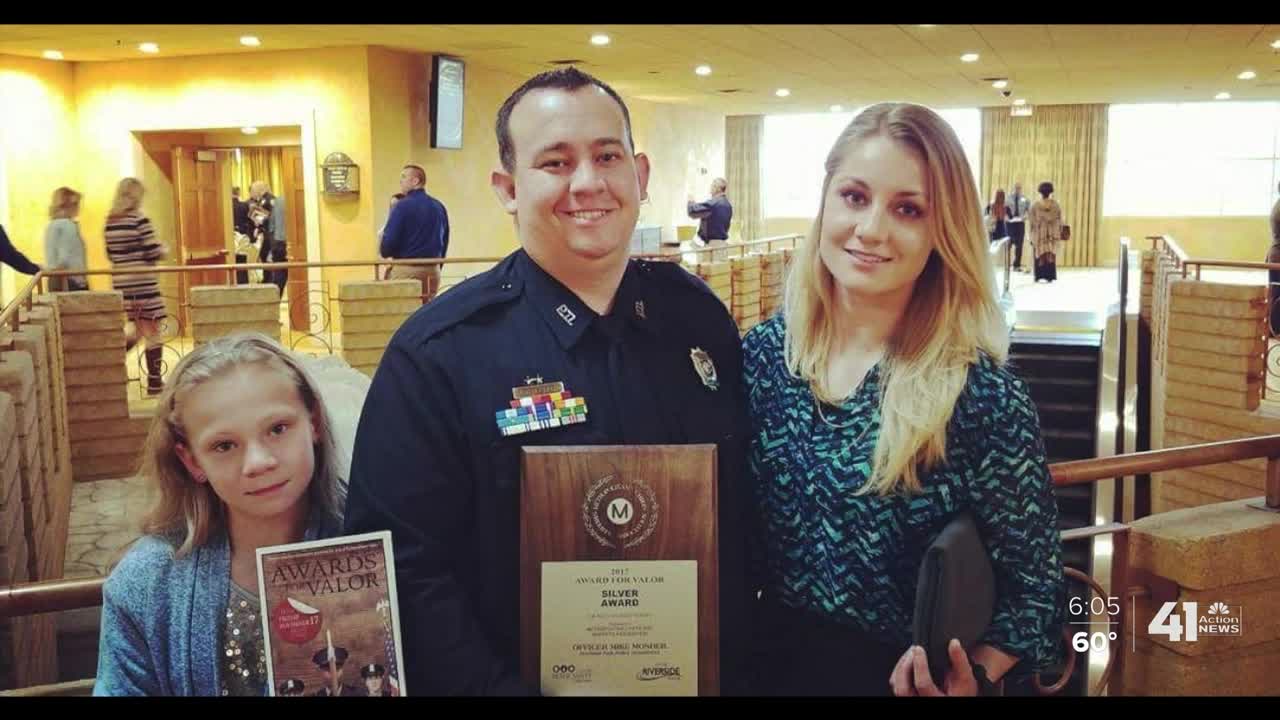 A fallen Overland Park police officer was on the front lines of a different kind of battle before his death. Mike Mosher, who died Sunday after a gunfire exchange with a hit-and-run suspect, spoke out against recently announced furloughs for city employees. 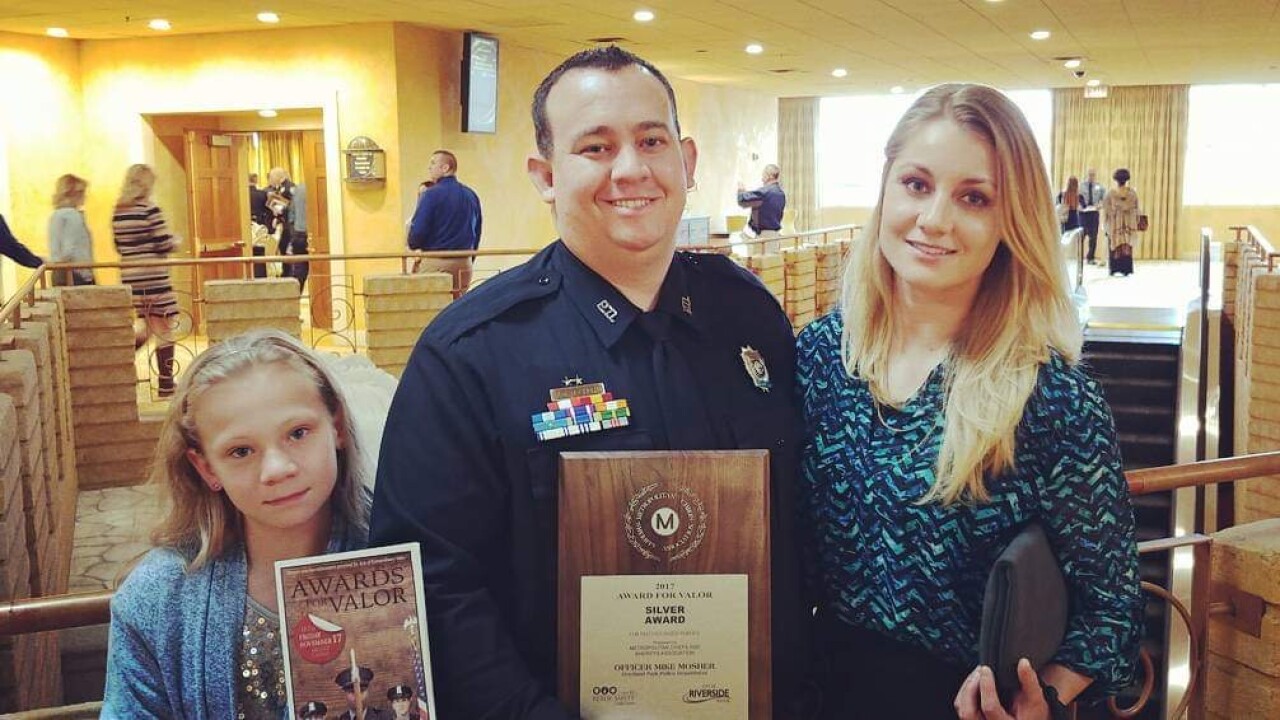 OVERLAND PARK, Kan. — A fallen Overland Park police officer was on the front lines of a different kind of battle before his death.

Mike Mosher, who died Sunday after a gunfire exchange with a hit-and-run suspect, spoke out against recently announced furloughs for city employees.

Mosher, also president of the Overland Park Fraternal Order of Police, sent an email in late March, calling on the city to dip into its reserve fund to pay the 2 percent to 3.25 percent raises police officers were expecting.

Mosher wrote at a time when it was unclear if his job might be on the line for speaking out, "Any increase in pay would reflect a fraction of those reserves.”

"Mike was the one who was always going to do the right thing, regardless of the consequences," Corinne Mosher, Mike's wife, said.

But Mosher didn't stop there. On April 3, he sent a similar email. This time, he represented police and firefighters unions.

He noted those first responders don't have the option of staying home during the pandemic, writing, "We are the men and women on the front lines protecting this city and its residents.”

"It wasn't asking for anything extra,” Scott Mosher, Mike’s father, said. “It was asking for something that was part of the promise that was promised to them.”

A move by Councilmen Faris Farassati and Scott Hamblin to put the furloughs and pay freezes on the council agenda for discussion was defeated.

"In the sense that of being out and dealing with hazardous situations, that is really no different, it may be a little more extreme," Lyons said on April 7.

Mosher immediately fired back in an email to council members with pictures showing several police officers wearing masks to protect against the virus.

Commenting on Lyons’ remarks to 41 Action News, Mosher wrote, "I found this an interesting quote as Councilman Lyons doesn't seem to be a subject matter expert in viruses. He is also not going into homes where people have the virus and risking his safety and well being. It was a disrespectful comment to make.”

Mosher also wrote in that April 7 email to council members, "If a proper discussion is had and the results are to still withhold pay, then my members understand and can accept that. However, a vote to not even discuss the issue is a slap in the face to my members who are risking their health and safety and the safety of our families to continue to serve."

Despite Mosher's email, council members voted down the effort to put hazard pay on the council agenda.

The hazard pay proposal has been sent to a council committee for a review in June.

Mike's mother, Shellee Mosher, said her son has a long history of leadership and standing up for what he believes, dating back to childhood.

"That was Mike,” she said. “I mean, in like the fifth grade he staged a protest because they couldn't have glue in their desks.”

Shellee said Mike won that protest and another one when he convinced football teammates to walk off the field because the coach wouldn't give everyone a chance to play.

More recently, his father said that after Mike was elected FOP president, he had another goal.

"His goal was to make that an entity that would serve the public,” Scott said. “He did that.”

Their son has always been a leader, according to Shellee

"If he decided it was a good cause and it was the right thing to do, he would do it," she said.