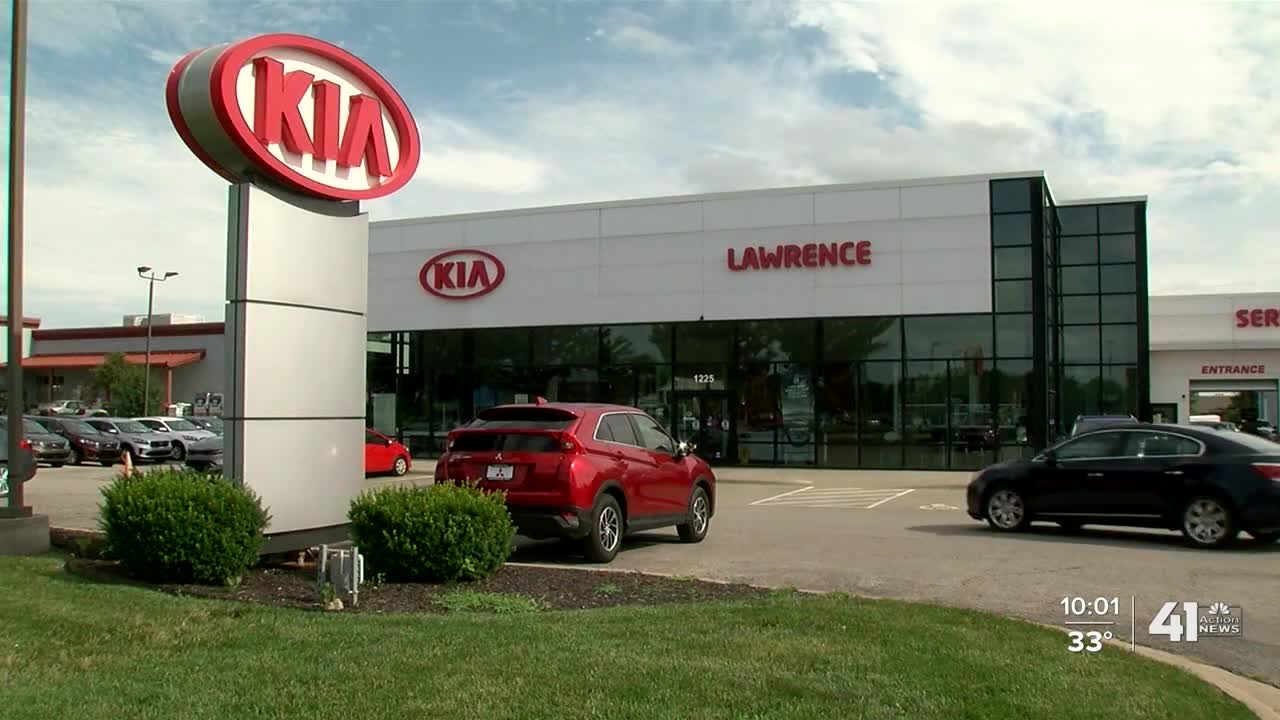 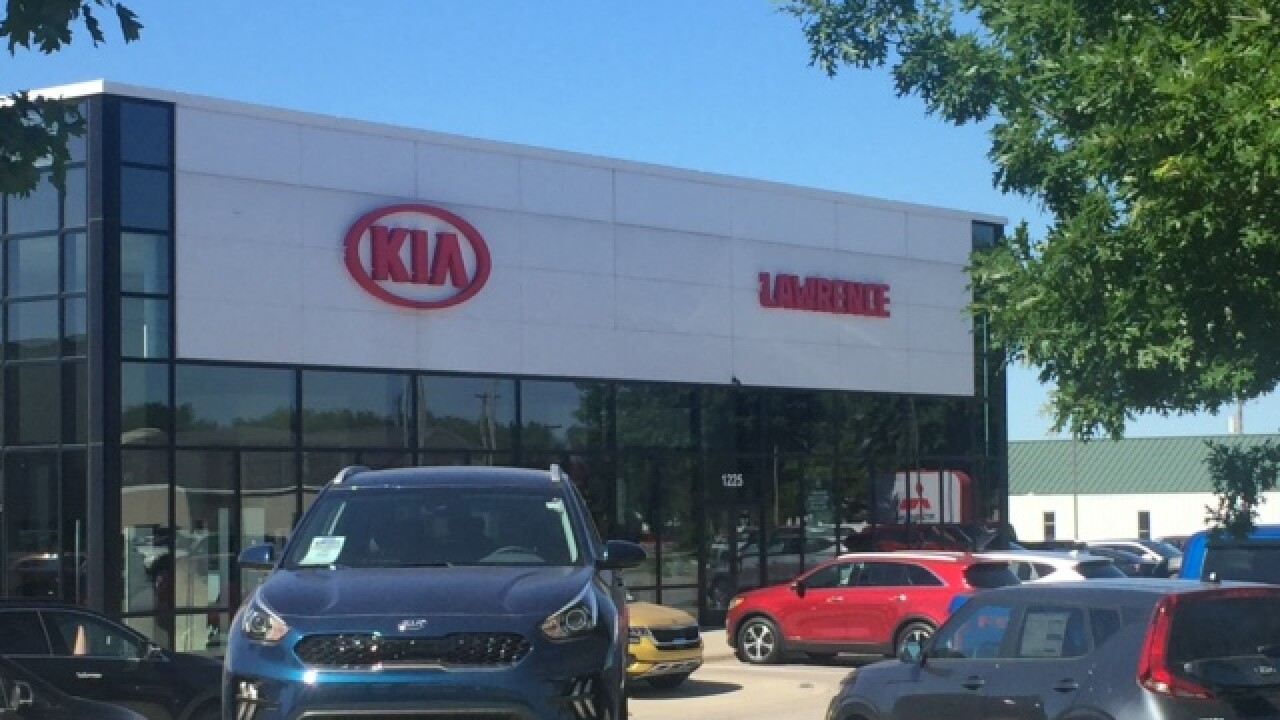 LAWRENCE, Kan. — The FBI is investigating a Kansas City metro car dealership following a series of I-Team reports that documented customer complaints against the dealership.

Former Lawrence Kia employee Mark Kavanaugh confirmed to 41 Action News that he has had multiple contacts with an FBI agent. Kavanaugh first told the I-Team in the spring that he found hundreds of deals with the customers’ incomes inflated on the car loan application every time.

The investigation, according to retired FBI agent Michael Tabman, is "right up the FBI's alley."

"There is going to be a multitude of evidence," Tabman said.

He said that evidence could include documents, customer complaints and even Lawrence Kia employee witnesses.

Karen Olson-Thomas is one of the customers affected by Lawrence Kia's business practices. She was finished with her job as a school assistant when she went to Lawrence Kia in June 2019.

"Technically, I didn't have a job," she said.

However, being unemployed and having six children living at home didn’t prevent Lawrence Kia from selling Olson-Thomas a Ford Focus.

"The whole thing was very awkward to me because here I am a woman who can barely pay my bills, and I walk out of there with a 2017 car," she said.

Olson-Thomas reached out to the I-Team following several previous reports on Lawrence Kia that include numerous complaints and documents showing the dealership inflated customers' incomes on car loan applications.

Cody Cole previously spoke to the I-Team, stating that his loan was set up by an inflated income on his car loan.

Documents or discovery from Lawrence Kia in the case were due last week.

The judge also has ordered the two sides to attempt to settle the case by finding a mediator by next week.

Court documents show attorneys for Lawrence Kia have offered no denial of the claims against the dealership.

Instead, they’re attempting to get the case thrown out because customers signed deals requiring any complaints to be brought to arbitration instead of the courts.

In August, Richelle Popevis told the I-Team her signature was forged on her car loan documents. She claimed the documents were modified without her approval.

“Forgery is forgery," Popevis said in August. "You know that when you’re doing it that you’re committing a crime."

A handwriting expert the I-Team asked to look at the documents agreed that the signatures on the modified documents did not match Popevis’ signature.

“Anytime we hear of a situation where a lender, a supplier, has done something fraudulent that puts the public in danger, we’re always interested in finding out what that is,” Douglas County District Attorney Charles Branson said in June.

As for Olson-Thomas, like other customers who’ve spoken to the I-Team, she claimed documents she provided show her income was inflated on her car loan application.

At the time of her loan, she said her only source of income was $800 a month of child support. But the documents show an additional $1,688 of monthly income she said she didn’t make.

The documents also show Olson-Thomas made a $1,600 down payment for the car.

Kavanaugh said in March that he feels bad for the customers who were affected.

“I can tell you from being in the car business for 26 years, some of these deals go bad, and they will go bad, the bank is going to be on them,” Kavanaugh said.

Tabman said he believes the U.S. Attorney will take the case to a grand jury.

"There's multiple ways the FBI is going to get their evidence here," he said. "Directly, indirectly, but it is all there. This is not really complicated."

It doesn’t change Karen Olson-Thomas' situation. She might lose her car after missing a payment.

"Now I'm in further debt because of the car and just in more trouble than I was before," Olson-Thomas said.

While Kavanaugh confirmed the Feds are investigating Lawrence Kia, an FBI spokeswoman said she could neither confirm nor deny the existence of a Lawrence Kia investigation.