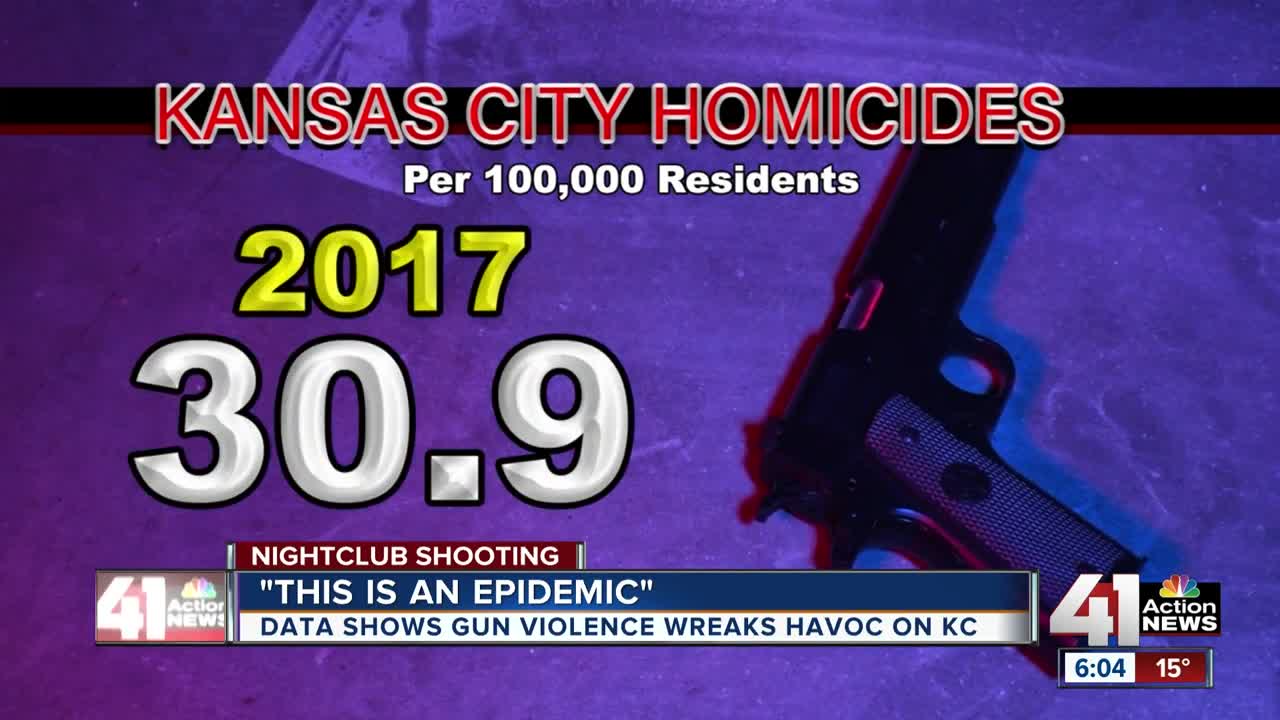 Kansas City, Missouri, consistently ranks as one of the deadliest big cities in America. On Sunday night, a gunman opened fire outside a nightclub following an evening of celebration, killing one woman and wounding 15 others. 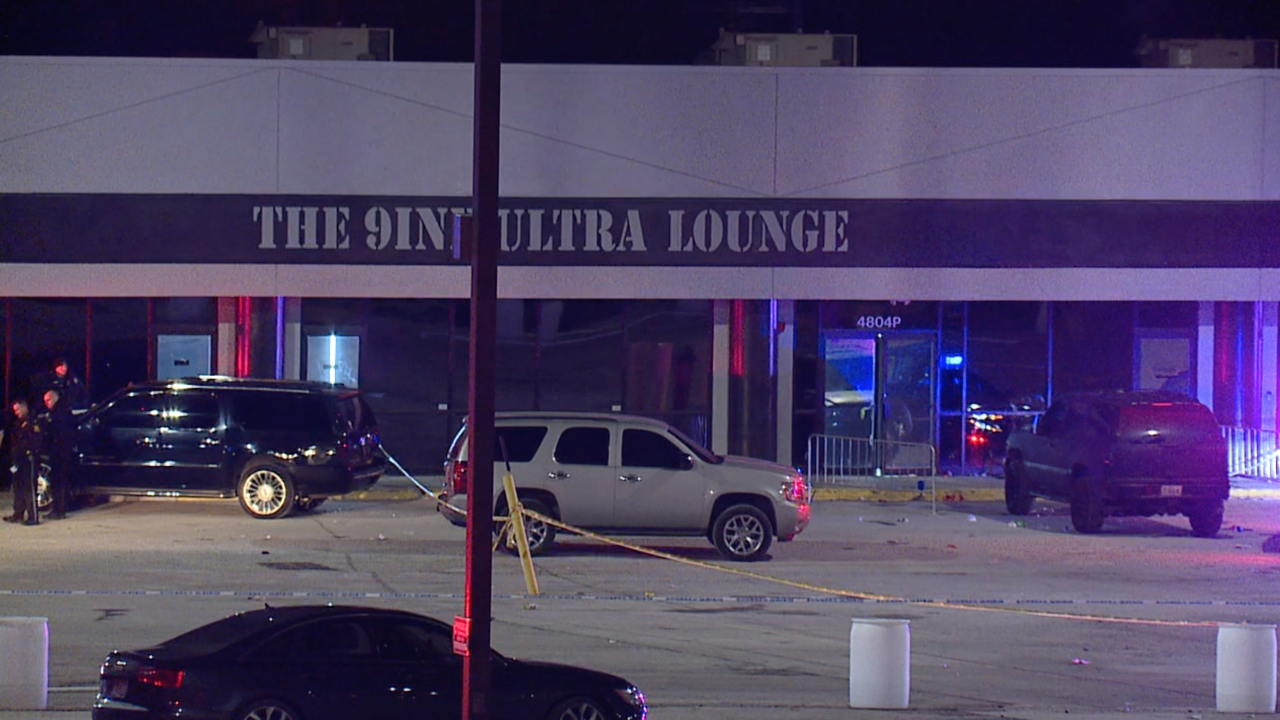 KANSAS CITY, Mo. — Following the end of a particularly violent year in Kansas City, Missouri, the most recent incident of gun violence happened on a night of community celebration after the Chiefs won the AFC title game to secure their spot in the Super Bowl for the first time in 50 years.

But instead of celebrating, some area families are now grieving after a woman was killed, the gunman was shot dead and 15 others were injured outside the 9ine Ultra Lounge nightclub on U.S. 40 and Noland Road.

"It’s an epidemic in this great city, this is an epidemic,” Jackson County Prosecutor Jean Peters Baker said.

Police on Monday identified the shooter as 29-year-old Jahron Swift, of KCMO, and said he was shot and killed by an armed security guard who had been inside the club.

Investigators believe Swift shot and killed Raeven Parks, 25, and injured 15 other people at the nightclub.

According to KCPD Chief Rick Smith, officers had been to the nightclub previously, including for a recent drive-by shooting. Officers were at the club only moments before Sunday night's deadly shooting.

"They had a massive shooting, multiple victims," an emergency dispatcher said over police radio traffic, according to Broadcastify.com.

As the 41 Action News Investigators previously reported, Kansas City ranked as the fifth deadliest big city in America in 2017, with 30.9 homicides per 100,000 residents.

Only St. Louis, Baltimore, Detroit and New Orleans had a higher rate in 2017.

In 2018, Kansas City’s homicide rate per 100,000 residents dropped to 27.8, moving the city down to sixth place behind the previous four cities. Memphis moved into fifth place.

It’s unclear where Kansas City will rank among U.S. cities for 2019, because that data isn't in yet.

Since taking office in August, KCMO Mayor Quinton Lucas has met with other Missouri mayors and Gov. Parson to address the violence issue with new efforts.

"Those have not been fully rolled out, but we will continue to make sure we’re addressing them until we get beyond this problem,” Lucas said on Monday.

The 41 Action News Investigators have also previously reported the rise in homicides has coincided with a steady drop in the number of Kansas City police officers.

But the number of officers is growing again after 29 new officers recently were added to the force.

"I'm not saying that an officer on every street corner is the answer to every issue. Do I feel like we could use some more officers? Yes,” Smith said.

The shooting at the 9ine Ultra Lounge comes only months after another mass shooting at a Kansas City, Kansas, bar in October.

Four people were killed and five others were injured in that shooting.