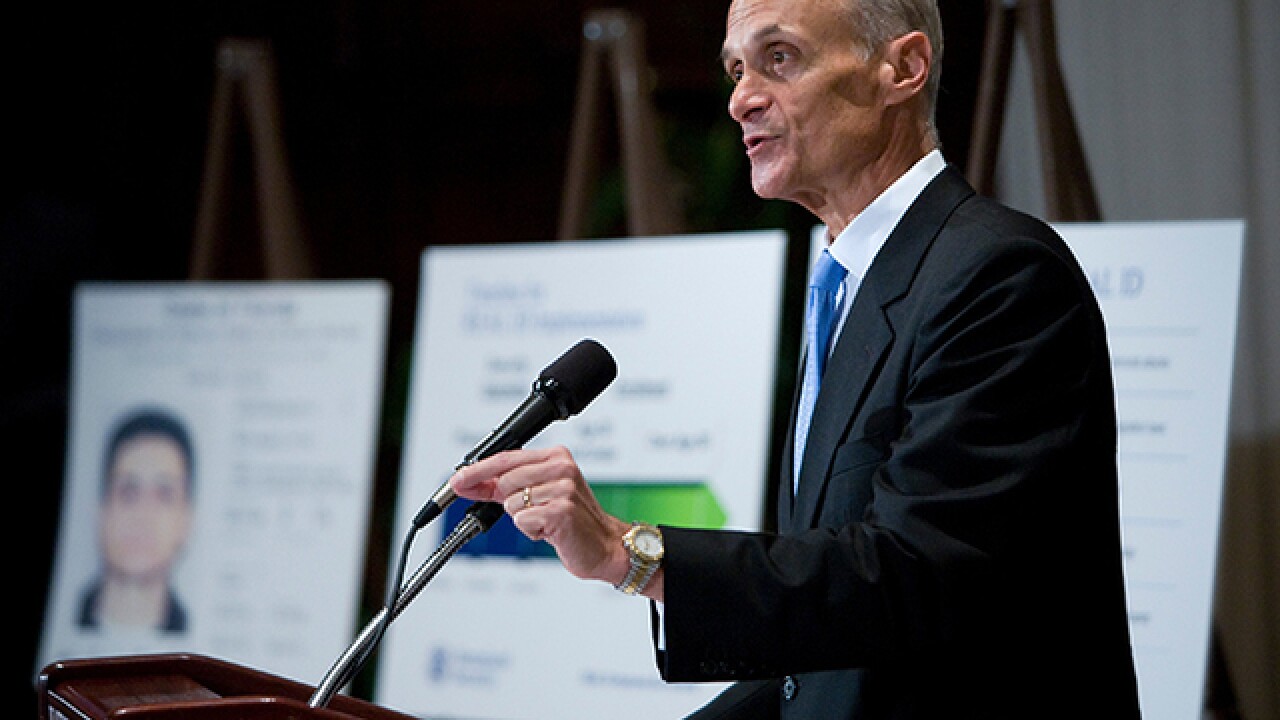 Copyright 2018 Scripps Media, Inc. All rights reserved. This material may not be published, broadcast, rewritten, or redistributed.
Brendan Smialowski
<p>Former Secretary of Homeland Security Michael Chertoff spoke during a news conference at the National Press Club in Washington, D.C., in this 2008 file photo. Chertoff spoke about the department's plans to implement the REAL ID Act which sets up national standards for state IDs.</p>

KANSAS CITY, Mo. — Missouri expects to receive another extension from the U.S. Department of Homeland Security to give the state more time to become compliant with the Real ID Act.

Missouri’s current extension means the state’s non-compliant ID cards, including driver’s licenses, will be accepted by federal agencies at least through the end of the year.

The current extension is set to expire Oct. 10, but Missouri Department of Revenue Director Joel Walters issued a statement Wednesday indicating the state anticipates another extension being granted.

Walters added that he expects Missouri to be compliant with the Real ID Act by March 2019.

Without an extension, a Missouri driver’s license would be insufficient as a form of identification to board an airplane or enter a federal facility after Jan. 21.

Walters doesn’t believe it will come to that:

“Between the grace period that’s now in place and the anticipated extension, Missourians should have no issue using their state-issued driver licenses and ID cards when boarding a domestic flight or for other official purposes after Oct. 10.

Finally, we remain on track to be fully compliant with the REAL ID Act by March 2019.”

Congress passed the Real ID Act in 2005, which came in response to the Sept. 11 terrorist attacks on New York City and Washington D.C. and sets a national standard for state issuance of identification. The law takes full effect Oct. 1, 2020 .

Citing privacy concerns, former Missouri Gov. Jay Nixon signed a bill in 2009 that barred the Show-Me State from complying with the Real ID Act, one of 24 states to take such action.

Last summer, the Missouri legislature reversed course and passed a law to allow the issuance of Real ID cards but also allow citizens to opt out. Those opt-out IDs wouldn’t allow cardholders to board planes among other restrictions.

Kansas became compliant with the Real ID Act in August 2017.

Wondering how to check if your ID is compliant? A Real ID-compliant card has a gold circle with a star cutout in the upper right corner.

Other forms of Kansas-issued picture ID will not be accepted at airports or federal facilities after Oct. 1, 2020.