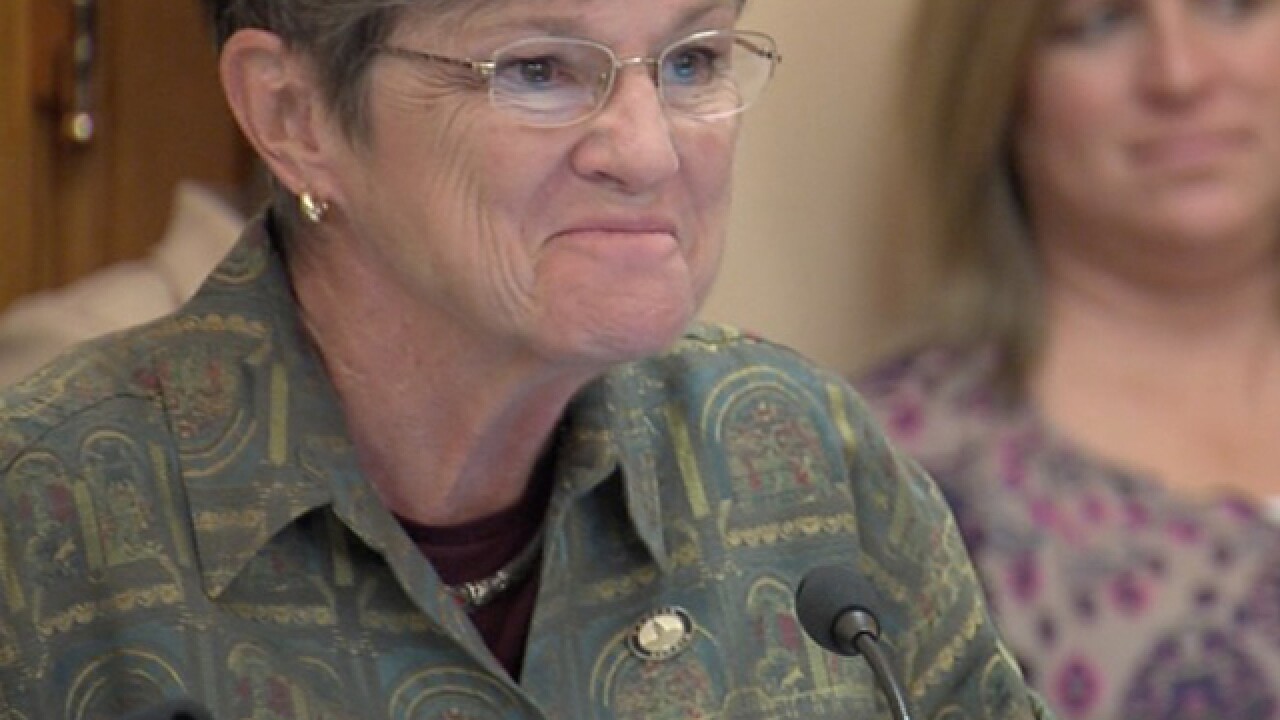 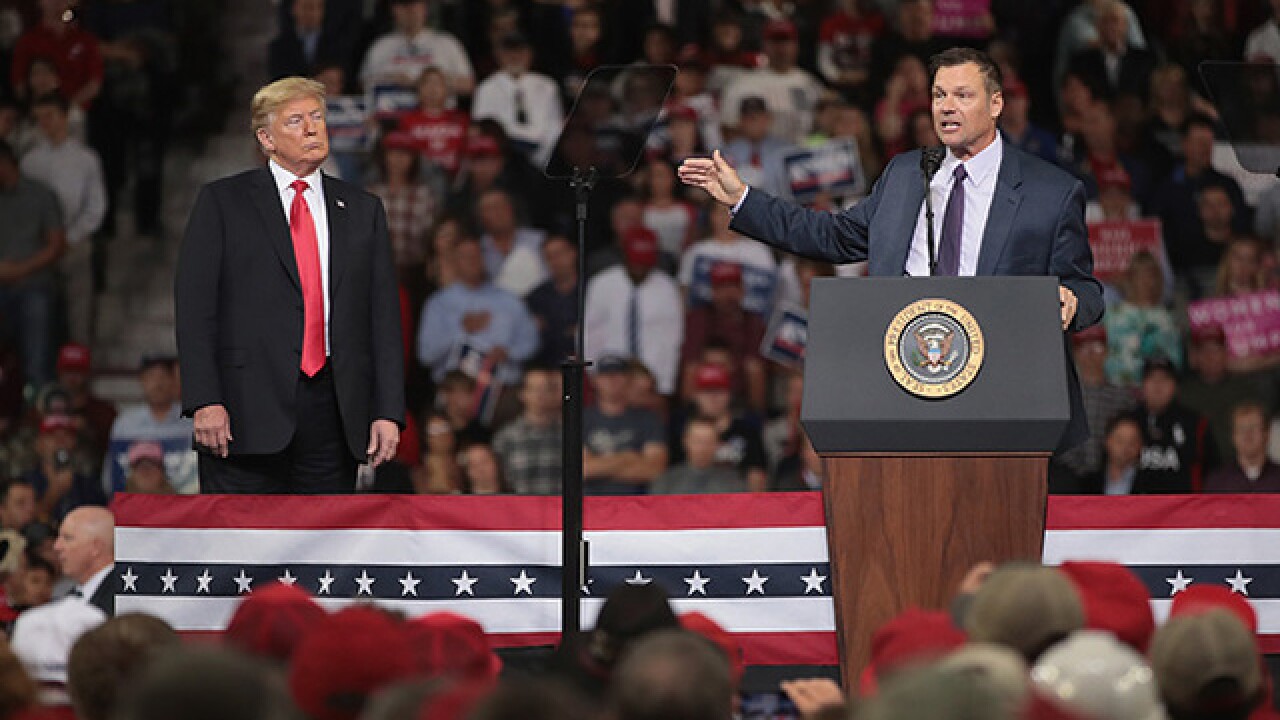 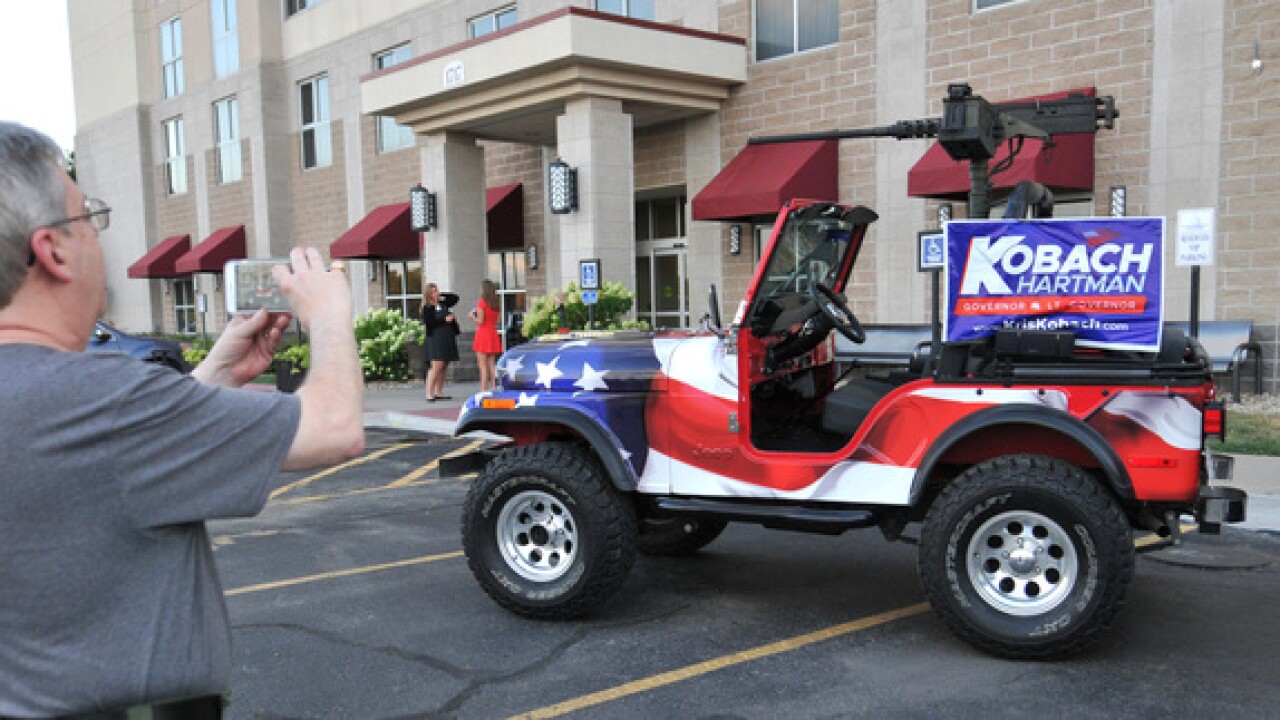 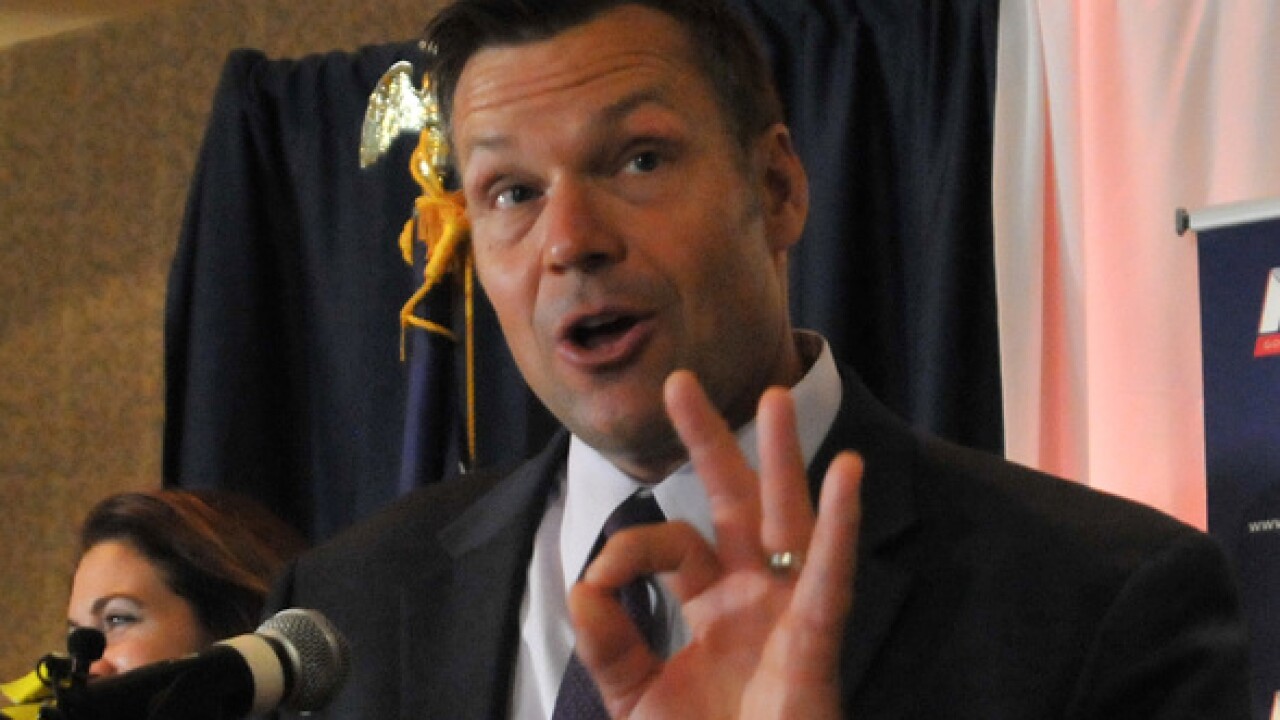 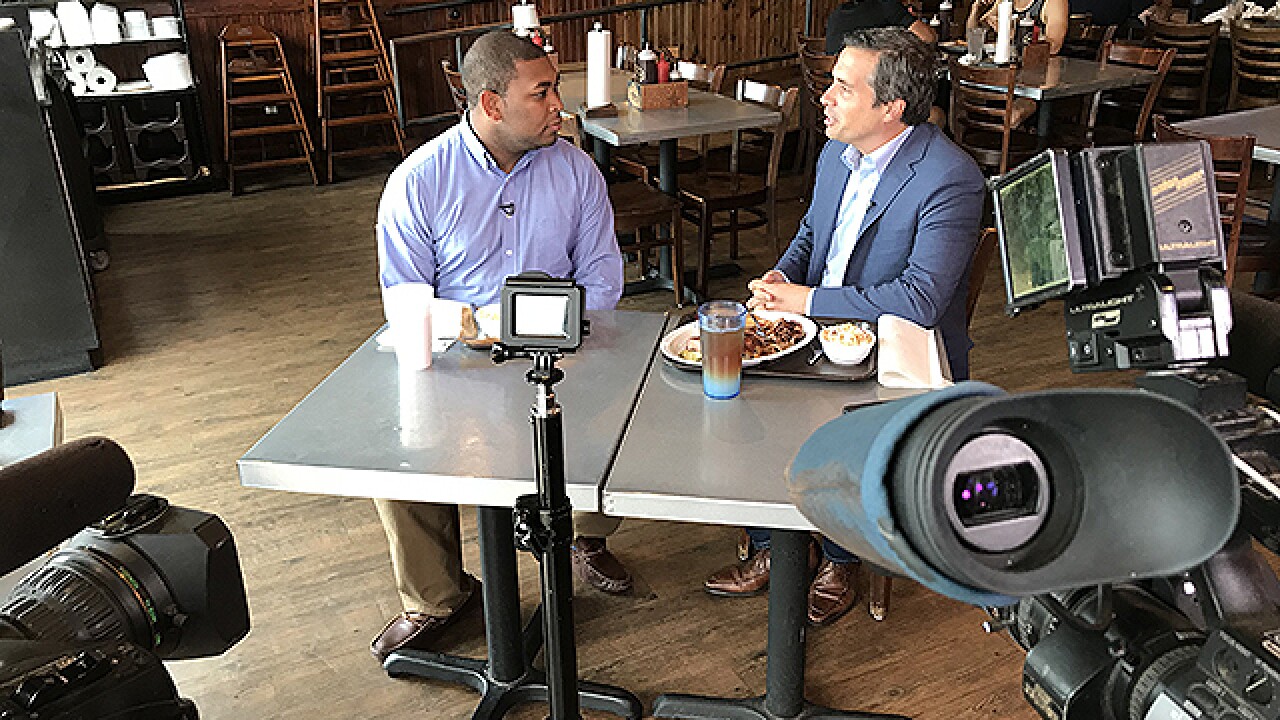 KANSAS CITY, Mo. — Democrat Laura Kelly will be the new governor of Kansas after her campaign focused on bipartisanship and legislative experience prevailed against Kansas Secretary of State Kris Kobach.

Kelly’s victory, which is projected by NBC and CNN, is seen as a repudiation of former Gov. Sam Brownback’s fiscal management and the divisive rhetoric of President Trump.

Kobach, 52, the Republican candidate, embodied both, but Kansas voters on Tuesday chose a new path in one of the most tightly contested and closely watched races in the country.

Even with Independent candidate Greg Orman in the race, which was expected to drain more Democratic votes than Republican votes, Kelly prevailed.

Kelly, 68, the longtime leader of the Kansas Parks and Recreation Association, was elected to the Kansas Senate in 2004 and has served in the legislature for more than 13 years.

As the top-ranking Democrat on the Legislative Budget Committee, Kelly made the issue of school funding central to her campaign.

After cinching the Democratic nomination in August, she pledged to become the “education governor” and promised to invest in early childhood development programs across the state.

She also became a prominent voice in calls for transparency within the Department of Children and Family Services after it was discovered that the agency lost track of more than 70 foster children it was responsible for protecting.

Kelly touted her ability to work across the aisle, a claim that was backed up by an endorsement from former Republican Gov. Bill Graves.

Former Gov. Kathleen Sebelius, also a strong supporter of Kelly’s campaign, and Joan Finney are the only other woman to previously win election to the state’s highest office.

Kobach, a Harvard graduate with a doctorate from Oxford University in England and a law degree from Yale, campaigned as the worthy and rightful successor to Brownback, who resigned earlier this year to take a position in Trump’s administration.

He promised to cut state spending and cut taxes, a hallmark of Brownback’s tenure.

“I am going to cut spending in January,” Kobach said during an interview with 41 Action News last month. “Even though the legislature has given the money, I can direct them to not spend it. That’s the big difference between me and Gov. Brownback. We will cut spending.”

Kobach defeated Colyer, who served as Brownback’s lieutenant governor and replaced him in January, by only 345 votes during the August primary.

It’s widely believed that Trump’s support — he called Kobach “a fantastic guy who loves his State and our Country” on Twitter the day before the primary election — was key in that election.

The state’s deep conservative roots, grounded in gun ownership rights and opposition to abortion, made the general election a bit more comfortable.

Still, Trump and Vice President Mike Pence were regular visitors to the region in support of Kobach’s campaign.

He helped officials in Arizona write legislation that allowed police officers to stop people and demand proof of citizenship, a law that was partially reversed by the U.S. Supreme Court on appeal.

Kobach, who was elected as the Kansas secretary of state in 2010, served as vice chairman of Trump’s Commission on Election Integrity, which was disbanded after failing to find any evidence of the widespread voter fraud Kobach and Trump have consistently alleged.

During the election, Kobach courted controversy — and garnered national attention — by riding in parades in a Jeep with a patriotic color scheme and replica machine gun mounted on the back.

The Jeep, which Kobach vigorously defended on social media, became a fixture on the campaign trail: “Those who want to restrict the right to keep and bear arms are deeply misguided. The only thing that stops a bad guy with a gun is a good guy with a gun.”

Orman, 49, was seen as a potential spoiler. Based on polling, he wasn’t a serious threat to win the election, but he drew enough support to have immense influence on the race.

His campaign was plagued at the end with defections, including the resignation of his campaign treasurer, Tim Owens, on Oct. 30. Owens endorsed Kelly, but Orman was undeterred.

“The most gratifying thing about this race for me is all of you in this room tonight," Orman said during a concession speech at Joe's Kansas City BBQ in Olathe. "All of you who went above and beyond the call of duty to amplify my voice to demonstrate to Kansans that they have another choice to show that there is a better path."

Orman — a Princeton University graduate, successful Johnson County businessman and former U.S. Senate candidate, who ran with state Sen. John Doll — campaigned on the idea of restoring power to the people and promised to be a governor "who will put the people ahead of party bosses and special interests,” but the message didn’t carry enough resonance amid the backdrop of fiery rhetoric that currently dominates U.S. politics.