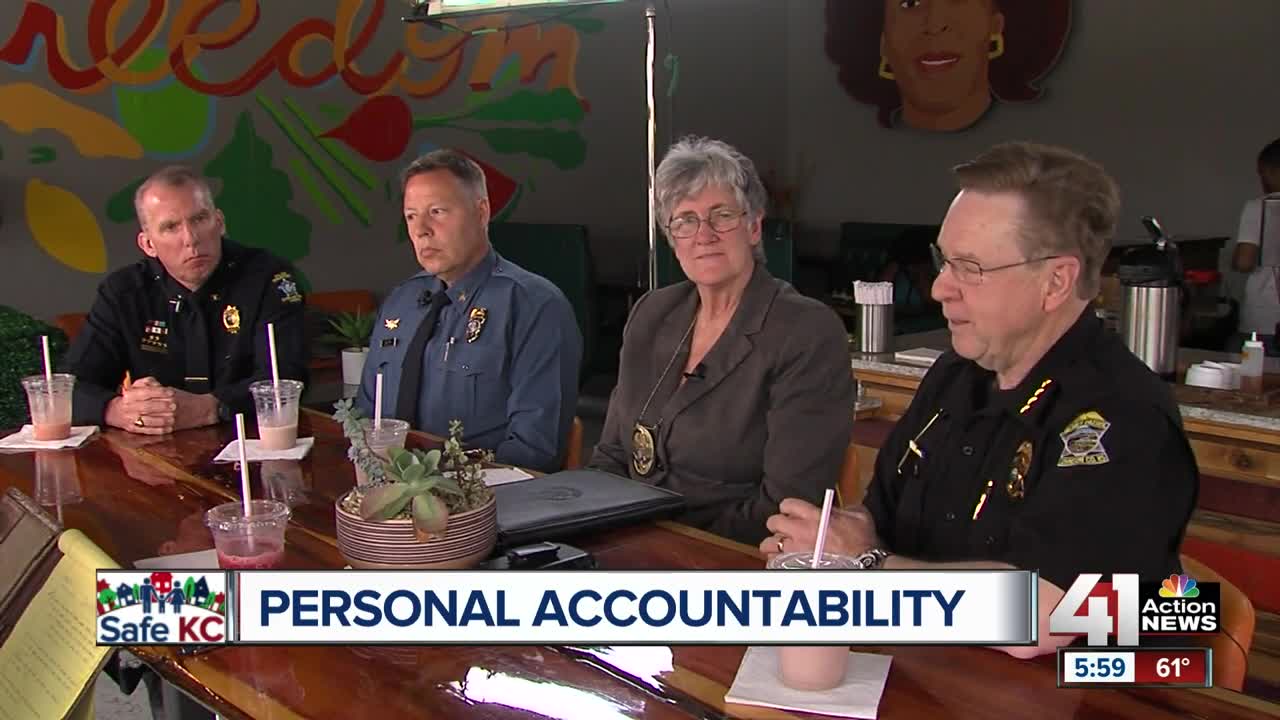 Four area police chiefs sat down with 41 Action News Anchor Kevin Holmes for a candid conversation on crime, hiring, diversity, mental health and more. This is part 3 of a series. 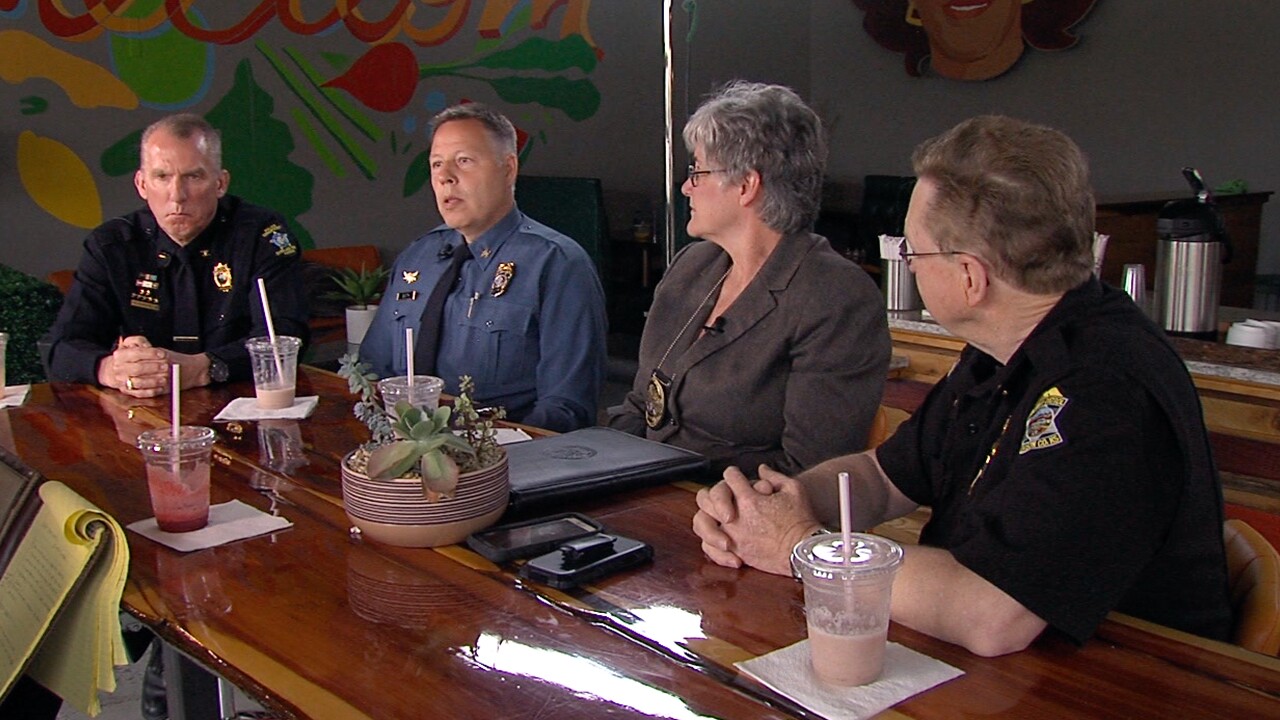 KANSAS CITY, Mo. — Four area police chiefs sat down with me, 41 Action News Anchor Kevin Holmes, for a candid conversation on crime, hiring, diversity, mental health and so much more.

We met at Ruby Jean's Juicery, a juice bar and restaurant focused on healthy eating that is very much a part of the health movement on Troost Avenue.

This is part 3 of a Q&A series with law enforcement leaders. Read part 1 here and part 2 here.

I caught up with the top cops on a busy Monday morning.

Here's what they had to say about safety, crime and community:

“When a neighborhood cares about the perception, it’s going to have a direct impact on crime happening in that area,” Raymore Police Chief Jan Zimmerman said.

Ruby Jeans' was recently robbed. The crooks smashed a window and took off with cash. Restaurant owner Chris Goode had a question for the chiefs and sheriff: “How much does the vitality and success of small business in corridors such as this play a hand in what you do day-in and day-out to bring safety to our area?”

“It’s incumbent upon us to grow our cities and build those areas,” Overland Park Police Chief Frank Donchez said.

All four chiefs tell me one thing that’s changed dramatically since they started their careers is the sense of community — or lack thereof.

“Back when I was a kid, I remember the neighbor brought me home to my house if I was doing something wrong. I was more scared of them than I was my parents," Smith said.

“What we have to do is make sure we have positive citizen contacts. The officer that comes by here should be here regularly and stop by in this business and make sure there is a partnership going on,” Hayden said.

The chiefs and sheriff told me when that partnership is at its best, everyone sleeps better at night.

“When I was here at Central Patrol, Ivanhoe, they did exactly what Chief Smith said, and they took control,” Zimmerman said.

“I use an example of a neighborhood in Kansas City who had a lot of issues, and when they came together as a neighborhood, and worked really hard... there was a lot of police presence in the beginning. But now they handle their own problems. That neighborhood has gotten smarter, stronger, they’re well educated in what to do and our resources for that neighborhood declined, not increased, over time. Because now they take care of the problem. ‘We don’t need you anymore’ is what I hear. 'We’ll take care of this on our own,'” Smith said.