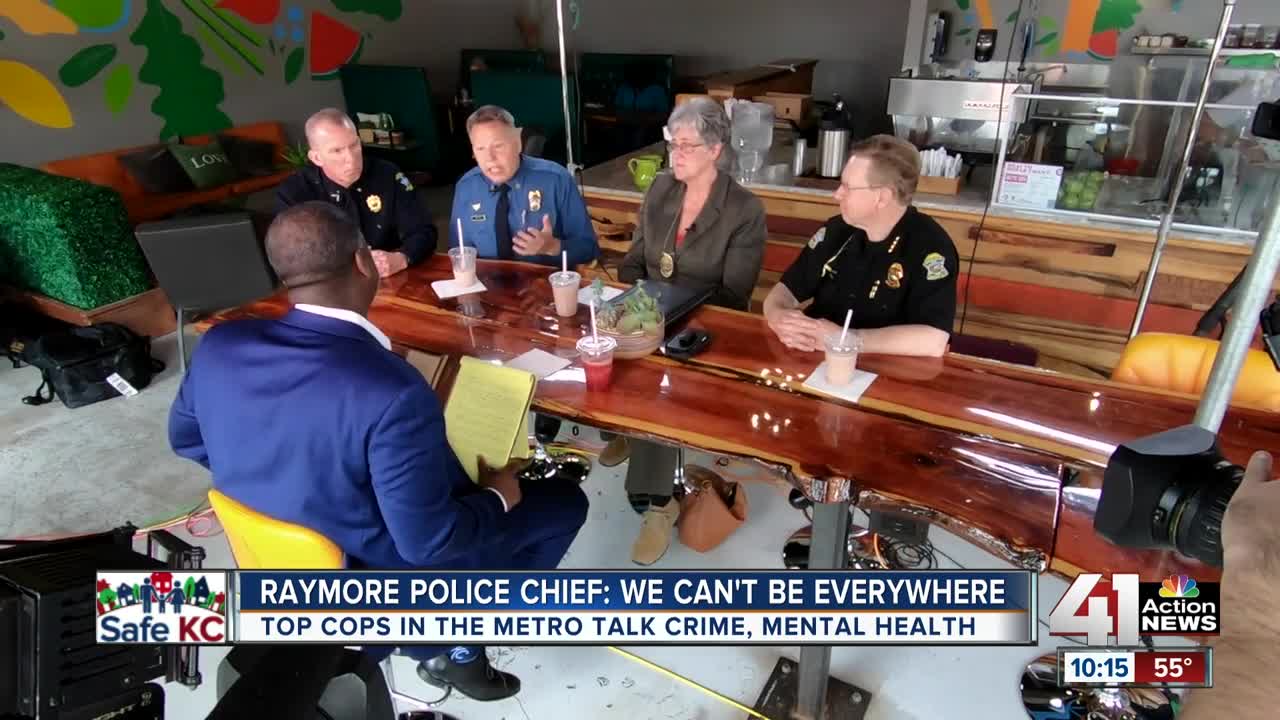 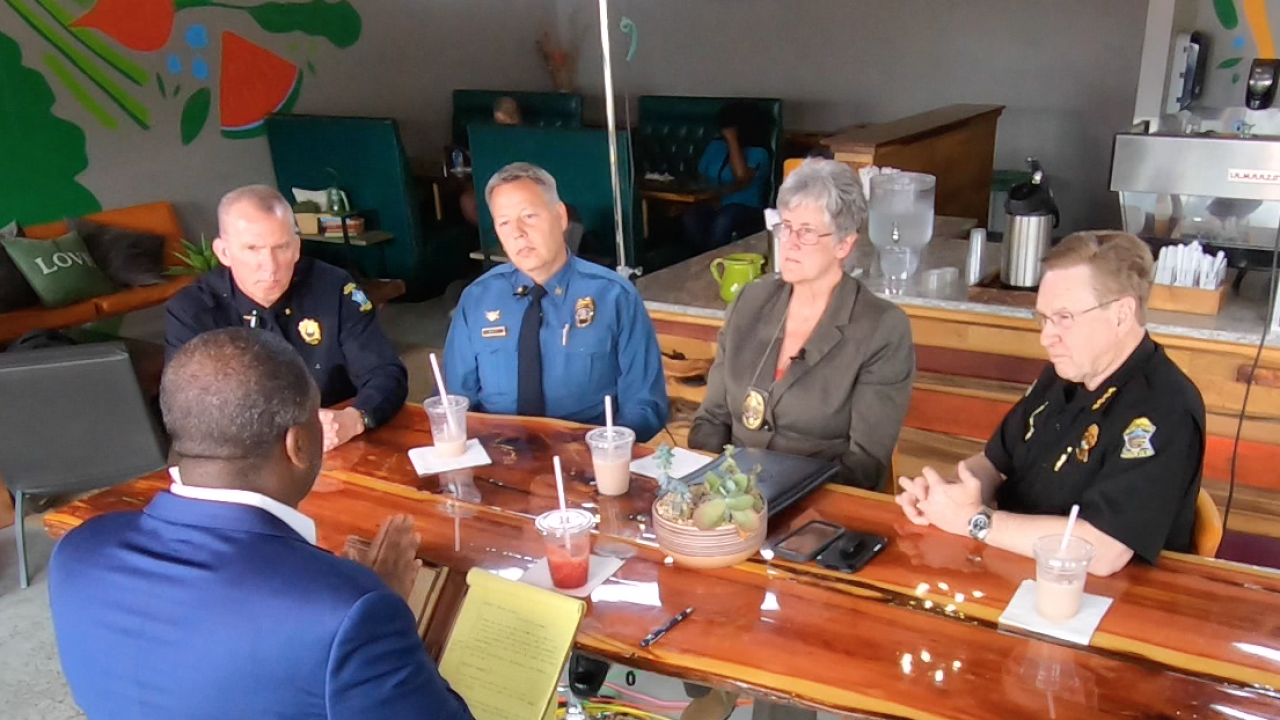 We had a candid conversation on crime, hiring, diversity, mental health and more.

Part 2 of this series, which focuses on police hiring and diversity, will air on 41 Action News at 6 a.m. Friday. Read part 2 here and part 3, on community and crime, here.

All four law enforcement chiefs agree that their officers are dedicated to preventing and curbing crime in their communities.

“They work tirelessly every day to make sure this city and what happens in this city....(is) as safe as possible for everyone," Smith said.

Here is a look at our discussion, broken into different topics of conversation.

On their department’s performance

Kevin Holmes: What grade would you give your department?

Donchez: "I think we deserve an A-minus."

On the role community plays in fighting crime

KH: What role does the community play in crime fighting?

Zimmerman: "They’re our eyes and ears. We can’t be everywhere."

Smith: "When the community is engaged, it makes life easier for everyone, including the police."

Hayden: "There has to be a relationship with the community. We have to be partners, and if we don’t develop that and take the time to develop that, the whole city will suffer."

Donchez: "Our big issue in Overland Park is theft. Theft of vehicles, theft from vehicles. Those are easy to fix, if the citizens would just help us out."

KH: Lemme ask you this Chief Smith. Why should the other municipalities care about what happens north of the river or in Jackson County?

Smith: "I don’t think anyone’s landlocked here. I think people travel to Overland Park and they travel to Kansas City, and people from Overland Park come to Sprint Center to watch a concert. I think we’re all part of the same community and people want the same things."

Zimmerman: "The criminals, I guarantee you, don’t pay attention to jurisdictional boundaries. They are across state lines, across city limits, and they are not paying any attention, so that’s the reason we work so closely together. Because we recognize that."

Donchez: "What people don’t realize is the depth of information sharing that goes on."

KH: A lot of the crime victims and suspects are young people — we’re talking between the ages of 17 and 24. These are kids. What’s being done? What can we do to try and curb those numbers?

Smith: "Today a disturbance starts on the phone. 'Hey, do you wanna meet up at the (Country Club) Plaza and bring 10 of your friends?' And all of a sudden we’ve got 10 people going on."

Hayden: "We see a lot of parents just dropping their kids of at the mall or Worlds of Fun unchecked because I’ve got this (cellphone), so I can keep an eye on Junior. But we don’t know what Junior’s doing."

KH: The perception is that crime has gone up significantly. Is that just the perception, or is that a reality?

Donchez: "But it’s not just crime. We deal with so many of society’s issues that 40, 50 years ago were not police issues. But they are today."

On mental health and policing

KH: Let’s talk mental health. How does that change how you police?

Zimmerman: "Oh, it’s completely different than it was when we started."

Donchez: "But the problem is we’re spending so much money on Band-Aids. I just wish the state (representatives) and congressmen would understand we need so much more money for resources, beds, places people can go for treatment, so that we’re not dealing with them at 2 a.m. in the middle of the street. Or over and over and over again. We’re missing the long-term solution. We’re great at the five-minute fix; we’re missing the long term-solution."