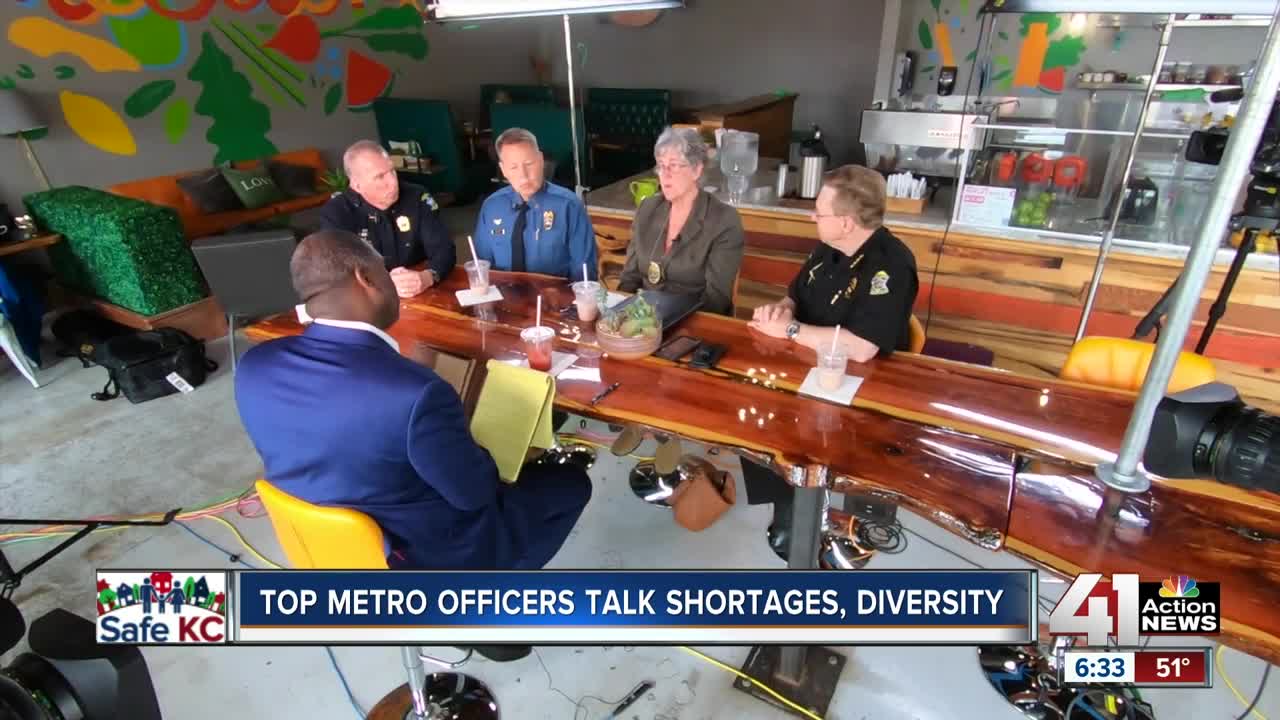 Four Kansas City area police chiefs recently sat down with me for a candid conversation on crime, hiring, diversity, mental health and more. Here is a look at our discussion on police hiring and diversity among their departments. 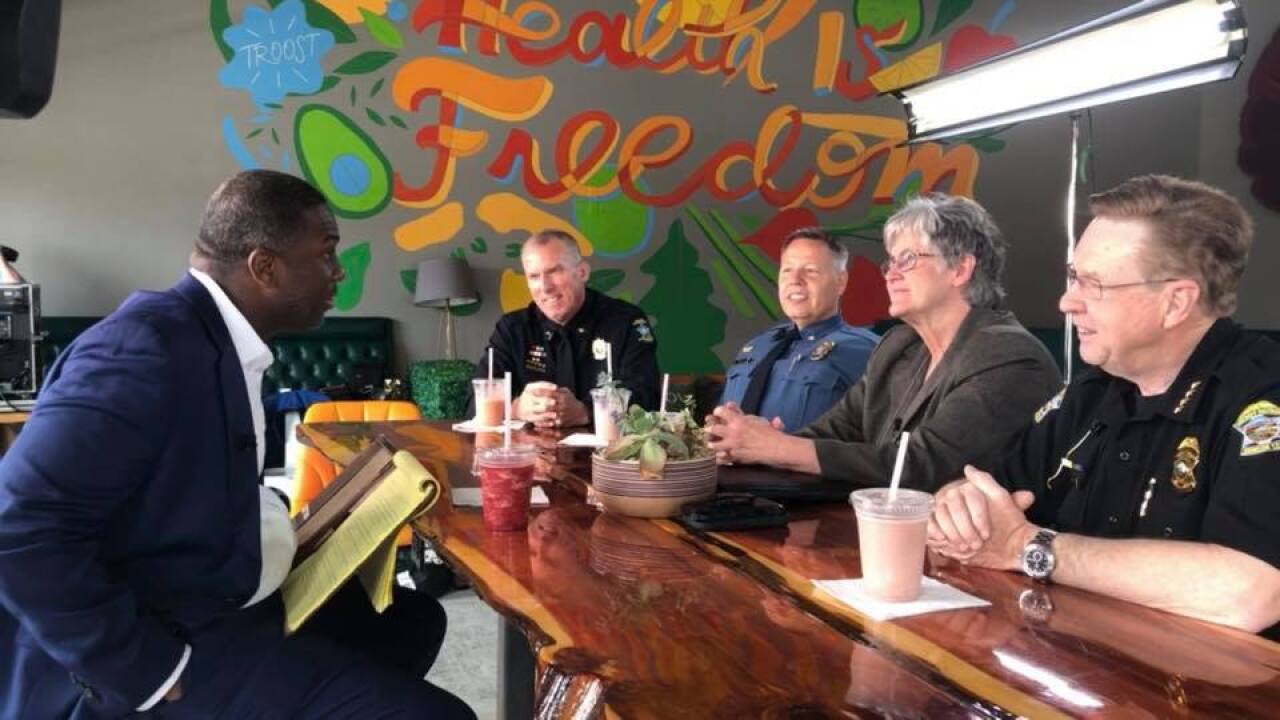 Read part 1 of the series here and part 3 here.

Here is a look at our discussion on police hiring and diversity among their departments.

On the shortage of police officers

Kevin Holmes: It seems like you guys are always in need of officers. Why is that?

Raymore Police Chief Jan Zimmerman: “It’s not a popular time to be a police officer. Post-Ferguson, and you hear people talk about the 'Ferguson effect.'”

Johnson County Sheriff Calvin Hayden: “Part of the nightmare of getting somebody hired is it takes six months to get them through this battery of tests. You can’t promise someone a job in six months and expect they’re going to be around to take it. Not when it’s 2.9 percent unemployment.”

On diversity among the police ranks

KH: Let’s talk about diversity. Do you think your departments represent the people they police?

Kansas City, Missouri, Police Chief Rick Smith: “No, our department isn’t. It’s not that we don’t try. We absolutely try. The biggest challenge especially is in the minority community. I think that the community was most vocal against law enforcement. What I really need is support if you want to see law enforcement change."

Overland Park Police Chief Frank Donchez: “It’s difficult. In Overland Park, we have about a 7 or 8 percent Asian population, and I’ve met with leaders in the Asian community. And they said, 'boy, we would love to see the representation,' and they were being honest with me and said, ‘you know as a culture, that’s not what we want our children to do.'“

KH: Chief Zimmerman, as the only woman here, does that help in recruiting women at all?

Zimmerman: “We had no women and we had no minorities when I came here seven years ago, and now we do. And I’m very happy to say we do.”

Smith: “If you have the reputation of being a department that’s welcoming, that wants to see people succeed, that’s the first step, right? You’ve got to build this on a firm foundation. You just don’t build that house overnight. And I think we as leaders, what we can do is make sure that occurs within our departments."