Most of the homicides reported in Kansas City, Missouri, happen in an area representing less than 11 percent of the city’s 300-plus square miles. A study by the Kansas City Police Department shows a high concentration of vacant homes in that same 34-square-mile area.

KANSAS CITY, Mo. — Most of the homicides reported in Kansas City, Missouri, happen in an area representing less than 11 percent of the city’s 300-plus square miles.

A study by the Kansas City Police Department shows a high concentration of vacant homes in that same 34-square-mile area, commonly known as the urban core.

Based on KCPD data, 75 percent of homicides from 2011 through 2014 took place in that area, which is bordered by 85th Street, Troost Avenue, St. John Avenue and Topping Avenue.

The 41 Action News Investigators obtained data on homicides that occurred during the following four years. It showed that from 2015 through 2018, about 67 percent of all homicides took place in the urban core, a slight decrease compared with the previous four-year period.

However, the overall homicide rate spiked 31 percent in the most recent four-year period compared with the previous one.

The map below shows the location of each homicide investigated by Kansas City police between 2015 and 2018. Click the icon in the upper left corner of the map to view years separately.

In January 2016, then-KCPD Chief Darryl Forte wrote a blog post about reducing the amount of violent crime in the area. In the post, he shared a map showing the highest concentration of Kansas City’s vacant homes was in the same crime-heavy area.

In his post, Forte, now the Jackson County sheriff, noted there were neighborhoods within the area that weren’t experiencing the same high levels of violent crime. The analysis found that those neighborhoods had fewer vacant homes, and residences seen as vacant and unsafe were quickly demolished.

Rosilyn Temple, whose son was shot and killed more than seven years ago, said she sees vacant homes as a major community issue.

"Drug addiction comes along with that, then bad things happen. Yes, I do think it's a problem. If these owners are not taking care of their properties, we need to speak up as residents in that neighborhood,” said Temple, who is the director of KC Mothers in Charge, a group that works to reduce violent crime.

On its website, Jackson County cites a 2005 study from the Georgia Institute of Technology and the Chicago-based Woodstock Institute that shows when a neighborhood sees a 1 percent increase in foreclosures — which leads to more boarded-up, vacant houses —there is a 2.3 percent jump in violent crime in that neighborhood.

One way that officials are working to address the problem of vacant homes is through the Land Bank of Kansas City, a program that works to return vacant properties to productive use.

If no Jackson County taxes are paid on a property in four years, the county can turn over the home to Land Bank, which then makes the home available to buyers who sign a contract promising to fix up the property.

"We try to re-purpose them as quickly as possible, and we do have a lot of success stories," said John Baccala, spokesman for Kansas City's Neighborhoods and Housing Services.

One of those success stories is Delano McKinney.

Through Land Bank, McKinney bought a 100-year-old home on Spruce Street in the city's urban core.

McKinney, who fixes homes for a living, did his own rehab work on the home, which included replacing ceilings, fixing walls, sanding original hardwood floors, putting in new windows and undergoing a complete electrical and plumbing fix.

"It's not a picnic. It’s hard work," McKinney said. "It's better to come in and do it yourself instead of have somebody else do it, you know, makes you appreciate it more."

After renovating the home, McKinney and his wife now live there. His children, grandchildren and great-grandchildren visit often.

"It's a really good thing they can have a place to come and play," McKinney said. 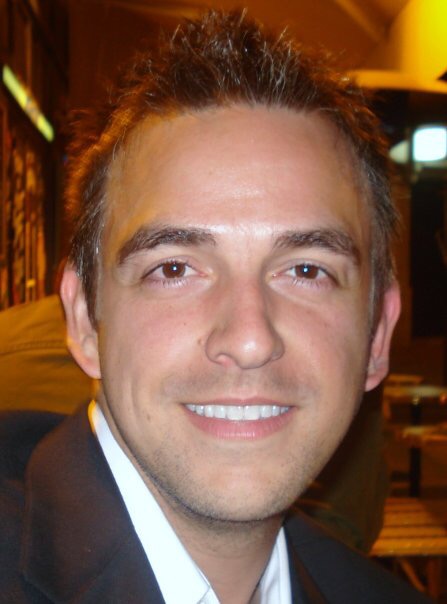 Curt Spann is another person who has used Land Bank, buying the homes as investments.

The 41 Action News Investigators visited three of four properties he recently purchased. One of his properties on Brooklyn Avenue has been renovated and has a new tenant. Two other homes on Highland Avenue are in the process of being renovated.

Spann said in a statement that Land Bank has made a big difference in the community:

While one can visibly see the change starting to take route on the east side of Kansas City, the Land Bank was really instrumental in laying the groundwork for the change. Without the initial initiative many years ago, I’m not sure it would have happened. It certainly would have taken much longer in duration. It really is a testament to the vision of the team at the Land Bank and more specifically Ted Anderson, Michael Patillo, Chad Erpelding, Arnold Wilkes, Shalonda Eason and Marsha Wells. I’m obviously forgetting a few. They’re first-class individuals that run a tight ship and really seem to care about their work. Certainly a real pleasure to work with. It’s been a gratifying process to see the progress we’ve all collectively achieved while working with one another.

Not all vacant homes, however, are alike.

If taxes are being paid on a vacant house and it's boarded up so that no entry is possible, it's within compliance of city code.

While the city attempts to deal with the ongoing vacant house problem, homicides continue to be a significant issue.

In January, family and friends gathered for a vigil for 23-year-old Airrin Scott. The new year had barely begun when a gunman shot and killed Scott at a gas station at 81st Street and Troost Avenue, within the boundaries of the high-crime area that KCPD has studied.

Scott left behind seven young children who will all grow up without their father.

"I try to keep myself busy during the middle of the day so that I just don't cry," Scott’s mother, Cassandra Scott Brown, said.

"Airrin himself was a good young man. He had a lot of talent. He was going somewhere," said Anthony Long, Brown’s fiance.

While no official has suggested that eliminating vacant homes will be the final solution to Kansas City’s violent crime problem, they do agree that it’s one piece of the puzzle.

"I think the answer is people. We have to come together," Temple said.

And while each homicide appears as a piece of data, a dot on a map, each one is one too many for family and friends of the victims.