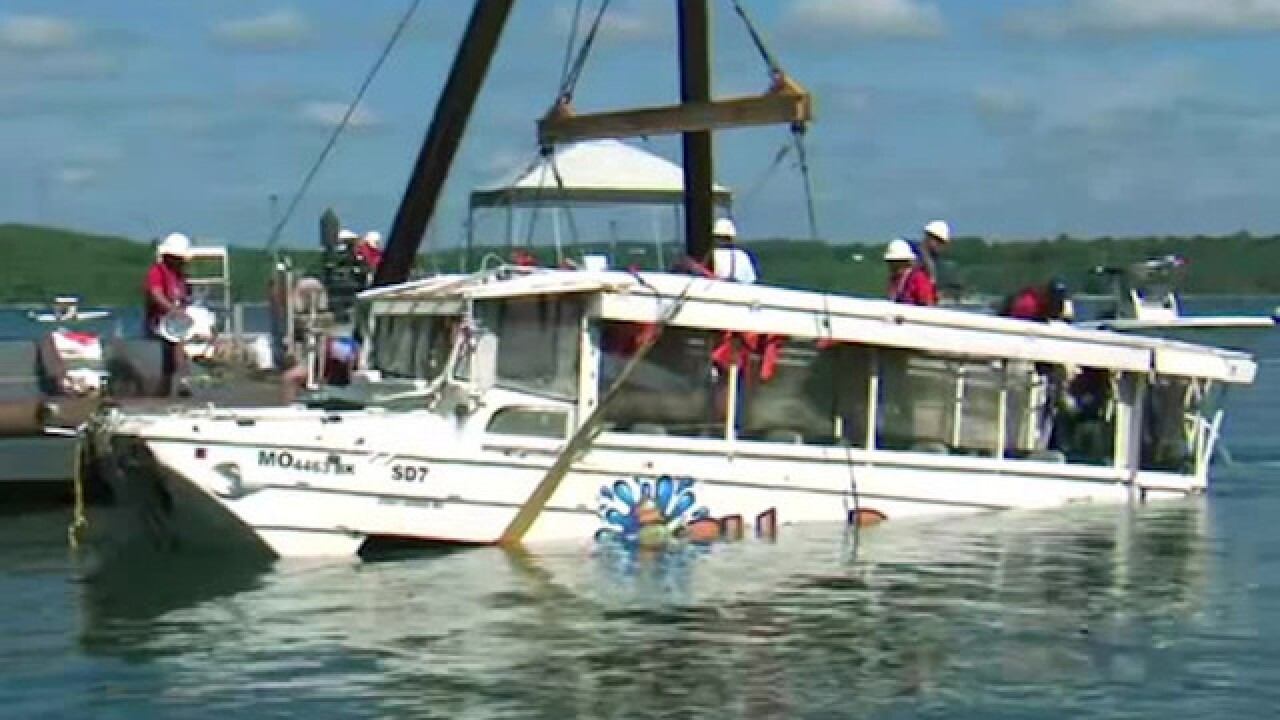 KANSAS CITY, Mo. -- The duck boat which sank last month killing 17 people shouldn't have been on Table Rock Lake based on weather conditions and a mandate from the Coast Guard.

The Coast Guard issued a certificate of inspection in February 2017 for Stretch Duck 07.

Under terms of that inspection, it states the duck boat "shall not be operated waterborne when winds exceed 35 miles per hour, and/or the wave height exceeds two feet."

A severe storm warning was in effect before the boat went into the water.

Investigators say winds exceeded 70 miles per hour at the time the boat sank, more than double the allowable wind speed.

The Coast Guard has convened a formal Marine Board of Investigation, or MBI, into the incident.

A Coast Guard spokeswoman said it's only the third time since 2010 that level of investigation has been conducted.

The Marine Board consists of five members who will conduct the investigation.

“Our hearts go out to the victims as well as the families and friends that have been impacted by this terrible tragedy that occurred in Branson,” said Capt. Wayne Arguin, chairman of the MBI. “The Coast Guard will conduct a thorough and detailed investigation to identify all potential causal factors associated with this tragedy.”

During the course of the MBI, panel members must decide:

The National Transportation Safety Board, or NTSB, is currently leading the federal investigation into the incident.

The Coast Guard will join as an equal partner in the investigation.

These are the victims of the Table Rock Lake tragedy

'I thought I was going to die,' mother says after losing family in duck boat accident