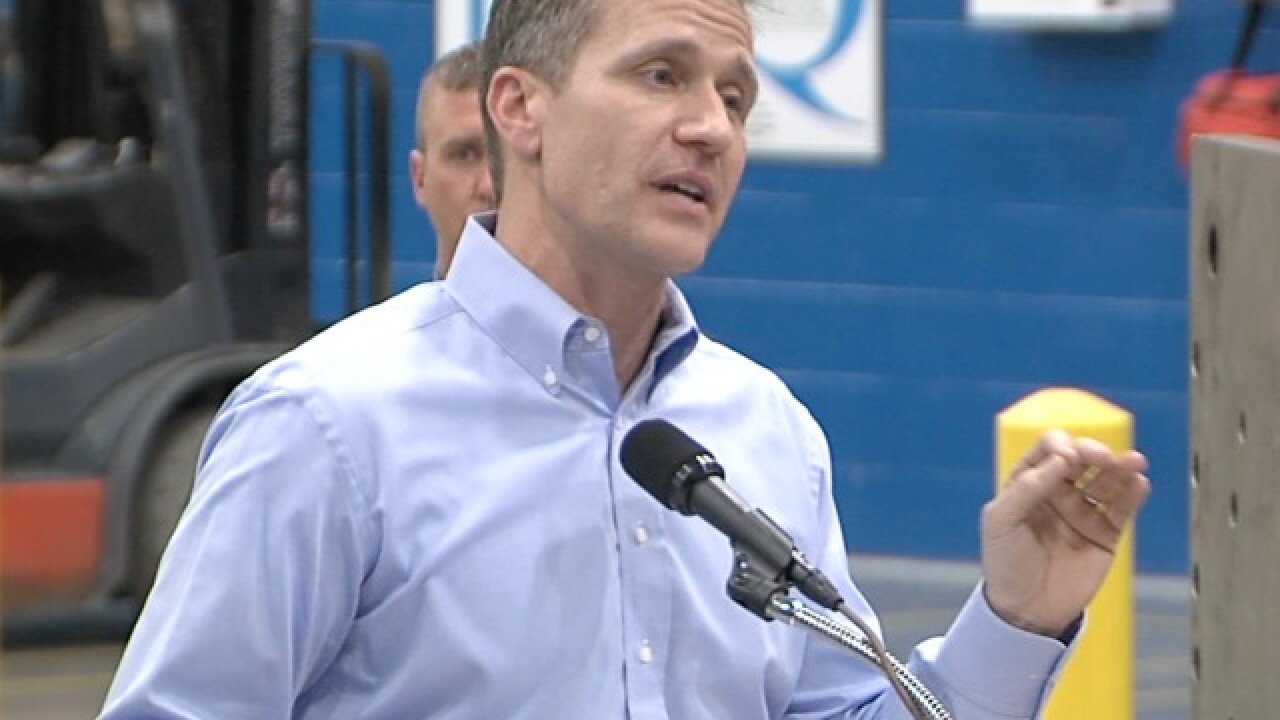 ST. LOUIS (AP) — A lawyer for Missouri Gov. Eric Greitens said Monday that prosecutors have stopped looking after being unable to find a photo that is central to the allegations in his felony invasion-of-privacy trial.

The Republican governor is charged with taking and transmitting a photo of an at least partially nude woman without her permission during a sexual encounter in March 2015. Prosecutors previously acknowledged that they did not have the photo but left open the possibility that they would obtain it.

As jury selection entered its third day, Greitens's attorney Jim Martin said in court that the St. Louis circuit attorney's office told Greitens's team they had obtained information from cloud storage but still did not have a photo. Martin said prosecutors said they had stopped pursuing a photo.

St. Louis Circuit Judge Rex Burlison asked Ronald Sullivan, a Harvard law professor hired to help the prosecutor's office, whether he had a response to the defense's contention. Sullivan said he did not.

If convicted, Greitens could be sentenced to up to four years in prison.

Opening arguments had been expected to begin Monday but attorneys instead were still sorting through dozens of prospective jurors who will decide the case.

The pool of 160 prospects began filling out questionnaires last week. Some have been subjected to further questioning by attorneys as they seek to weed out people who could have a bias or for whom service would be too burdensome. The selection process now is expected to continue into Tuesday.

Greitens has acknowledged having what he says was a consensual affair but has denied criminal wrongdoing. He has declined to directly answer questions about whether he took the photo for which he is charged. Greitens has said the affair started and ended in 2015, as he was preparing to run for governor. He was elected in November 2016.

The woman, who has been identified only as K.S. in court filings, has testified that Greitens bound her hands to exercise equipment in March 2015 in the basement of his St. Louis home, blindfolded her and removed her clothes before she saw a flash and heard what sounded like the click of a cellphone camera. She has said Greitens threatened to disseminate the photo if she spoke of their encounter but later told her he had deleted it.

Greitens faces a separate criminal charge in St. Louis of tampering with computer data for allegedly disclosing the donor list of The Mission Continues to his political fundraiser in 2015 without the permission of the St. Louis-based veterans' charity he founded. No trial date has been set for that case.

The Legislature also is to convene Friday in a monthlong special session to consider whether to try to impeach Greitens.