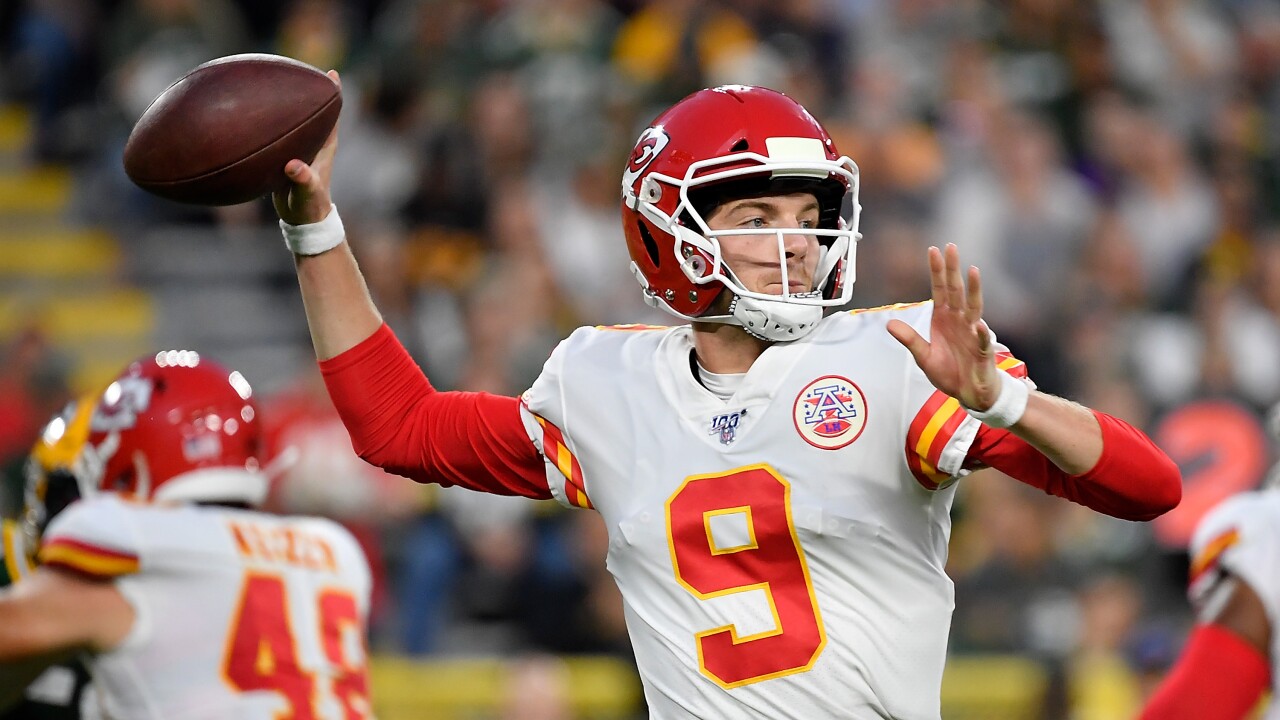 "We are going to just see how he does,” Reid told reporters. “I would probably say that it would be a stretch for him to get there, but he is working hard.”

Reid did confirm that Mahomes had a dislocated right knee, which a team doctor popped back into place as the reigning NFL MVP laid on the field after getting injured on a quarterback sneak Oct. 17 during a 30-6 win at Denver.

Of course, actions speak louder than words, and the Chiefs’ flurry of roster moves on Tuesday certainly suggest Mahomes — who multiple reports say will be sidelined three to six weeks — won’t play against the Packers.

Shurmur, who is the son of New York Giants coach Pat Shurmur, will backup Matt Moore, a veteran the Chiefs signed late in training camp after Chad Henne was placed on injured reserve with a broken ankle.

Shurmur, who played collegiately at Vanderbilt, completed 58.9% of his passes, going 33 of 56 with 316 yards with two touchdowns and an interception during the preseason.

Moore has appeared in 51 career games, most with Carolina and Miami. He went 10 of 19 for 117 yards with a 57-yard touchdown to Tyreek Hill after Mahomes’ injury last week against the Broncos.

We have released De'Anthony Thomas and Terrell McClain.

DT Mike Pennel has been signed.

QB Kyle Shurmur is elevated to the 53-man roster.