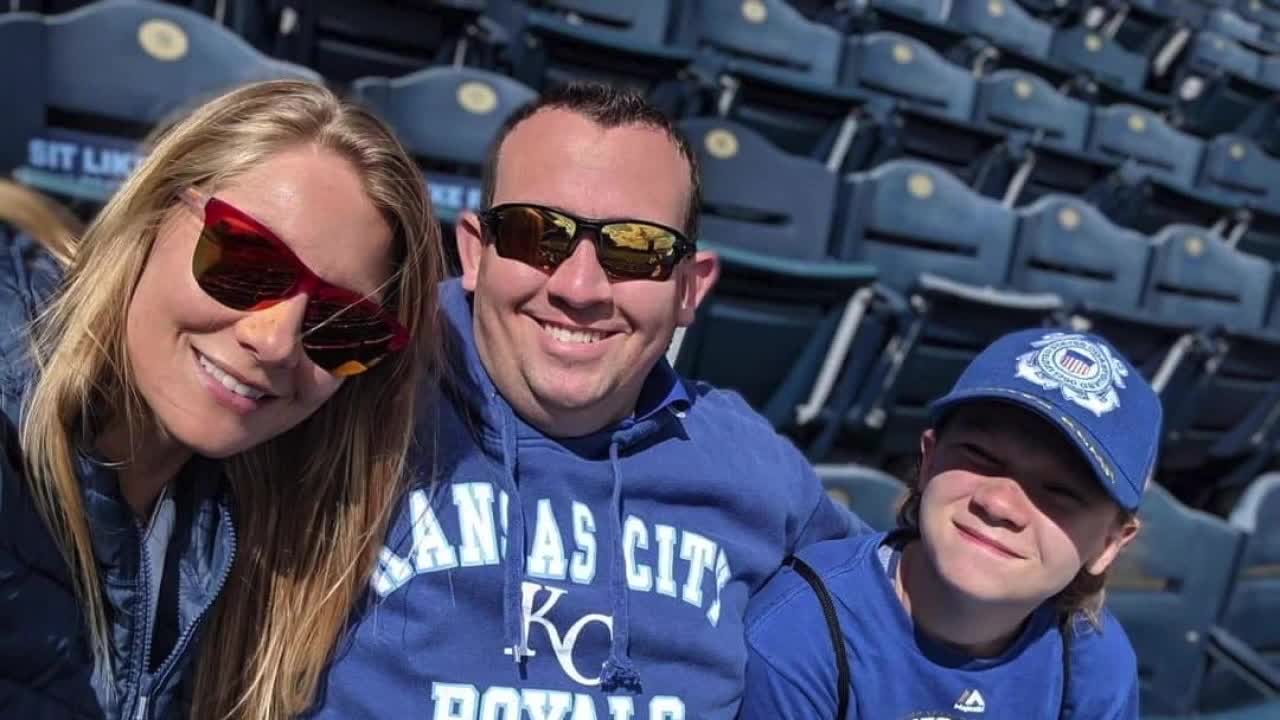 The family of Overland Park Police Officer Mike Mosher, who was killed in a shootout Sunday with a hit-and-run suspect, wants to express their love and gratitude for the support the community has shown. 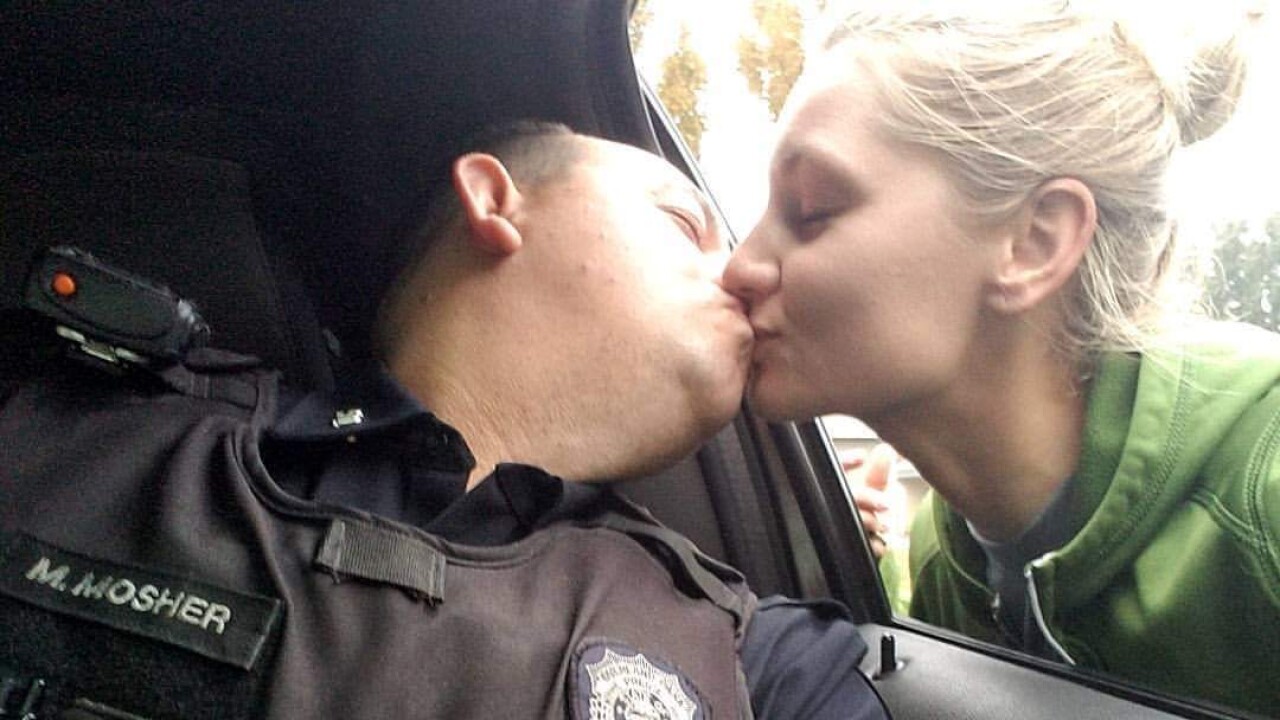 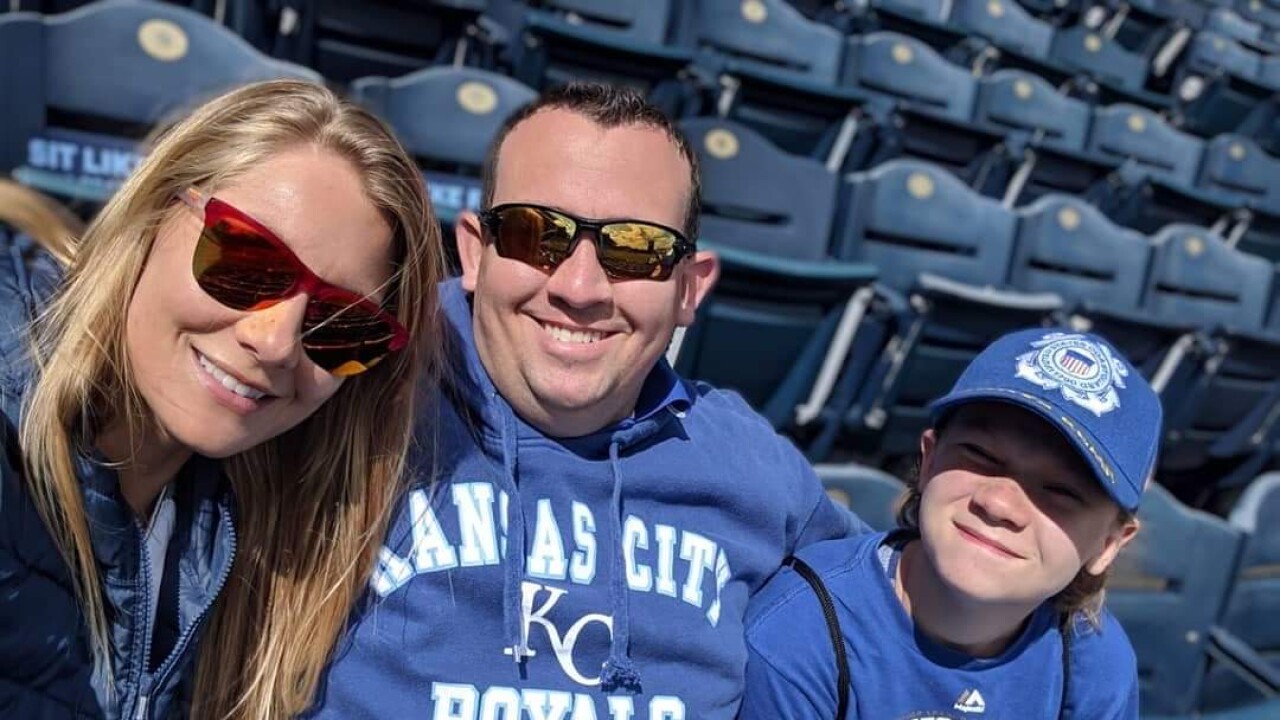 OVERLAND PARK, Kan. — The family of Overland Park Police Officer Mike Mosher, who was killed in a shootout Sunday with a hit-and-run suspect, expressed its love and gratitude for the support the community has shown.

Mike’s widow, Corinne Mosher, said that love was evident Tuesday as they moved her husband’s body in a procession.

Corrine said that what hit the family the most was seeing neighbors and other members of the public not only pulling over to make room for the procession, but “standing outside their vehicles with their hands over their hearts.”

“We looked into their faces and saw caring in strangers that didn't know us and didn't know Mike," Corrine said, "and it didn't matter, because he belonged to them and they had lost him, too. When I saw that, children standing still in basketball courts (and) ... a young family with several kids and there was a young girl holding a large American flag.”

Corrine said she was filming during the procession, which reminded her that Mike’s favorite days to work were Christmas and the Fourth of July.

“On those days, the community came to them and expressed their gratitude,” she said.

Mike was “heavily involved” in charity events like Operation Rudolph and Shop with a Cop, according to Corrine. She said he was the officer who wanted to take part in activities that brought the community together.

“That's what I saw,” Corrine said. “I've been seeing, even though our heads have been down, and we've been struggling with the details of the tragedy, right? The love. Love — and not from strangers, because I'm learning you're not a stranger to me. The love that we've been getting has to tip the balance away from hurt and pain and grief, into love and acceptance from family, and this special man somehow, by leaving, left us with more.”

Corrine said Mike always wanted to be a police officer.

“There was nothing else for him, because it was his calling,” she said. “It wasn't a job. He was called.”

Mike and Corrine's daughter, Tyler, said her father was a hero.

"He died doing what he loved. And he loved me. He loved my mom. He loved everyone in this community," she said.

Tyler, 12, also said her father made "everyone feel worthy."

Shellee Mosher, Mike's mother, said she has been overwhelmed with the support from the community.

Mike followed in the footsteps of his father, Scott.

"He was there to serve, and I think with that attitude it went a long way," Scott said. "And he thought nothing about helping anybody at any time and often did."

Not only did Mike follow his father as a police officer, he influenced his long time friend, Joshua Leitner.

Leitner said he and Mike had been pretty much inseparable since seventh grade.

Leitner now is an officer with the Lawrence Police Department.

"Mike is the reason I'm a police officer," he said.

The Mosher family also wants people to know that the family of the man who killed Mike is also suffering, so they’re asking for thoughts and prayers for that family.

Investigators said Mosher was driving into work when he witnessed a hit-and-run and pursued the suspect.

That driver, 38-year-old Phillip Carney of Overland Park, turned out to be armed. He was also killed in the exchange of gunfire.

Mosher is the second Overland Park police officer to be killed in the line of duty. Deanna Rose was run over by a DUI suspect during a traffic stop on Jan. 6, 1985.