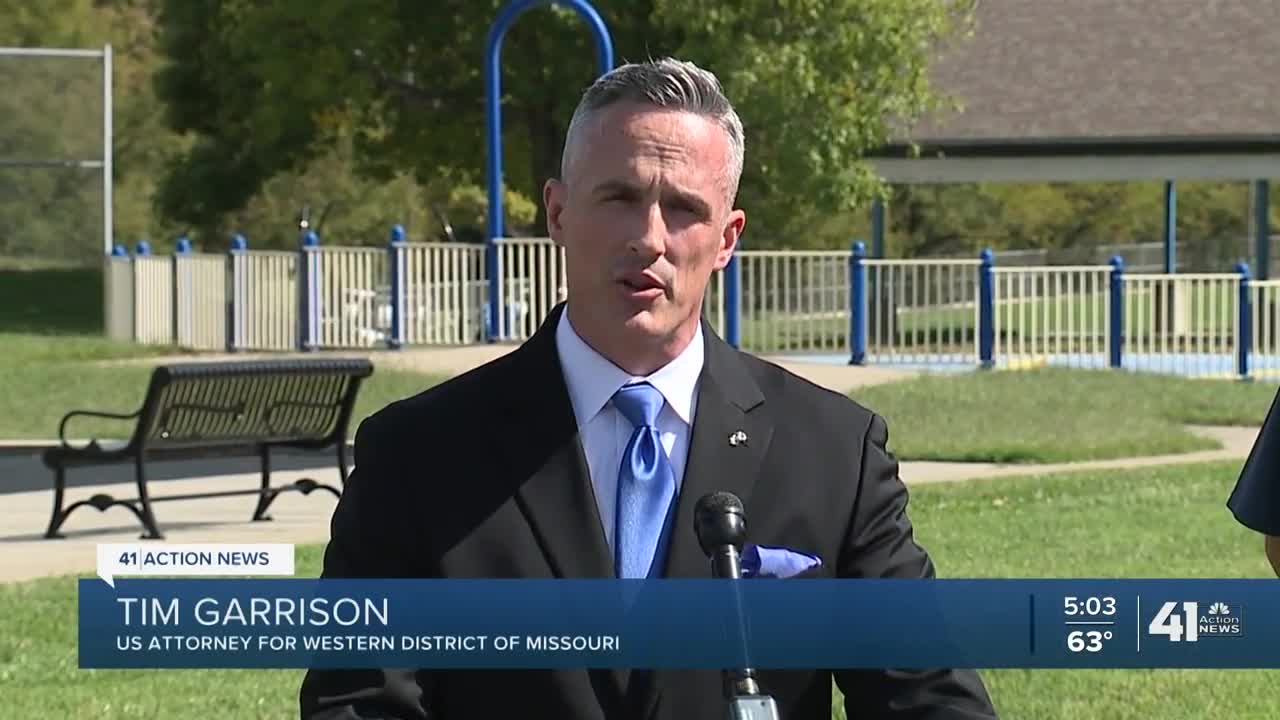 Federal and municipal officials hope Operation LeGend helped Kansas City, Missouri, reach a tipping point with respect to the surge in violent crime in 2020. More than 500 people were arrested during the operation, which will continue with enhanced ATF and FBI presences in KCMO. 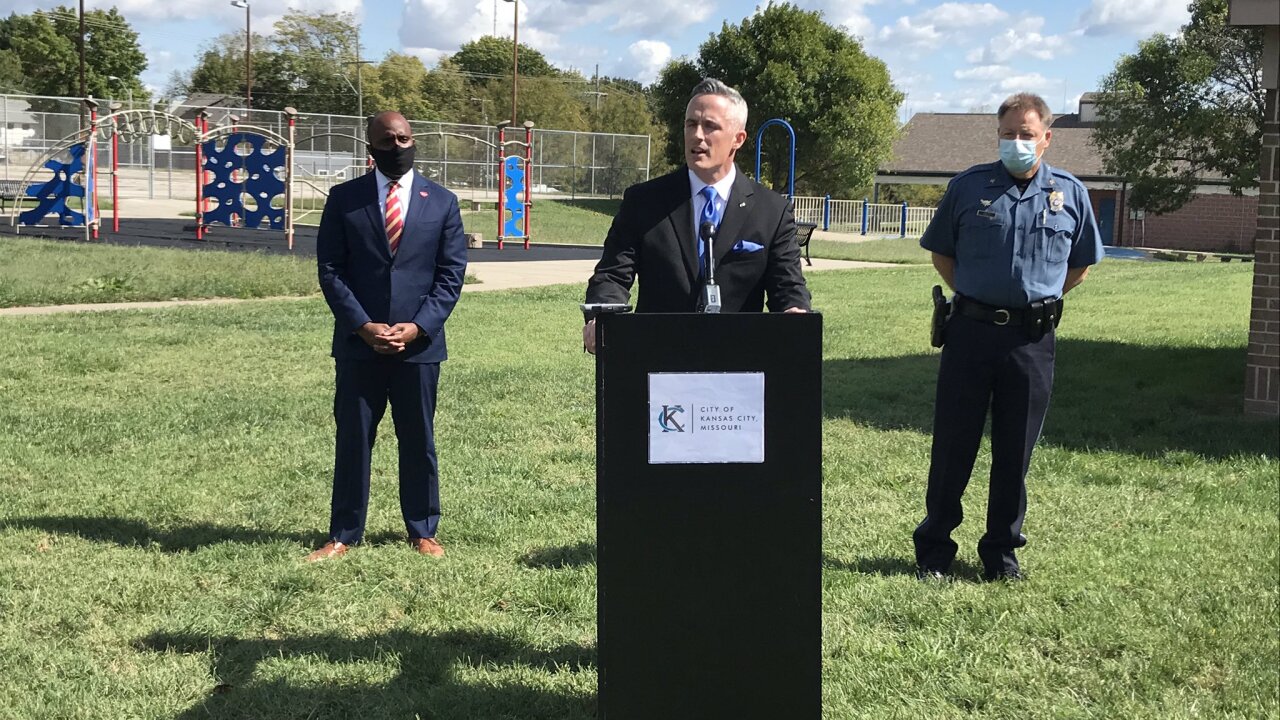 The more than 200 federal law enforcement agents deployed to KCMO as part of the Department of Justice’s concentrated crackdown on violent crime have gone home, though Operation LeGend is ongoing in eight other cities.

U.S. Attorney for the Western District of Missouri Tim Garrison, KCMO Mayor Quinton Lucas and KCPD Chief of Police Rick Smith explained the impact and future of Operation LeGend during a press conference Monday afternoon at KCFD Fire Station No. 18.

Garrison said Operation LeGend netted more than 500 arrests, including at least 125 suspects who were charged in federal court.

Most of the federal offenses were illegal gun crimes, but Garrison said there also were “a number of drug-trafficking offenses — not simple possession, but drug trafficking.”

Smith said Operation LeGend couldn’t be credited with a decline in crime necessarily, but he noted a correlation in declining rates for homicides, non-fatal shootings, aggravated assaults, armed robberies and domestic violence during the 10 weeks of the federal surge compared with the 10 weeks before it.

Smith said compared with the time period before Operation LeGend began, homicides are now down by 22% and non-fatal shootings are down by 24%.

Aggravated assaults are down by 44%, and domestic violence assaults have decreased by 17%.

Garrison said 37 homicide suspects also were arrested, which led to KCPD’s clearance of 29 homicides, according to Smith.

Garrison said other cases were referred to federal authorities in Kansas and Texas, while additional charges were referred to county prosecuting attorneys, primarily in Jackson County. Garrison's office will not be tracking those cases.

Despite what federal and city leaders called a successful operation, Garrison said more work remained during the briefing outside the fire station where a carload of shooting victims, including 1-year-old Tyron Payton, who later died from his injuries, arrived last week to seek help.

“This is not a victory lap,” Garrison said. “We’re not spiking the football. We’re not declaring victory and going home.”

Operation LeGend was “designed to be a high-impact, limited-duration surge to help us get our arms around” the increased violent crime in KCMO, according to Garrison.

While the 60-day federal deployment has ended, Garrison said the enhanced partnership between federal and local authorities — what he termed “a new phase” for Operation LeGend — is only beginning.

Garrison said a new ATF unit, which includes a supervisor and eight special agents, has been established in Kansas City.

The FBI’s Kansas City office reorganized to provide additional agents for combating violent crime, including some special agents who have been permanently assigned to work with KCPD homicide and assault squads.

More than $1 million in DOJ grant funding will help pay for the personnel and equipment for the changes.

Lucas said there are also new efforts underway to combat domestic violence and his office is committed to “bold, affirmative steps to make Kansas City safer every single day.”

An effort, Lucas said, that isn’t limited to law enforcement. He pointed to city-backed investments in the Central High School football field, the Linwood YMCA/James B. Nutter Sr. Community Center and Truman Medical Center as part of a multi-tiered approach to making KCMO safer and improving its quality of life.

Lucas said he didn’t see “drastic cuts” to the KCPD budget as a “prudent way” to help reverse the violent crime trend, but also stressed that prevention and enforcement are only part of the puzzle.

The city also will continue to invest in programs — including conflict resolution efforts in Kansas City Public Schools and a mentoring program — that also stress intervention and reform, he said.

That's where GreenLight Fund KC steps in, a nonprofit new to the city that helps direct funds to underserved communities.

"One area that came out that was not getting enough investment that we heard from the schools was school-based mental health and social and emotional learning for students," said Sarah Haberberger, executive director of GreenLight.

GreenLight is leading a $1.7 million investment to bring in two mental health programs out of Chicago: Becoming a Man (BAM) and Working on Womanhood (WOW).

The program will provide counseling services for 100 students in the Hickman Mills C-1 School District first, then eventually the program will expand to eight other school districts.

Haberberger said this is a clinically based, evidence-based program that had positive results in Chicago.

"We saw they were getting for the young men in the program, in BAM, a 50% decrease in violent crime arrests and a 35% decrease in arrests overall," Haberberger said. "Young women see a decrease after the program in PTSD, depression and anxiety."

“We need you to speak up and speak out, because that’s how we change things...,” Lucas said. “School kids in Kansas City shouldn’t already know homicide victims in their classes.”

Smith thanked the federal agents and his own personnel involved in Operation LeGend, but noted that “we can’t arrest our way out of this. We need the community’s help,” adding that he hopes the recent drops in violent crime represent a new trend moving forward.

“We have a culture that we need to change in Kansas City,” Smith said. “We need a culture of not picking up a gun to solve problems.”

Operation LeGend was announced in early July within weeks of the deadly shooting of LeGend Taliferro, the 4-year-old for whom it is named.

It has since spread to eight other cities, including St. Louis, which had been experiencing spikes in violent crime.