Barbershop panel: More work to be done between police, community 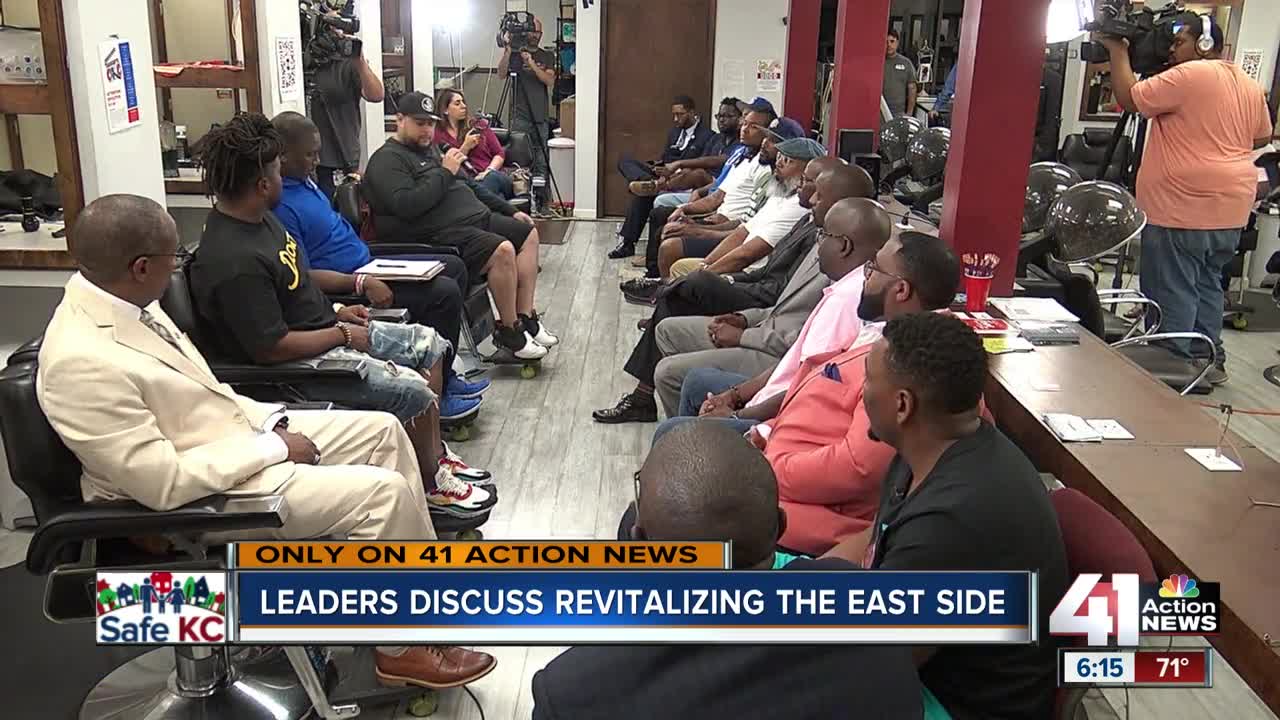 Anchor Kevin Holmes and a panel of community leaders discuss economic factors surrounding the Troost Divide and plans to revitalize the east side of Kansas City, Missouri. 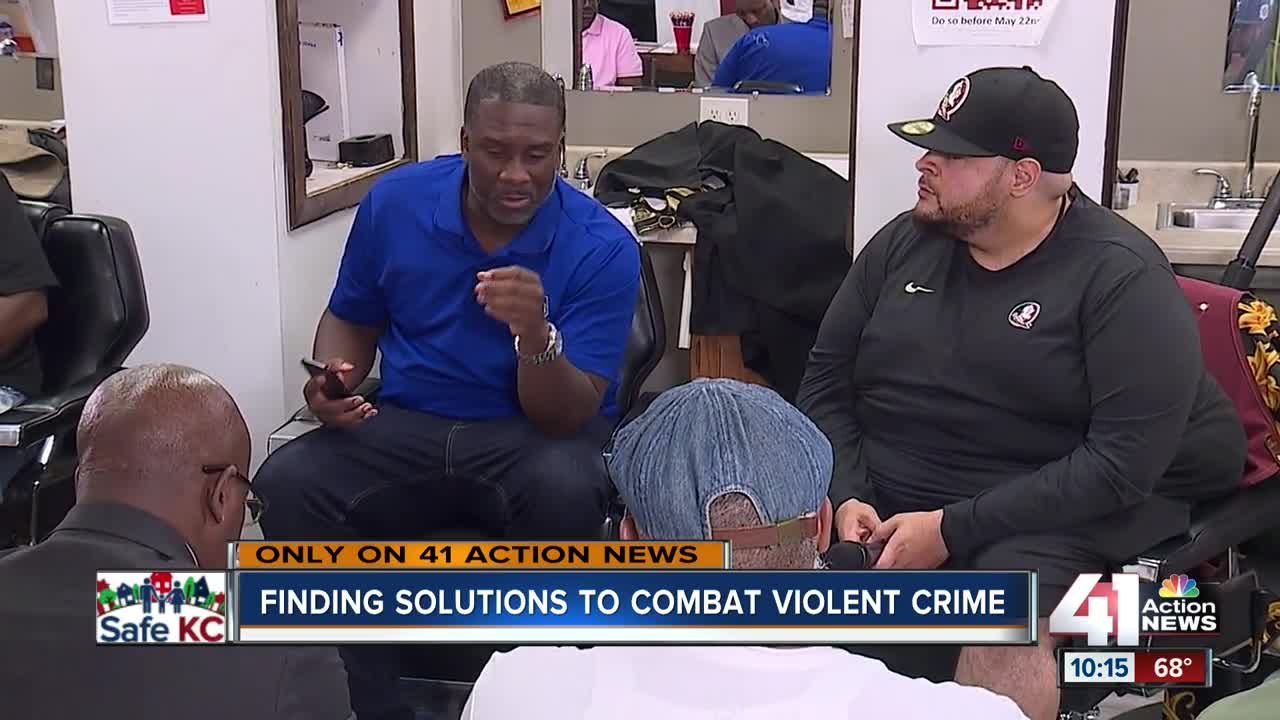 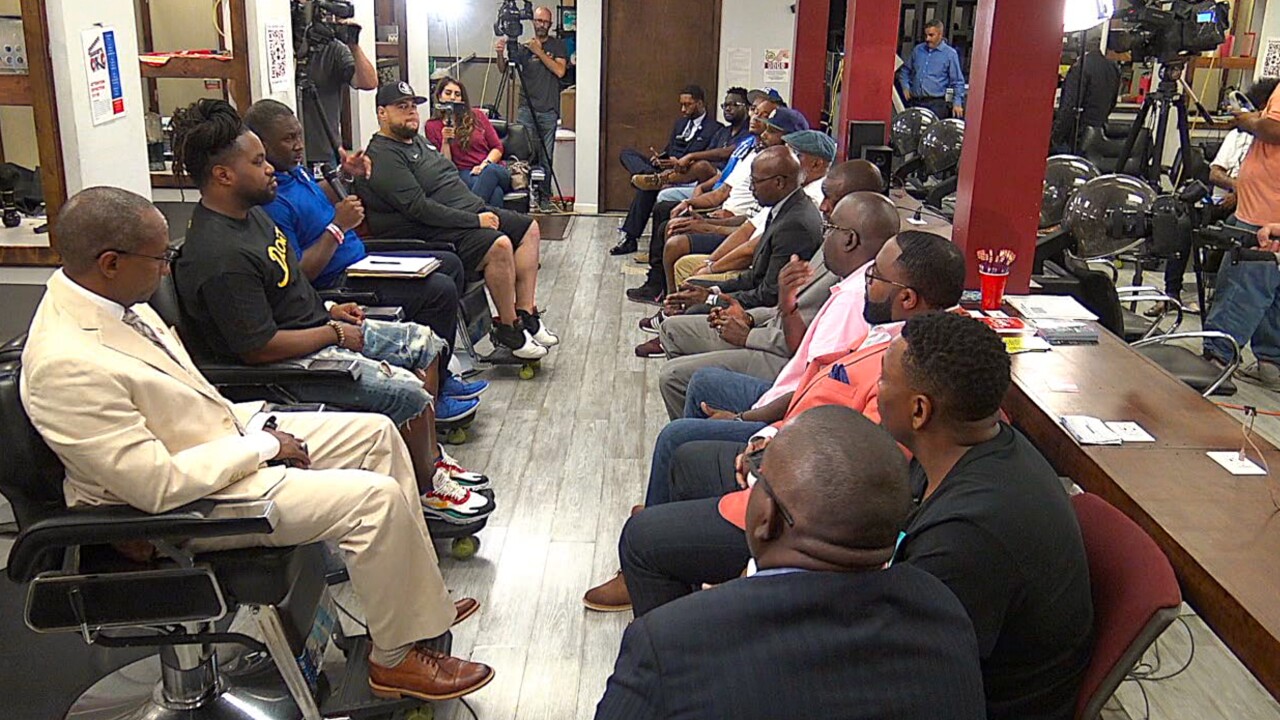 KANSAS CITY, Mo. — One year ago, 41 Action News anchor Kevin Holmes met in a Kansas City, Missouri barbershop to hear from a group of men working to make Kansas City a better — and safer — community.

Kevin has held a roundtable with women leaders and area law enforcement leaders since then who share the same goals.

Earlier this month, to mark the anniversary of the first barbershop conversation, Kevin met again with a group of influential men to revisit some of the topics first brought up in 2018.

Many of the topics remained the same, as did the style of the venue - a barbershop.

“People come in here so happy and excited because they have that one chance for about an hour every week or sometimes every two weeks to express themselves," 180V Salon owner Joey Thomas said. "It represents freedom of expression, freedom of self. Freedom from whatever kind of bondage you have.”

The following is an edited version of the discussion at the salon, located in the 18th and Vine District.

Barbershop panel: More work to be done between police, community

Kevin: What do you think about KCPD? How are they doing right now?

Sgt. Robert Gibbs, KCPD: “Twenty-eight years ago, I decided I’m going to get on the Kansas City, Missouri Police Department. I had a college degree. I could’ve moved somewhere else, but this is home for me, and I wanted to try to help home. So, sir (directed to Henry Service), I am sorry about the situation you had, but the best way to fix those type of situations, to improve perception, is to become part of the solution.”

Terrell Ray, Stop the Violence KC: “I don’t necessarily believe that joining a force is the solution. But KCPD joining with community is more of a solution than us joining cops. And that would actually help the community.”

Erik Dickinson, President Urban Rangers: “I’ve seen the police in Kansas City do a lot of good things for young people. I just think the partnership has to be there and finding more ways that young people can feel like policemen are safe.”

Rodney D. Smith, Univerity of Missouri - Kansas City professor: “We have to reverse and change our narrative about ourselves. I mean, let’s be honest; There has been a four-year public relations campaign to convince us that we are something that we’re not.”

Terrell Ray: “I think accountability is one of the big issues; holding the next person accountable of their actions. Instead we’re encouraging it.”

Holmes: The people watching this don't all look like us. We'll have women, women of color, white women, white men and others who will be watching this. What role do they play in all this? What's your message to them?

Erik Dickinson: “What we need in Kansas City… people outside the urban core to come back and give their time, talent and treasure. We need more people to volunteer.”

Sgt. Robert Gibbs: "When people ask me what can be done, I say to them, 'Look at what you are passionate about, and take that knowledge, that information and give it to other people. Give it to young people.”'