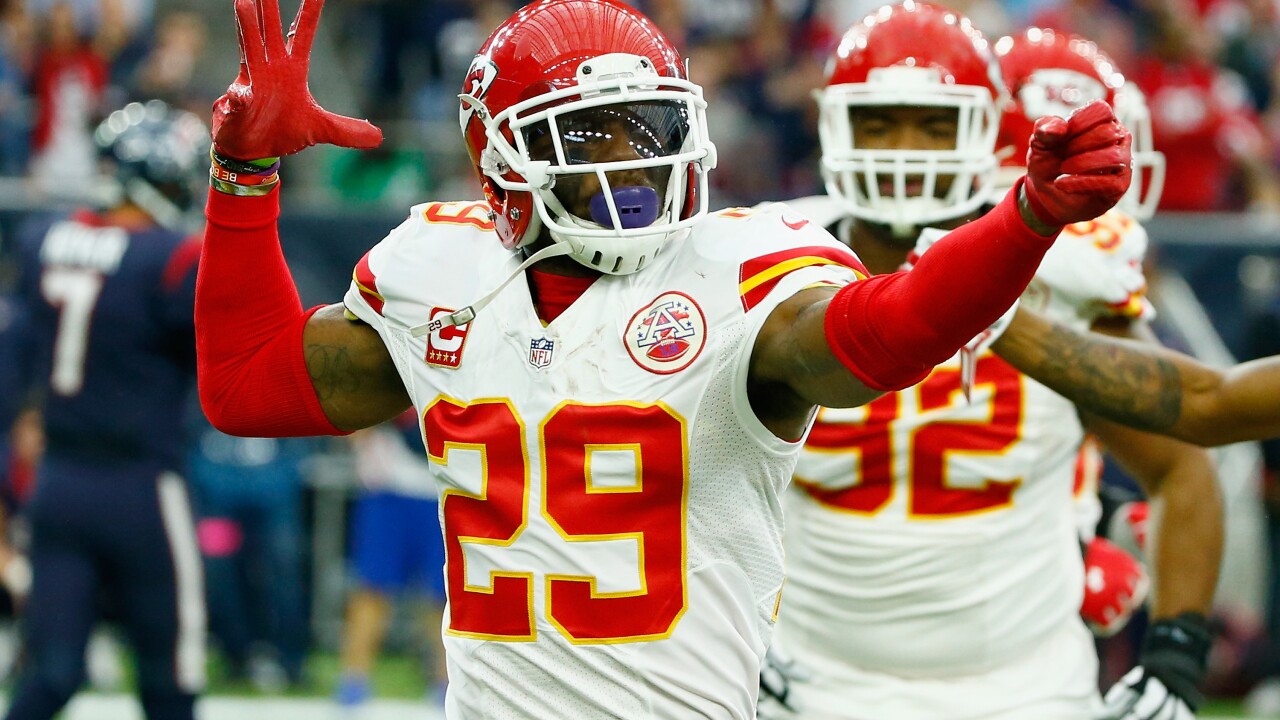 The club announced Wednesday that it had released Berry, who was the NFL’s highest-paid safety when he signed a six-year deal worth $78 million two years ago.

“We continually evaluate every aspect of our football team and we came to the decision that it was in our best interest to release Eric,” Chiefs general manager Brett Veach said in a statement. “Knowing what Eric has meant to this organization and this city made this an incredibly difficult decision. We wish him nothing but the best.”

Berry, a cancer survivor and the No. 5 overall pick in the 2010 NFL Draft, appeared in 89 games during nine seasons with the Chiefs. He totaled 14 interceptions, was selected five times for the Pro Bowl, and made NFL All-Pro first team three times during that span.

“On behalf of my family and the entire Chiefs organization, I want to thank Eric for his many contributions to the Chiefs over the last nine seasons,” Chiefs Chairman and CEO Clark Hunt said in a statement. “Eric has been a tremendous leader for our football team and an inspiration to so many fans over the years, and we sincerely appreciate all that he has meant to the Chiefs. He will always be an important part of our Chiefs family, and we wish him nothing but the best in the future.”

The move is the latest in an offseason defensive overhaul for the Chiefs, who fired Bob Sutton within days of an AFC Championship Game.

The Chiefs are expected to move away from Sutton’s 3-4 scheme in favor of a new 4-3 base system under new defensive coordinator Steve Spagnuolo.

The Chiefs are expected to sign Tyrann Mathieu, a former Arizona Cardinals and Houston Texans safety, to a three-year, $42 million deal.

Mathieu effectively replaces Berry, whose contract still will count $6.95 million against the salary cap this year and $8 million next year as a designated post-June 1 cut.

Berry’s career with the Chiefs was marked by incredible peaks and valleys.

He helped the Chiefs win an elusive AFC West title as a rookie in 2010 with a team-high four interceptions and 87 tackles — second only to Derrick Johnson that season.

During his second season, Berry suffered a torn ACL in the season opener and missed the rest of the season.

He struggled in coverage when he returned to the field in 2012 during a miserable 2-14 season under Romeo Crennel.

Berry seemed resurgent in 2013 with three interceptions, including two returned for touchdowns, and a career-high 3 1/2 sacks during coach Andy Reid’s first season in Kansas City.

“Seeing his passion and watching his love for the game has been truly remarkable,” Reid said in a statement. “He’s a special person, and we wish him the best as his career moves forward.”

Berry was limited to six games in 2014 before revealing he’d been diagnosed with Hodgkin’s lymphoma.

A year later, Berry was the NFL Comeback Player of the Year after totaling 61 tackles, two interceptions, and 10 passes defended in 2015.

Berry backed up that performance with an even better season in 2016 — matching his career-high interceptions (four) and interception-return touchdowns (two).

The Atlanta native also amassed 77 tackles with a forced fumble a returned a two-point conversion interception for the game-winning points in a homecoming game against the Falcons.

He was rewarded with a massive contract, but suffered a torn Achilles’ tendon in the 2017 season opener and missed the rest of the season.

Berry returned for the 2018 season, but injured his other heel early in training camp and was listed as day-to-day until December, when he played — a limited number of minutes and with limited effectiveness — in two games.

After missing the AFC Divisional round victory against the Indianapolis Colts, Berry played in the Chiefs’ overtime loss against the New England Patriots in the AFC Championship Game — which turned out to be his final game.

Berry — who also won the Ed Block Courage Award in 2015 after returning from cancer and twice was selected as the Derrick Thomas Award winner as the Chiefs’ MVP (2015, 2016) — is tied for second in franchise history with five interception return touchdowns.

The move clears $9.55 million from the salary cap this season, but the Chiefs won’t see the bulk of that savings until June 2 under NFL collective bargaining rules. If he remained on the roster Friday, another $7.25 million of Berry's salary would have become guaranteed.