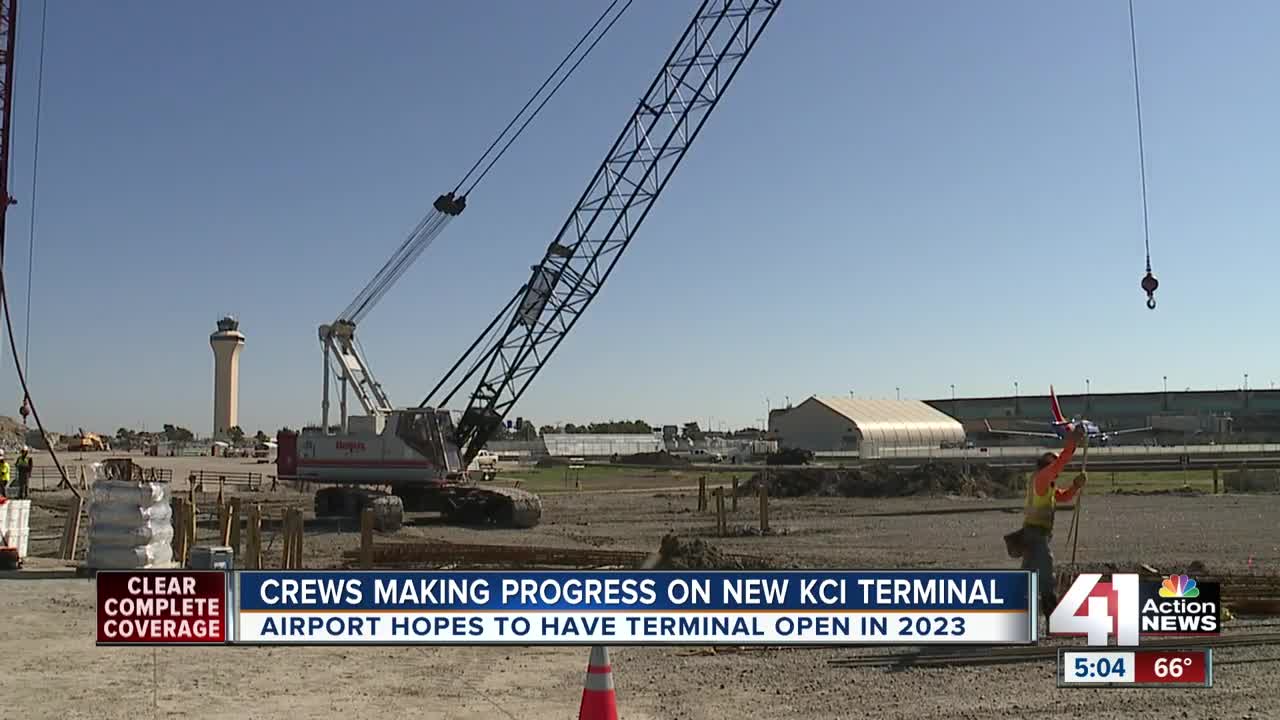 The focus Thursday at the site of the new single-terminal Kansas City International Airport currently under construction was deep underground. A Bonner Springs contractor has started building the deep foundation for the project. 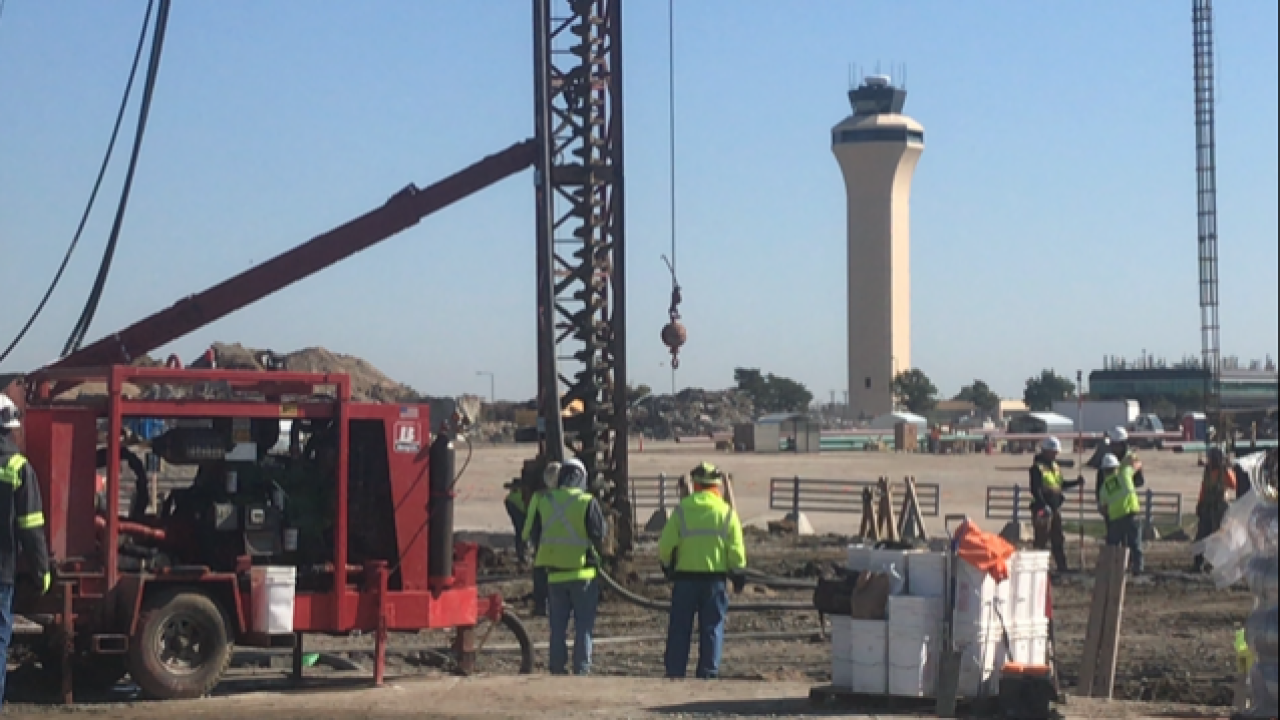 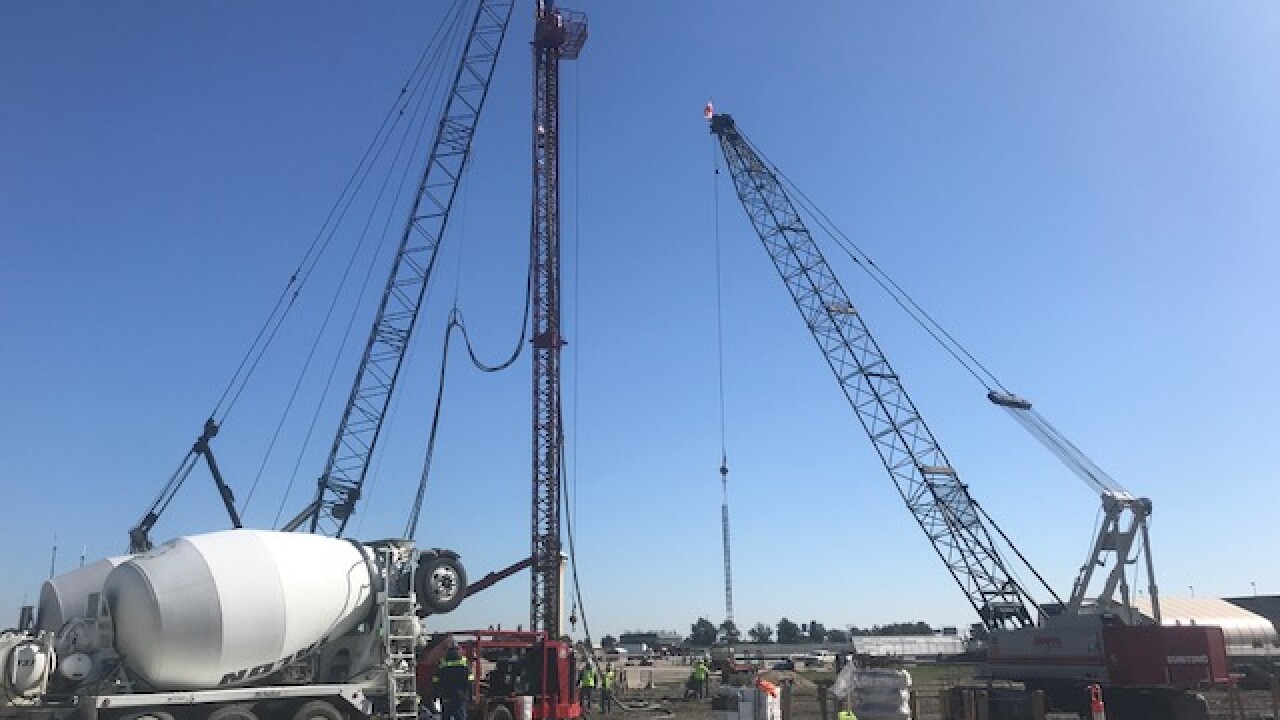 KANSAS CITY, Mo. — The focus Thursday at the site of the new single-terminal Kansas City International Airport currently under construction was deep underground.

Passengers taking off or landing at KCI in recent week may have noticed two new cranes, which together play an important role in building the foundation for the new terminal.

"It's a milestone date in which we get started with (what) is going to be the foundation, just like on your house, to keep it sinking in from the ground," Edgemoor Infrastructure and Real Estate Development Director Daniel Moylan said.

During the next few months, that means a process of drill, inject and repeat.

"As the auger is pulling out dirt, they pump a high density cementitious grout in its place, which create a pillar in the ground," Moylan said.

More than 2,000 pillars, some as deep as 80 feet below ground, will make up the foundation.

Berkel, a company based in Bonner springs, is the project's deep foundation contractor. The company's other projects include entertainment venues, casinos, power plants and work at the Pentagon.

The deep foundation work is expected to be completed by early spring. The goal remains for the new terminal to open to passengers in early 2023, shortly before Kansas City hosts the 2023 NFL Draft.

City leaders broke ground on the project in March.