Join the Red Cross to help victims of tornadoes, flooding 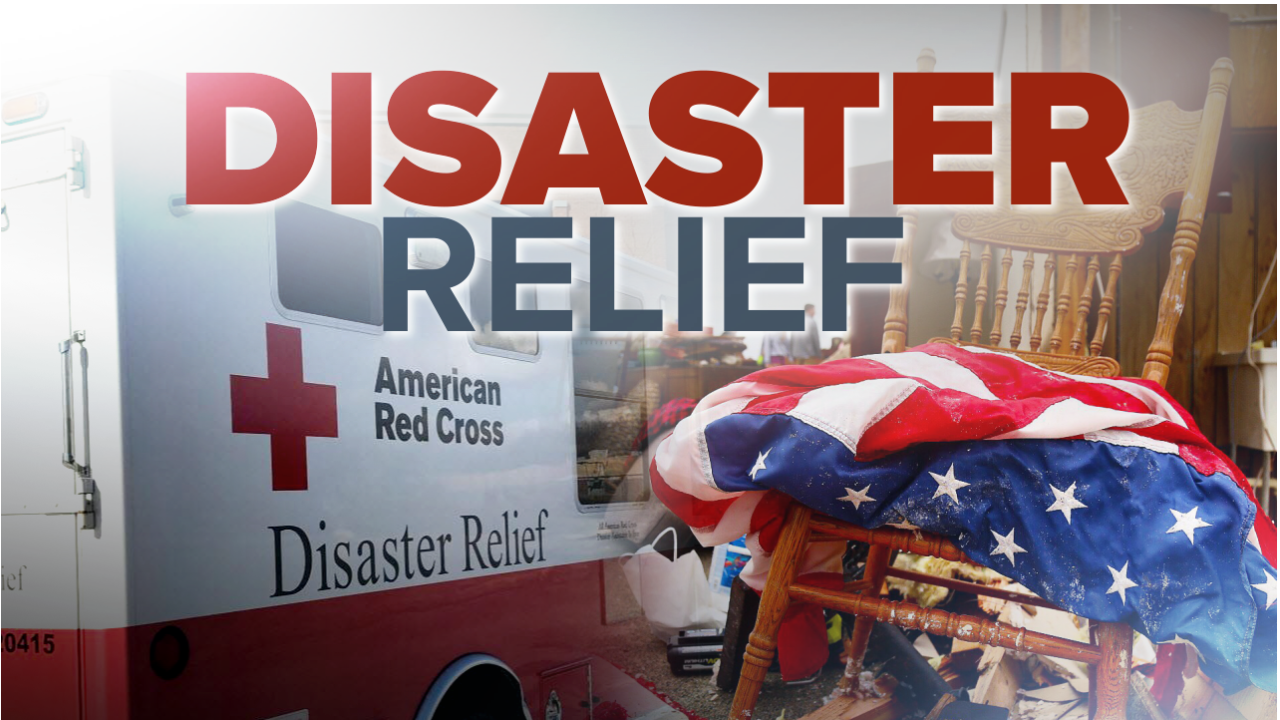 41 Action News has teamed up with the Red Cross to collect donations for those affected by recent flooding and severe storms.

KANSAS CITY, Mo. — Many Kansas City metro residents have been deeply affected by spring flooding and severe storms that have caused damage throughout much of the Midwest.

Flooding began in March, when the Missouri River rose and inundated several towns in northwest Missouri.

The water receded over the next several weeks, but came back with greater force in late May. Many had not recovered from the first round of water, especially farmers who have not been able to get crops in the ground.

As the flooding returned, spring storms also began to move through the area.

On May 28, a category EF-4 tornado plowed a mile-wide path through Douglas and Leavenworth counties in Kansas. Those counties sustained significant damage and were added to a list of Kansas counties included in a federal disaster declaration.

Linwood, Lawrence and Bonner Springs were the towns most affected by the storm. Several people were injured, but no one was killed.

The tornado reformed with EF-2 strength and damaged parts of Excelsior Springs and Kearney in Clay County, Missouri.

41 Action News has partnered with the Red Cross to support those in the community affected by the storms and historic flooding.

An estimated 44 people lost homes in the tornado and another 129 sustained damaged, while 159 other buildings were also destroyed. The damage in Leavenworth County alone was estimated at $26 million.

The towns of Levasy, Hardin, Tracy, Craig and many others have been swamped with floodwater, which continues to rise.

With the Interstate 29 corridor closed for over a month following the initial flooding and closed again due to returning water, business and towns along the interstate are struggling to keep their heads above water.

Homes were lost and livestock stranded as the flooding moved through rural areas and crept closer to the heart of the metro.

The Red Cross has opened shelters for those affected in Buckner and Mound City.

Monetary donations will go toward operating the shelters as well as other aid projects throughout the region.

Join the 41 Action News team and the Red Cross to lend a hand to those affected in the Kansas City community and donate now.