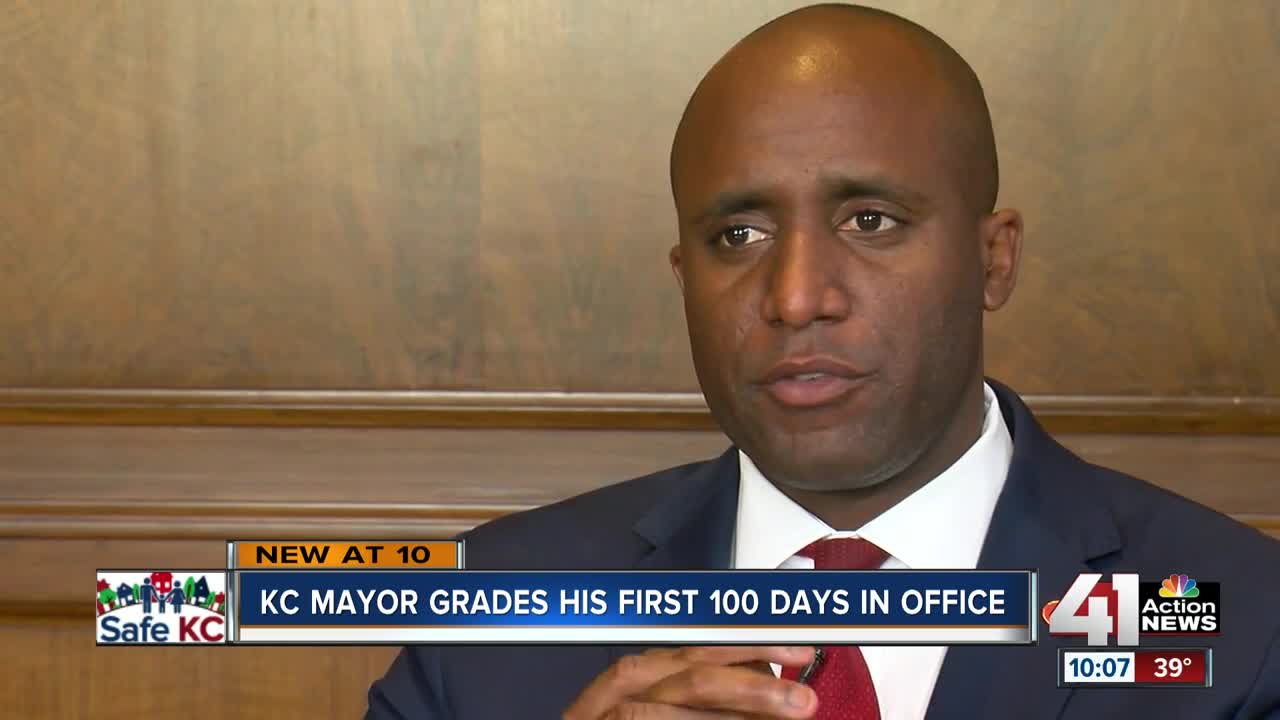 The honeymoon period was short for Kansas City, Missouri, Mayor Quinton Lucas, who recently sat down with 41 Action News anchor Kevin Holmes to reflect on his first 100 days and the work still ahead to make the city safer. 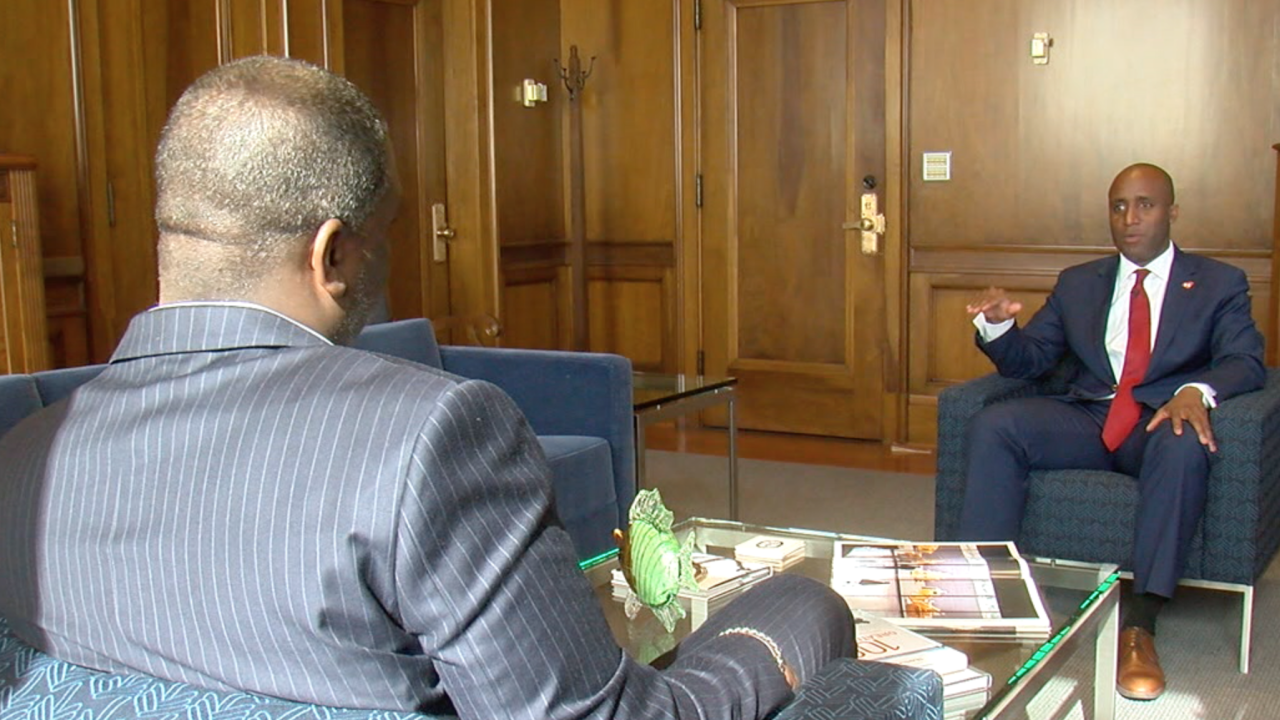 “The evening I was sworn in, somebody was shot and killed, a man shot at a bus stop off Indiana (Avenue)," Lucas said during a recent interview with 41 Action News anchor Kevin Holmes. "That crime is still unsolved, by the way. Erin Langhofer is killed the next day in a tragedy and then somebody was killed every single day for the next six or seven days.”

Fast forward to Lucas' 100th day as mayor, Kansas City is on pace to have its deadliest year in recent history, including 8-year-old Brian Bartlett. He was killed as he slept in his bed.

Lucas' first 100 days have seen heartache, but the administration also has taken steps to combat crime.

During his first month, Lucas proposed and the KCMO City Council passed two ordinances, which make it illegal for minors to possess handguns in city limits and bar selling a gun to a minor.

So, how he would grade his job so far? Lucas said an “A” isn't appropriate.

“Inappropriate when you look at the level of violence we have here," Lucas said. "But we tried hard and I think what you’ve seen with this administration, which might be new in some ways, is that every day we’re not saying that’s somebody else’s problem. We’re saying it’s our own, so I’ll give myself a B-minus right now.”

Among those possible solutions: “To make sure that we’re working together in unison, to get more funding for trauma treatment," he said.

The spiking homicide rate, after all, is just one part of the equation.

"This year in Kansas City, there may be 500 people who are shot, but live," Lucas said. "We need to make sure there’s trauma treatment for them.”

Lucas said KCMO residents can expect a bigger investment in neighborhood policing and more detectives on the streets, all things he will include in next year's budget. But what about the seven weeks left in 2019?

“At the Rose Brooks Domestic Violence Shelter, we announced our ordinance to protect victims of domestic violence," Lucas said.

The proposed ordinance makes it illegal for a person convicted of domestic violence to carry a gun.

The mayor said over the next 100 days, he’ll work with the goal to get Kansas City under 100 homicides next year. It’s something Lucas said will help preserve the innocence of all ages.

"Every second-grade classroom was about the same," Lucas said. "They all have promise. They’re excited. They’re all asking questions like, ‘What does the mayor do? Have I met Patrick Mahomes?’ And I have. The thing that gets me is what can I do to make sure that that 7-year-old lives to 17?" ... It breaks my heart. Leaving a school visit and I know the statistics were telling me one thing versus another.

"That’s the change we have to make in Kansas City long term or else everything under the sun — baseball stadiums, new office buildings, all that — aren’t going to mean anything unless you can take care of the people in the community.”