The Oscars: Guide to 2020 Best Pictures Nominees: Once Upon a time in Hollywood 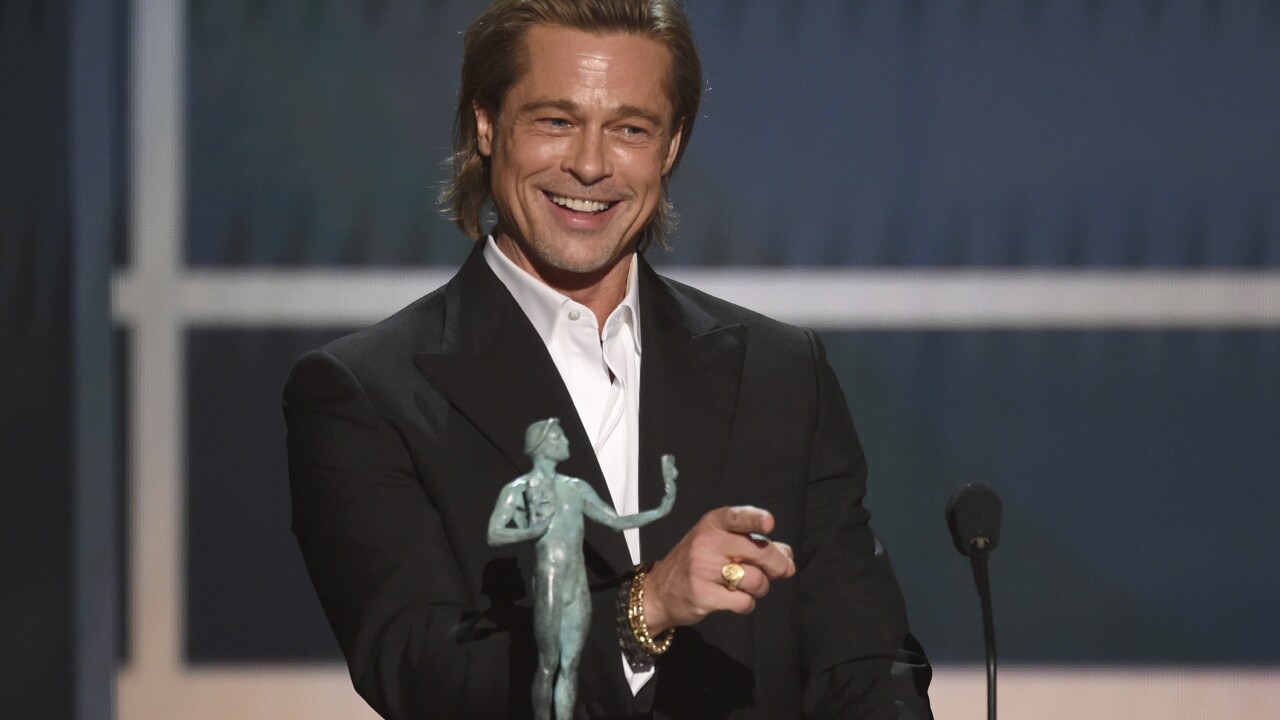 Chris Pizzello/Chris Pizzello/Invision/AP
Brad Pitt accepts the award for outstanding performance by a male actor in a supporting role for "Once Upon a Time in Hollywood" at the 26th annual Screen Actors Guild Awards at the Shrine Auditorium & Expo Hall on Sunday, Jan. 19, 2020, in Los Angeles. (Photo/Chris Pizzello)

Once Upon a Time in Hollywood

What it’s about:
Set in Hollywood in 1969, the film is centered on Rick Dalton (Leonardo DiCaprio) a one-time star of a television western series whose career is fading. His stunt double/ driver/ best buddy Cliff Booth (Brad Pitt), is a laid back, go with the flow kind of dude who happens to possess some seriously deadly fighting skills. When Sharon Tate moves in next door to Rick, it puts the hapless duo in the path of Charlie Manson and his legion of scary followers.

See it:
Quentin Tarantino continues to grow as a director and delivers one of the sincerest and genuinely moving films of his career. There is a dream like quality to his vision of Los Angeles in the sixties, hence the fairy tale title, relishing in a more innocent time threatened by the burgeoning violence and corruption of the future. Tarantino revels in the relics of old Hollywood recreating sequences from classic television shows of the fifties (like “Gunsmoke”), Spaghetti Westerns and Bruce Lee’s “The Green Hornet” tv show. DiCaprio and Pitt deliver an abundance of charisma and star power proving they are two extremely talented actors still at the peak of their careers. The script is surprisingly tender to its characters, providing a complicated portrait of two middle aged men realizing the best moments of their lives are behind them.

Skip it:
The character of Sharon Tate, played by the luminous Margot Robbie, is supposed to represent the unblemished innocence and beauty of early Hollywood and of a budding career and life full of potential. Unfortunately, the way Tarantino choses to represent this concept is with endless shots of Robbie’s legs and without giving her any dialog. DiCaprio’s and Pitt’s characters are provided with a depth that is sorely missing in the role Robbie is given. The film ends in a cacophony of violence, not uncommon in Tarantino’s previous films, that may repel some viewers.

Oscar Chances:
Brad Pitt is the favorite to win for Best Actor in a Supporting Role and Tarantino has a chance at Best Original Screenplay.

Oscar results:
Brad Pitt won for Best Actor in a Supporting Role and the film won for Production Design.